Buffa: The Cardinals need to make room for Jose Martinez

Here's the thing. If Matt Carpenter isn't 100% or his back barks again, sit him down and insert Martinez. The Cardinals must find room for this unstoppable bat. The worst thing you can do to a hot bat is stick it in the freezer or make it wait. If Carpenter isn't full functional, see where the Martinez train goes.

When Jose Martinez played in his first professional baseball game, the St. Louis Cardinals were in the middle of a tumultuous season that would ultimately result in a World Series title. Martinez was in the Venezuelan Summer League playing for the VSL Orioles/White Sox team. May 15, 2006.

Martinez would earn a walk and hit that day, but it would take 800 games and a decade for the guy they call "Cafe" to reach the Cardinals organization in Memphis. In his first game with the Redbirds, Martinez collected two hits, including a double. May 27. 2016.

Martinez may come from modest beginnings, but he's enjoying a late-career rise that few saw coming. Think of Tommy Pham's breakout season, but without the years-long hype that preceded Pham's 6.0 WAR season in 2017. By the time Martinez played in his first Major League game on Sept. 6, 2016, teams had forgotten about him and the Cardinals were filling out lineup cards in a disappointing season.

Martinez was one of the bright parts of a failed playoff run that season, going 7-16 with more walks (2) than strikeouts. In a lineup that handed strikeouts to opposing pitchers like a loving grandma on Easter Sunday, Martinez was something else. He'd work a pitcher over, seeing all his pitches without offering at the ones that asked a hitter to negotiate. It was a small taste of Martinez's ability and the popular narrative was, "give it time before you fully buy into the Martinez hype".

2017 confirmed that the man wasn't going anywhere. Get this. The more he played, the hotter Martinez's bat became.

After a respectful first half that included five home runs and a .785 OPS, Martinez exploded in the second half with a slash line of .333/.424/.565. He clubbed nine home runs and seven doubles while drawing 24 walks compared to just 30 strikeouts. He played the outfield and a lot of first base, but he also showed an ability to come off the bench. Those late at bats that keep a pitcher honest could mean a win or loss to a team like the Cardinals who love to engage in close battles.

September belonged to Martinez again. In every game Martinez played in during that disappointing month for the team, he reached base. Sure, his total base count of 47 was sweet, but a .987 OPS that month was sinister. He had seven multi-hit games in September as well.

Spring training hasn't slowed him down. He's 10-32 with two home runs and four doubles. Martinez just keeps on hitting. He's like a taller version of Placido Polanco, the greatest unknown hitting machine. There's a little flash to Martinez's swing, but the finish is the real deal. He clubs baseballs to all fields and destroys left-handed pitching while producing modest results against right-handed arms.

Here's the thing. If Matt Carpenter isn't 100% or his back barks again, sit him down and insert Martinez. The Cardinals must find room for this unstoppable bat. The worst thing you can do to a hot bat is stick it in the freezer or make it wait. If Carpenter isn't fully functional, see where the Martinez train goes.

If not, the man will find a way into the lineup. He'll keep Carpenter, Jedd Gyorko, and the outfielders honest. He's the new secret weapon that the Majors still doesn't know about.

What's even better? Martinez will make a league minimum $535,000 this year and isn't arbitration eligible until 2020, aka when Carlos Martinez and Alex Reyes take over the world in redbird colors. The Cardinals have a great producer on an MLB Dollar Store price.

Sure, he's only got 325 career plate appearances, which is a little over half a season, so the need to curb the enthusiasm on Martinez is a viable idea. Then again, in a season that's hard to predict, let's have some fun with great stories like Martinez.

On top of it all, he's a great guy and teammate. If you asked anyone at the Winter Warm-up, they'd rave about his attitude and sense of humor. The guy isn't a diva nor does he demand a portion of the team ego like Pham. He just wants to play. One would say he's happy to be in the Majors after 890 career minor league games and 3,200 career minor league at bats.

When I was leaving the Hyatt Regency Hotel after the Warm-up in January, I saw Martinez waiting by the exit. He was on his phone waiting for a ride. For a few minutes on a weekend of professional reporting, I allowed myself to be a fan for a moment. I walked up to Martinez and told him, "I am rooting for you this year." Most writers would say that's not a good thing to do, but I didn't care. It's hard to not root for a guy like Martinez, who scrapped for nearly a decade in the minor leagues.

About four blocks from the Busch Stadium press box and baseball field, I wished Martinez well.

Something tells me he won't need any luck moving forward in his career. 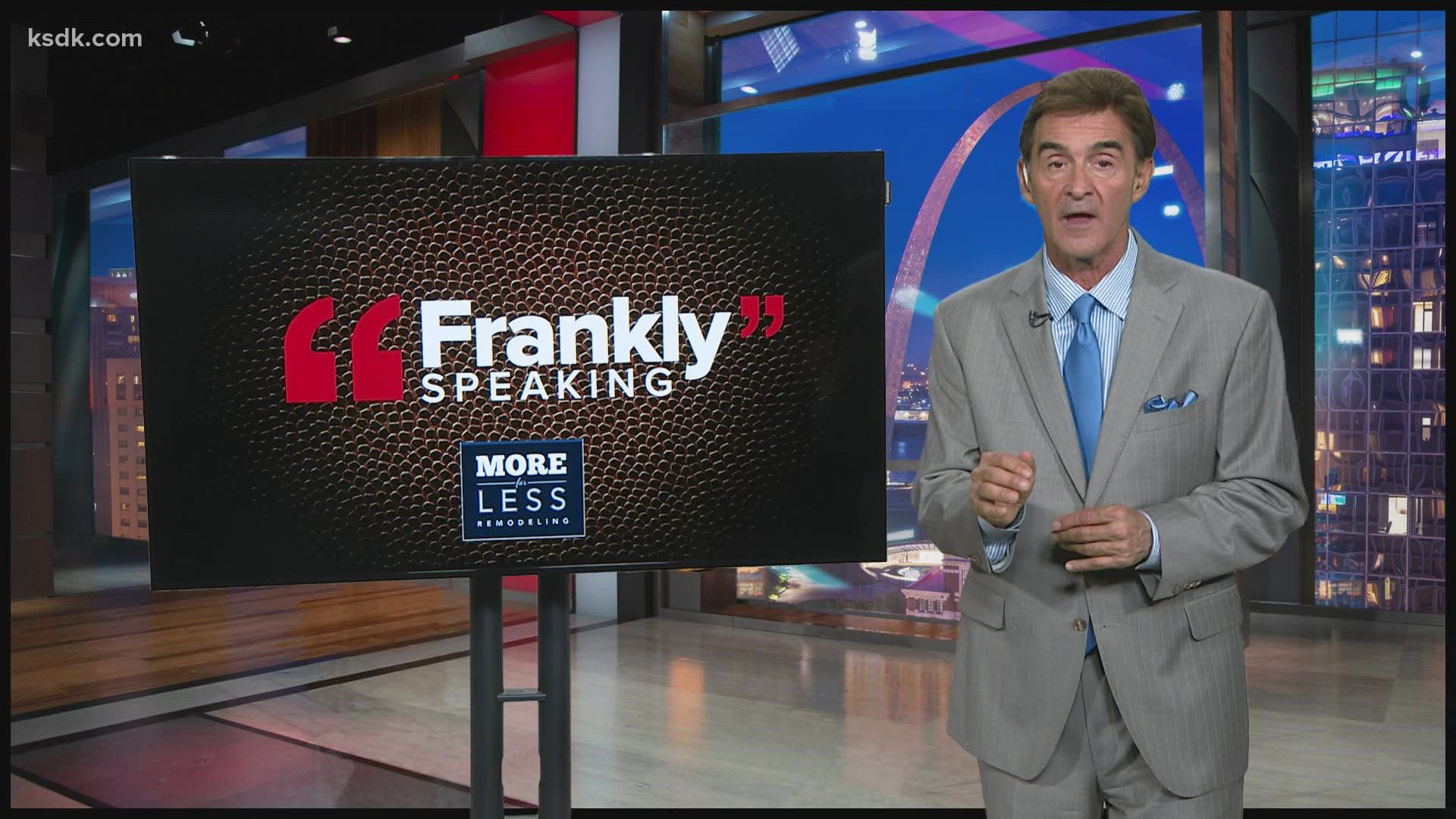