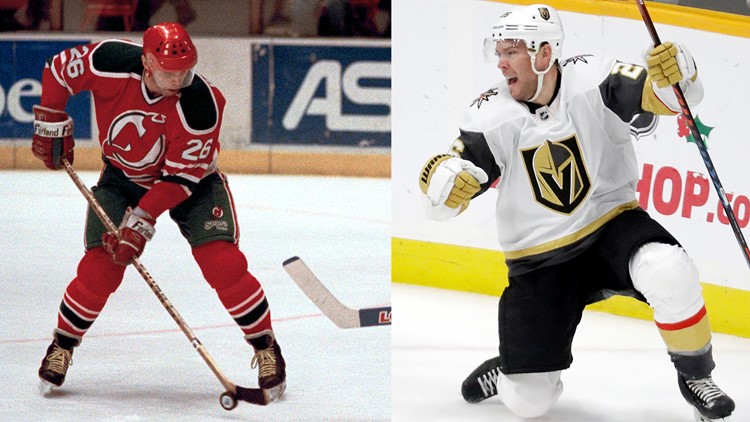 The name "Stastny" carries a lot of weight in the NHL, especially in St. Louis.

Peter Stastny accumulated 1239 career points in 14 NHL seasons, his last two coming with the Blues in the 90's. He had 18 points in 23 games playing for the Blues.

His older son, Yan, grew up in St. Louis and attended Chaminade. He played five years in the NHL, with three of them coming as a member of the Blues. Peter's younger son, Paul, also went tot Chaminade and is still currently playing in the NHL with the Vegas Golden Knights. Paul played for the Blues from 2014 to 2018.

This week, the Stastnys made some NHL history.

With Paul's goal against the Nashville Predators on Wednesday, he topped the 700 point total for his career. He and his dad also became just the third father and son duo in NHL history to both reach 700 points.

Gordie and Mark Howe and Bobby and Brett Hull are the only other father/son duos with 700 points each.

Paul Stastny had 56 goals and 119 assists as a member of the Blues.

RELATED: Blues suffer another injury as Sundqvist heads to IR

RELATED: Blues make comeback but come up short in shootout loss to Predators