'People are so excited' | How St. Louis City SC decided on a name and brand for the newest franchise in town

St. Louis City SC is here. But how did they settle on a name, colors and crest? The owner explains 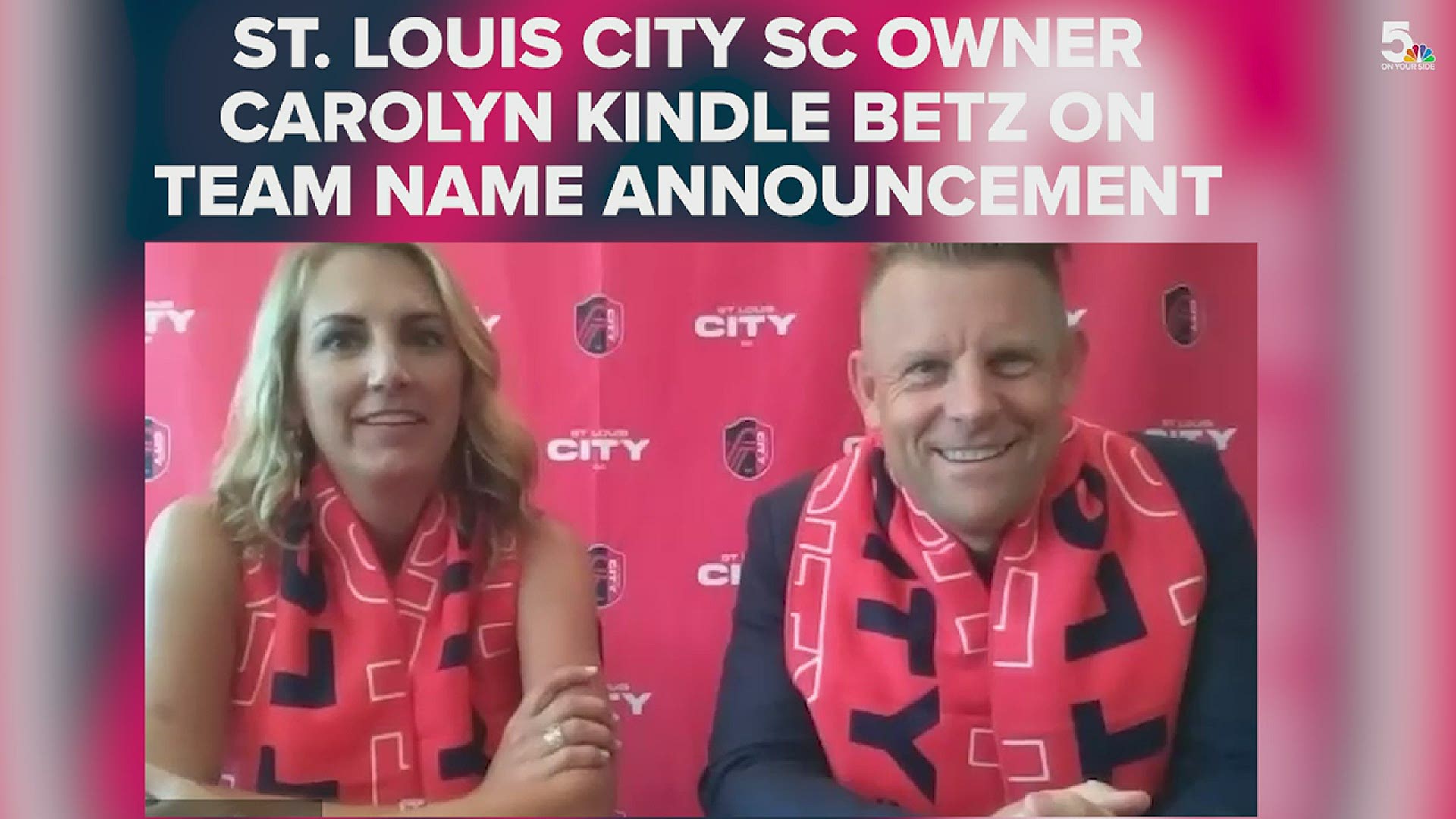 ST. LOUIS — After mostly depressing sports news in St. Louis in 2020, the city got some welcome, exciting news on Thursday.

In front of an fake crowd of cardboard cut outs and a virtual crowd of thousands of fans via livestream, we were introduced to St. Louis City SC for the first time.

Franchise CEO Carolyn Kindle Betz had the honor of making the official announcement and unveiling of the team name, colors and crest. But how did all of it come to be?

5 On Your Side sports director Frank Cusumano was able to chat via Zoom after the historic announcement with Kindle Betz and the chief brand architect, Lee Broughton, about what went into the final choices.

First up, the name.

"Basically we are really excited to celebrate the region and all of its diversity, iconography... the neighborhoods. And that's where the name kind of resides," Broughton said. "The fans very quickly in over 6,000 submissions that came in overwhelmingly trended the city piece as part of the name. So that's where that came in."

And a fun tidbit? The "SC" in the team's name not only stand for "soccer club", but for "soccer capital", as a nod to St. Louis' rich history of the game over the years.

But how about the colors? The shade of red is something unique to St. Louis City SC, and that's by design.

"We definitely wanted something that was uniquely St. Louis City SC. And you know Cardinals red has been Cardinals red for decades. It's known internationally. And when we had our opportunity to have our own little flair on it we certainly took it," Kindle Betz said.

Credit: UPI
Team CEO Carolyn Kindle Betz, displays the name of the soccer team, their colors and crest during a virtual press conference at Harris Stowe State University in St. Louis on Thursday, August 13, 2020. The name of the team scheduled to play in 2023 is the St. Louis City SC, with the colors being red and navy blue. Photo by Bill Greenblatt/UPI

An finally, the crest. How did the one-of-a-kind crest with the arch and river features come to be?

"And in terms of the colors and the crest and everything, it was a group of local, diverse talented designers that collaborated together around the inspiration of the St. Louis City flag. And then we really wanted to make sure that we were kind of symbolizing something that was about our future, because we were trying to brand something that doesn't yet exist. Today is our birthday in many ways, because we've been a movement up until now and now we are a brand, so it's really a celebration of all of that," Broughton said.

So far, the response has been loud on social media, mostly in approval.

Of course there are still some minor details to take care of before we're actually watching a St. Louis City SC game. You know, like forming a roster, finishing a stadium, making uniforms and hiring staff. But Thursday's announcement was a springboard to the next phase.

There's a lot of work left, but Kindle Betz is ready to get going in the years leading up to the team's 2023 debut in the MLS, and she's looking to keep the fans involved.

"We need to get some key hires done... But we need to continue our conversations with fans. We have to go back to those fan focus groups. Granted, they'll look different than than they did January first," Kindle Betz said. "Really start to involve the community. Because we don't have a mascot, we don't have a nickname. We're really hoping the fans will have a lot of say and that will grow organically."