"I am grateful for this chance to play such a role in the lives of today's youth to help fulfill their dreams on and off the field," Maclin said 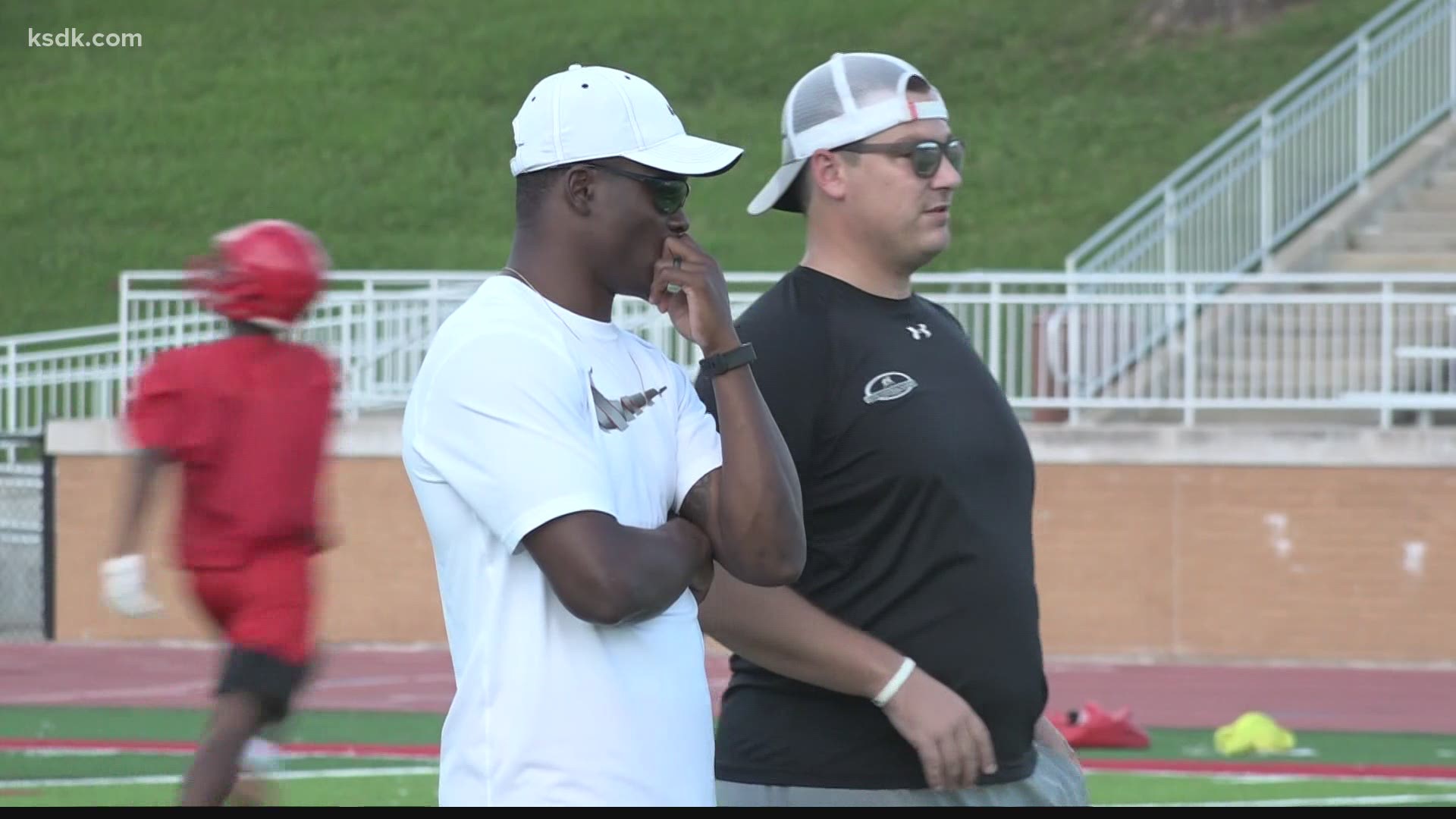 KIRKWOOD, Mo. — The Kirkwood School District announced the next head coach for its football program this week — and it's a familiar name for both NFL and Mizzou football fans.

Maclin will succeed coach Farrell Shelton, who announced his retirement at the end of the 2020 football season. Shelton served as head coach at Kirkwood for six seasons.

"It comes with a great deal of excitement that pending board approval, we are announcing Jeremy Maclin as the next Head Football coach at Kirkwood High School,” Nesslage said. “When you look at what Coach Maclin has accomplished on the football field and how the game of football has made a positive impact on his life, we are excited about the possibilities of Coach Maclin leading our young men to show them from a leadership role as the head coach how impactful Kirkwood High School can be for our student-athletes.”

Maclin has been part of the Kirkwood High School football program as a former player and assistant coach. While at Kirkwood as a student-athlete, he excelled in multiple sports which propelled him to an All-American career at the University of Missouri.

He was named a member of the Kirkwood High School All-Century Football Team in 2007 and was inducted into the Kirkwood Athletic Hall of Fame in 2013.

In 2009, Maclin was a first-round draft pick in the National Football League with the Philadelphia Eagles. He played in the NFL for 10 seasons with the Eagles, Kansas City Chiefs and Baltimore Ravens.

After retiring from the NFL, Maclin returned to Kirkwood and served as a wide receiver coach and offensive coordinator/quarterback coach the past two seasons.

"I am deeply honored to be recommended as the next head football coach at Kirkwood High School,” Maclin said. “It is a privilege to return to my alma mater and have an opportunity to share my experiences and perspectives with current and future students at Kirkwood. I have been blessed in my life to have mentors and coaches who have had a lasting impact on me. I am grateful for this chance to play such a role in the lives of today's youth to help fulfill their dreams on and off the field."