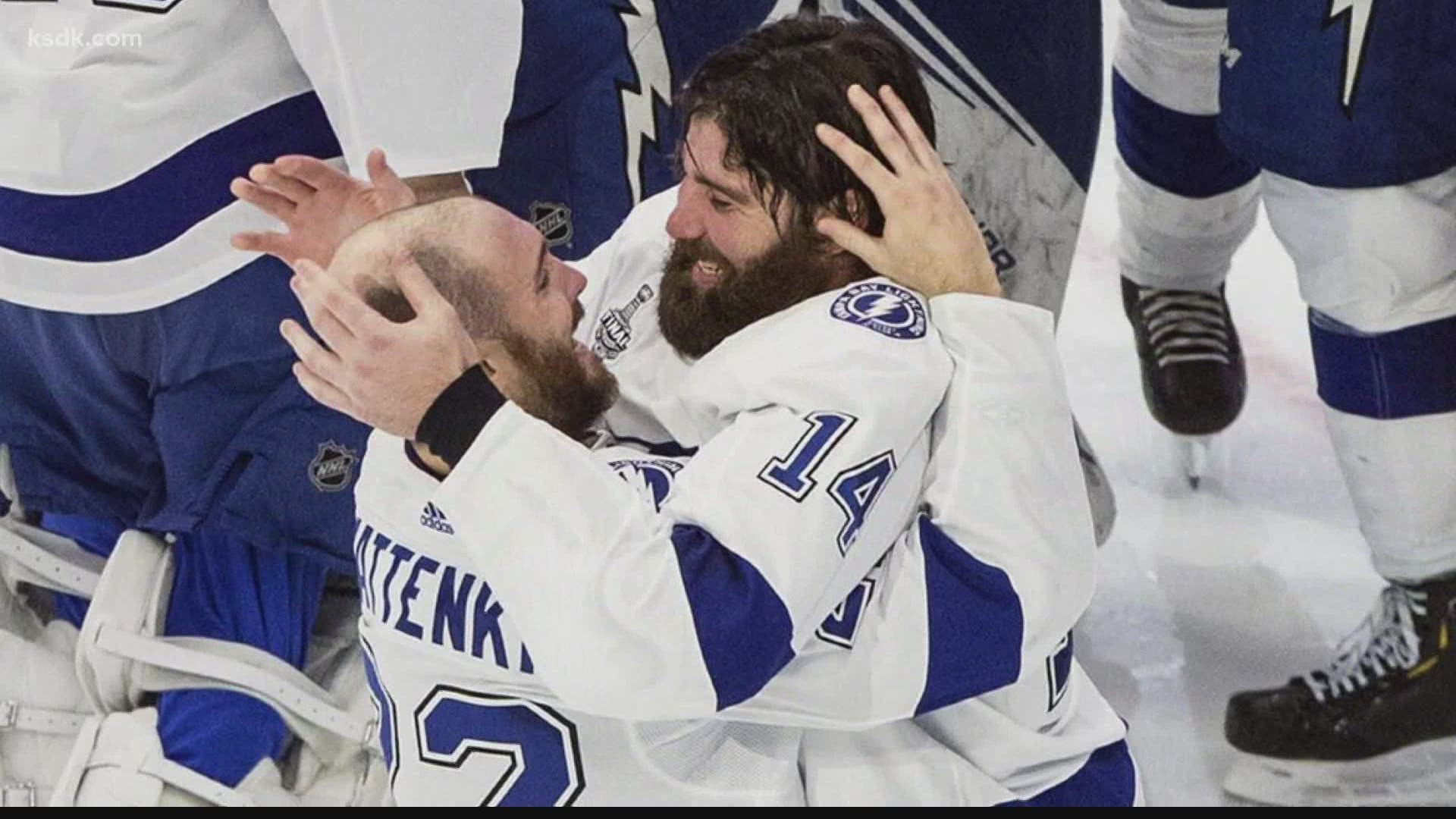 Maroon — also a member of the Lightning in 2020 when they won it all — was, of course, a key cog in the Blues' 2019 storybook run to the first title in franchise history. His goal to win Game 7 of the Blues' second-round series against the Dallas Stars in double overtime remains one of the most iconic moments in the history of the organization.

With his third straight Cup, Maroon became just the fourth player in NHL history and the first since 1964 to win the Stanley Cup in three straight seasons with two different teams.

"It’s a great achievement," Maroon told the Associated Press Monday morning about possibly pulling off the feat. “It would be an amazing accomplishment, that’s for sure... It’s exciting, though, to be talked about like that.”

“He’s one of those guys that gets guys laughing in the dressing room, and obviously he’s a big part of their forward group,” Maroon's former Blues teammate and opponent on Montreal Joel Edmundson told the Associated Press. “He’s going to hold on to the puck down low and play in the offensive end behind the net. He’s just obviously a big body and a good locker room guy.”