An Albert Pujols return to St. Louis would be a dream for Cardinals fans. But does it make sense for the team, or Pujols himself? 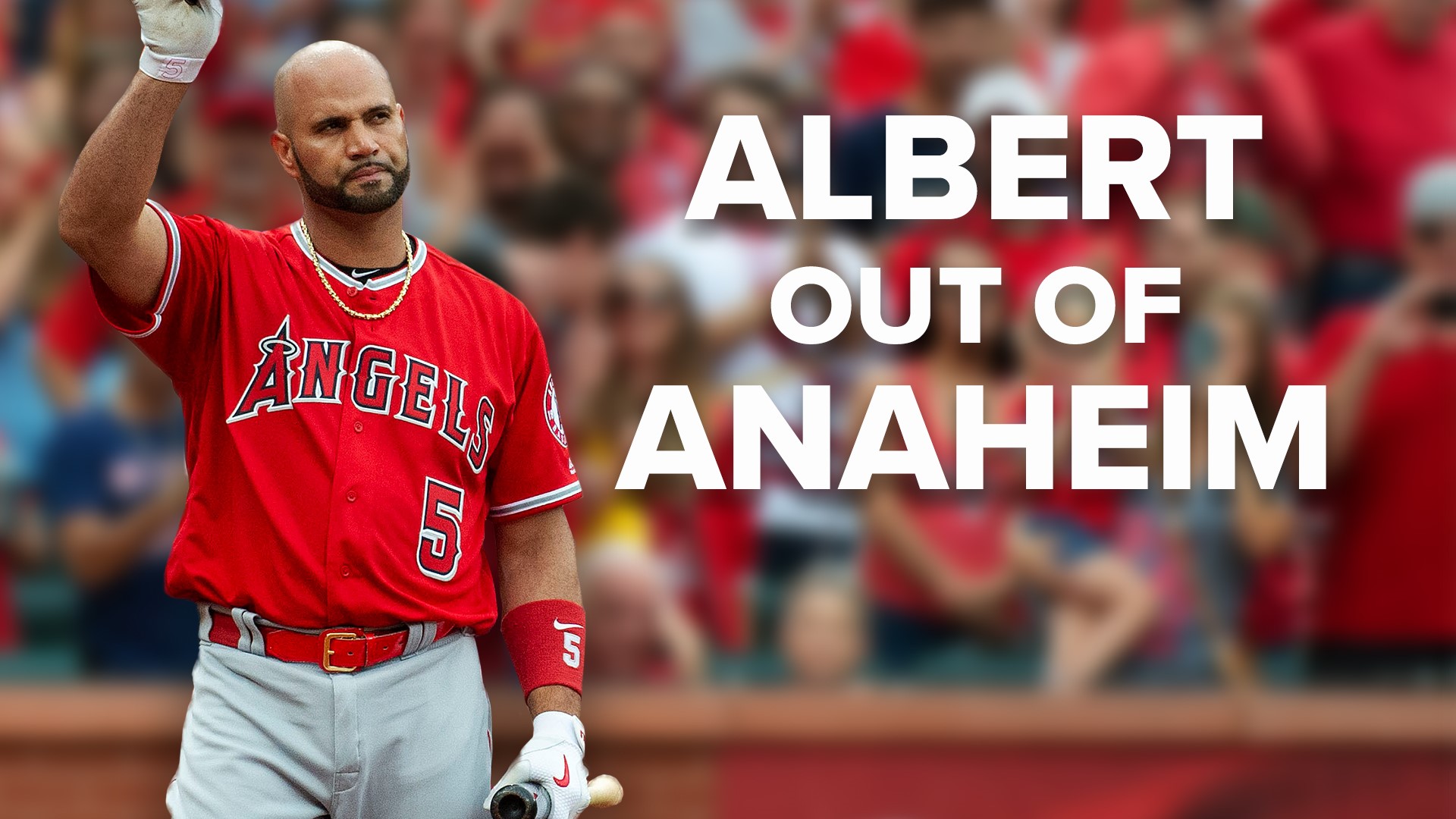 ST. LOUIS — After news broke on Thursday afternoon of The Angels' decision to designate one of the greatest baseball players of all-time for assignment, it wasn't a shock to see many fans from his former stomping grounds want him back.

The special relationship between the Cardinals, their fans and Albert Pujols is evident. His return in 2019 cleared up the status of that bond.

But that doesn't mean the Cardinals should bring him back, now that he's about to be on the open market. It doesn't make sense for the team, or the player. For now...

As a sucker for both nostalgia and baseball, there's nothing I'd love to see more than Albert Pujols returning to St. Louis. The guy was pretty much my entire childhood. From an emotional standpoint of course I'd want him back.

But when you look at all the variables, emotion can't be the guiding decision here.

Let's look at it first, from Pujols' perspective.

He's made it known he still wants to play. Heck, the straw that broke the camel's back appeared to be him not being in the lineup to face a pitcher he rakes against. He wants those at-bats.

Albert is just 33 homers from 700. Only three other players in history have reached that mark. Records and numbers in baseball mean something, and if he wants to get there I don't blame him. Why not?

But to get there he needs to be given as many at-bats as he can get. At 41 years old, he can't do this forever. At some point, he's going to tap out and call it a career. He needs, and wants, to go somewhere where he can play and get the opportunities to keep climbing that all-time ladder. That's not in St. Louis.

The Cardinals have a first baseman in his prime in Paul Goldschmidt, no designated hitter spot to give Pujols a start or two a week and getting a spot start every once in a while and a pinch-hit appearance every other game isn't going to get him to 700 before his body makes him retire. It's just not.

From the Cardinals' perspective, you'd be taking on a guy who could at best provide some pop off the bench, sell some more tickets and make the fans happy... But It's hard to argue you'd be a better team right now by adding this version of Albert Pujols to it. After all, there was a reason he was DFA'd by the Angels. He's not the same Albert Pujols we remember.

Basically, Pujols wants to get playing time and the Cardinals aren't going to actively sit a prime-of-his-career Paul Goldschmidt on a frequent basis to make it happen. And if they do, they should be ripped to shreds.

You know what does make sense?

Albert Pujols going to an American League team like Kansas City, Chicago, Seattle or Oakland for 2021 and getting a decent chunk of at-bats to try and put a dent in getting to 700. Then once the designated hitter eventually makes its arrival to the National League, the Cardinals reach out with a hometown deal in 2022 or 2023 for him to finish out his career here and possibly hit 700 as a Cardinal. That's the storyline I'd like to see.

His return in 2019 was one of the most magical sports moments I've ever seen. I'd love to see more of it. Just not right now.

At the very least, I just want him to end up somewhere. A career this great shouldn't end in a surprise DFA by the Angels. He deserves to go out on his own terms.