It's been a long time coming, but 2021 could have big things in store for Alex Reyes on the mound for the Cardinals 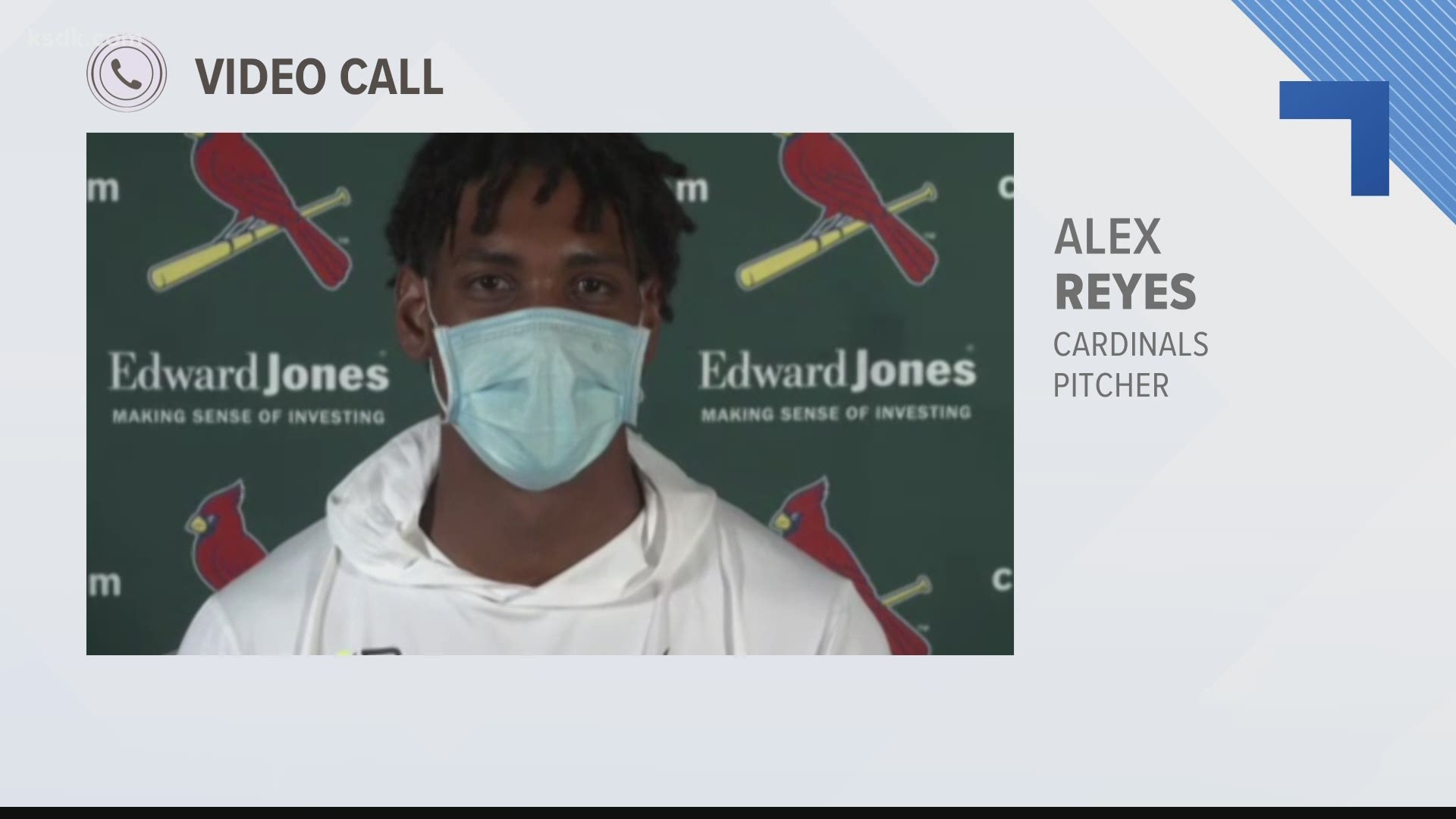 ST. LOUIS — If you bring up the name "Alex Reyes" around the Cardinals' fan base, you're likely to get a wide range of reactions.

It seems like he's been here forever but is still somehow just 26 years old. And he's yet to reach the level everyone has expected he would.

The journey from top prospect in baseball, to oft-injured fan-base-temptation to key piece of the 2020 Cardinals bullpen was no doubt a strange one. And Reyes knows it.

"The path that I had to take to get to where I'm at today has definitely been different and not ideal for anyone who wants to be a professional and be in the big leagues. But it is what it is," Reyes said via Zoom at Spring Training in Jupiter on Thursday. "Five years ago my goal was to make the big league club, and it still is today. The times have changed but the goal is still the same: To be a Major League pitcher and hopefully for a long time."

Reyes has appeared in just 32 regular-season games in his Cardinals career. He's suffered a torn UCL that required Tommy John surgery. He had to leave his highly-anticipated 2018 first start in Milwaukee with a strained lateral tendon. He punched a wall in frustration in the minors and broke his finger. He suffered a pectoral strain that ended his 2019 season.

But 2020, even in its pandemic-shortened flash of a season, gave us some intriguing glimpses of what Reyes could become.

By the end of the year, he was essentially the team's closer and one of their most trusted options out of the bullpen. In 11.1 September innings in 2020, Reyes allowed three earned runs and struck out 16 batters while walking six.

And finally getting another healthy offseason leading to this spring training only put him in a better position to continue that success.

"This offseason I was actually able to harness some things, get some things throughout my delivery smoothed out. And I can't say it was rust (perhaps slower start and stronger finish in 2020), because I'm a competitor. When I'm on the field I want to be able to execute pitches no matter what, but you know the more you throw, the more times you're out there the more comfortable you're going to get and I felt like towards the end of the season I was kind of getting towards that," Reyes said.

Flamethrower Jordan Hicks is back after his own Tommy John surgery and opting out of the 2020 season, so he's likely poised to reclaim the closer spot.

It will likely come down to the final rotation spot, or a possible high-leverage role in the bullpen for Reyes in 2021.

Jack Flaherty, Adam Wainwright, Kwang-Hyun Kim and Miles Mikolas look to be shoe-ins for rotation roles. Dakota Hudson is out for the season. So the fifth spot will come down to a battle between Reyes, Daniel Ponce de Leon and the unpredictable Carlos Martinez.

Wherever manager Mike Shildt slots him in, Reyes is ready to pitch as much as he can.

"I'm in a position to wherever the organization wants to use me, I mean however many innings we still haven't come up with a number, I don't think there will be a number, I think it's just kind of going off feel and how the baseball game actually goes," Reyes said.

Reyes won't be a free agent until 2024, and as I mentioned earlier is still just 26 years old. So even though it seems like we've been waiting on him a while, he's not short on time to figure everything out.

Along his frustrating journey so far though, he said he has gained perspective from watching one of his biggest, and smallest fans.

"I watched my daughter fight through cancer. I watched her in the hospital for a long period of time. Just knowing what she went through... Baseball is something I want to do for as long as possible but it's not the end of the world. She just put me in a different mindset. And I thought about the future and didn't dwell on the past," Reyes said.

The Cardinals and their fans are certainly thinking about Reyes' future as Spring Training camp opens for 2021.