Ballpark Village has several restaurant options for Cardinals fans looking to get in on the game day action downtown, including ticketed and reservation-only seats 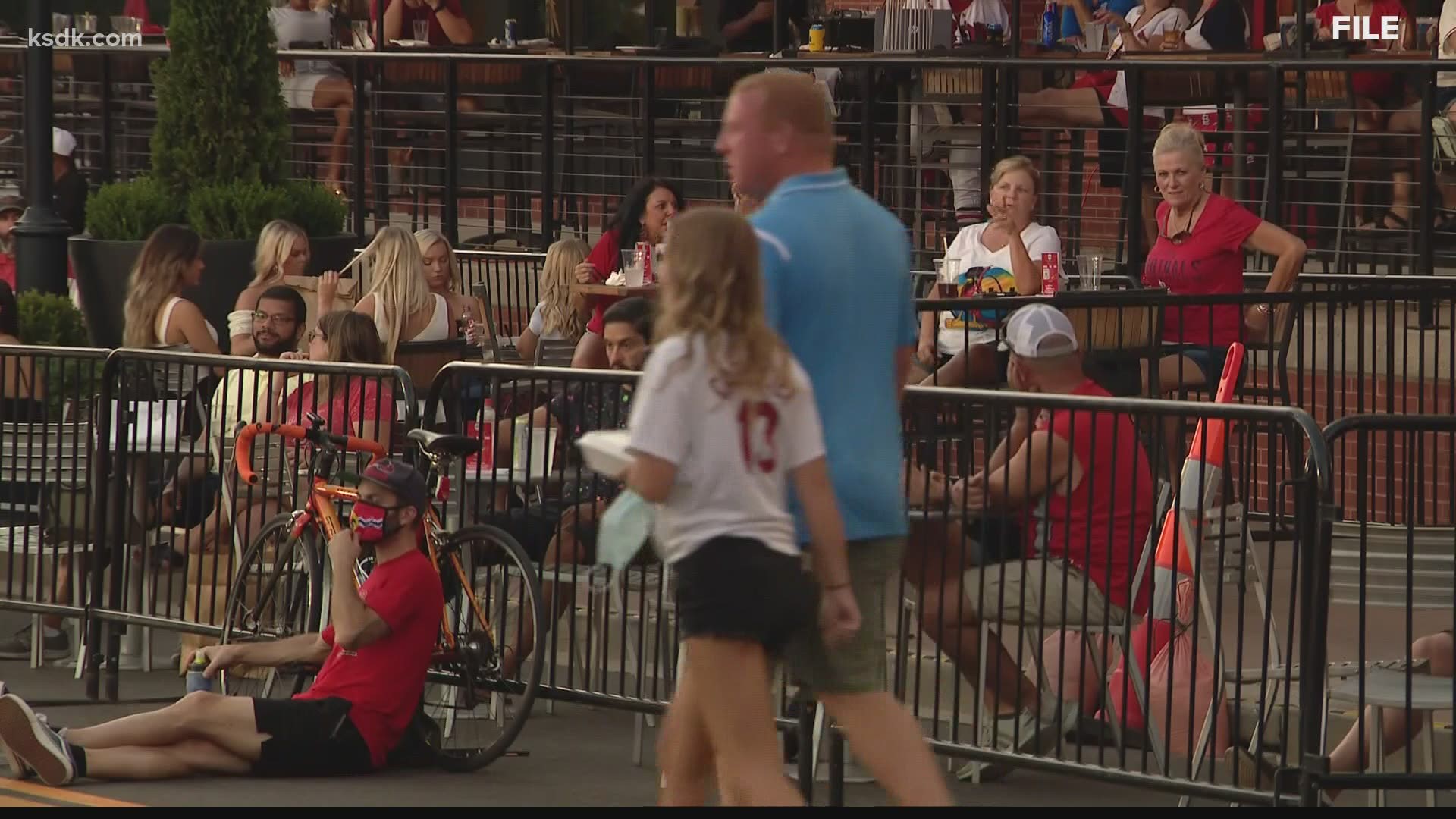 ST. LOUIS — In one month, fans will be filling (some of) the seats at Busch Stadium once again after the Cardinals announced a plan to safely allow crowds at ballgames. For those who aren’t able to snag a seat inside the stadium, there are a few options across the street.

Ballpark Village has announced its plans for Cardinals fans looking to get in on the game day action downtown. The venue plans to offer several options to take in the baseball atmosphere, including ticketed and reservation-only seats.

Beginning with the Cardinals home opener on April 8, 2021, Ballpark Village will have spaces open in the follow areas:

Officials at Ballpark Village have implemented several changes to keep guests and employees safe, including requiring masks when not eating or drinking, spacing out tables and reducing capacity.

In pre-COVID-19 times, Ballpark Village would be packed with fans cheering on the Cardinals. Since that can’t safely happen yet, organizers have launched a reservation system to fill seats during peak game times.

The rooftop deck across the street from Busch offers direct views into the ballpark. Ballpark Village will offer 100 seated tickets for each game leading up to the All-Star Break. Tickets will be sold in groups of two or four only. Packages range from $20-120 per person, based on the opposing team, day of the week and ticket package options. Fans can buy all-inclusive packages or a seat-only ticket with optional upgrades.

The venue inside Ballpark Village features a huge 40-foot LED wall of TV screens. Opening Day reservations will be for either the pregame session (noon-2 p.m.) or game time session (2:30 p.m.-end of the game). Tickets will be sold as tables of two-10 people at $40 a seat. The fee will serve as a food and beverage credit for each guest toward their bill for the day.

Ballpark Village said it’s encouraging reservations throughout baseball season. Non-reserved seating will be offered on a first-come, first-served basis. For more information or to make a reservation, visit stlballparkvillage.com.