'I want to be the face of the game some day': Cardinals sign power-hitting teenage draft pick Josh Baez

"A lot of people talk about how I'm kind of like Mike Trout," Baez said. "I want to be better than Mike Trout and want to be the face of the game one day." 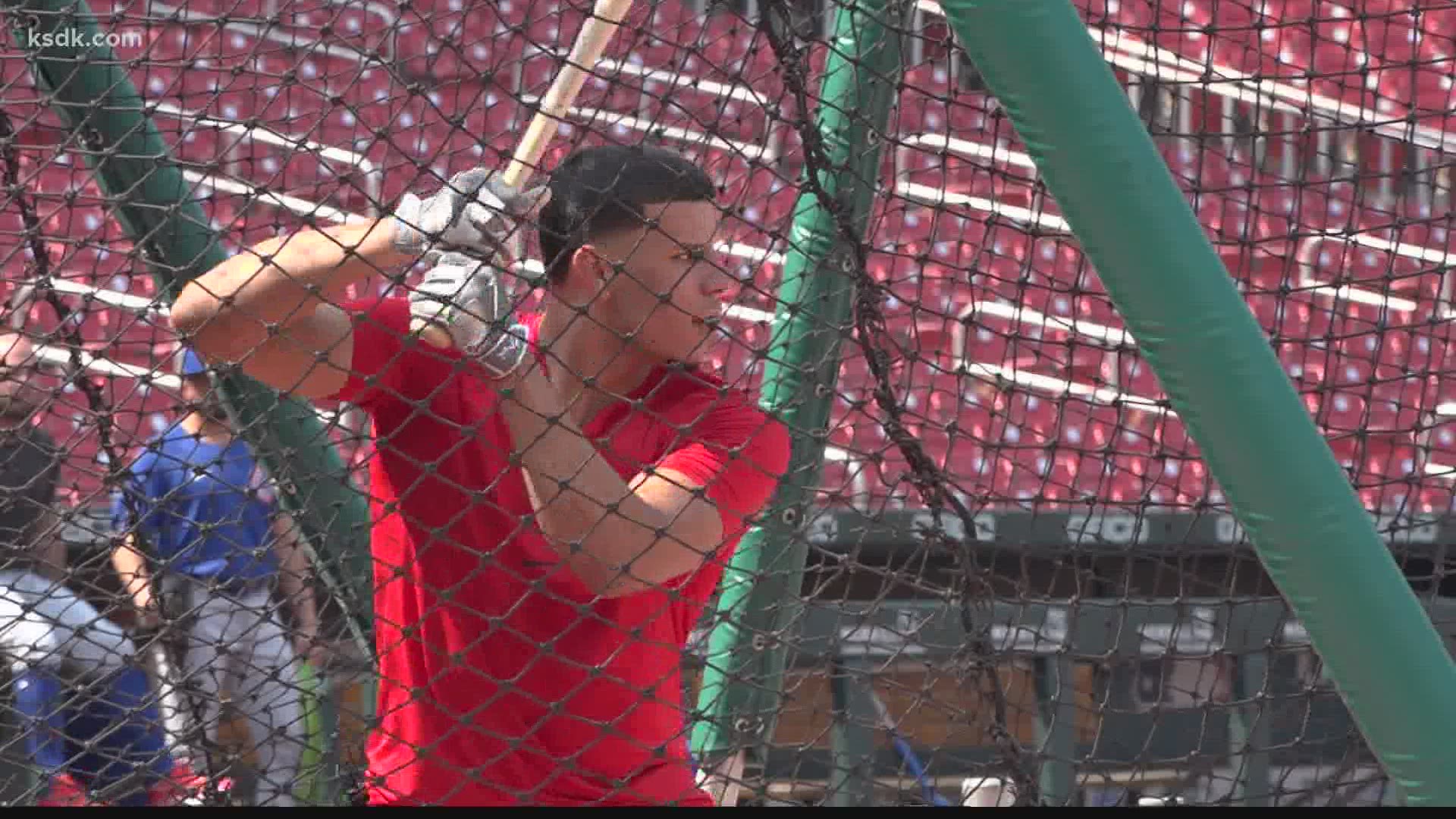 ST. LOUIS — Cardinals second-round draft pick Joshua Baez is not short on a few things. The 18-year-old outfielder is certainly not short on raw power, or confidence in himself.

Baez signed a deal with the Cardinals for $2.25 million on Monday according to MLB.com's Jim Callis, and took the first steps in his professional journey. Specifically, those first steps came in the form of batting practice and on-field interviews at Busch Stadium.

"This is an unbelievable experience," Baez said about being in St. Louis. "It's a dream come true honestly."

Baez fell to the Cardinals with the No. 54 overall selection, despite many scouts projecting him as having some of the biggest power of any player in the draft.

Here's the scouting report Baez had for himself:

"I'm a hard-working kid. I love baseball. I'm really passionate about the sport. And I love winning," Baez said.

And Cardinals fans may be interested in the comparison Baez has heard in the past.

"A lot of people talk about how I'm kind of like Mike Trout," Baez said. "I want to be better than Mike Trout and want to be the face of the game one day."

For now, Baez will head to the Cardinals' complex in Jupiter, Florida to begin his career. But he plans on being back soon.

"I would love to be here within 2 to 3 years. But for now it's just about getting better and moving up through the levels," Baez said.

While Baez is focused on moving up in the system, he does have some plans for part of his signing bonus money.