The Cardinals biggest off-season priority is improving offense, the question is how to do it

“It’s not by one position. It’s by collectively producing more,” Mozeliak said. 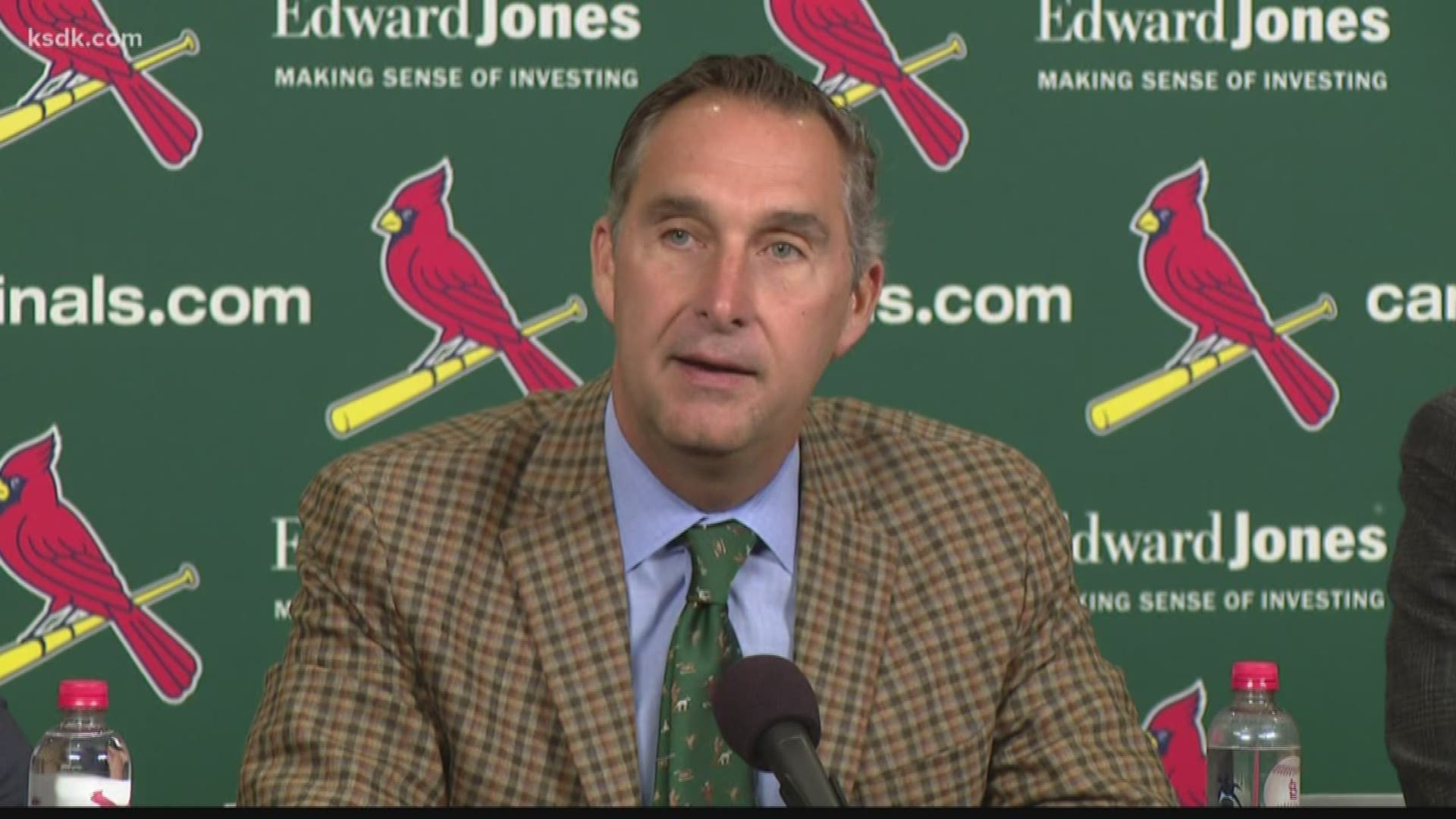 ST. LOUIS — A year ago, John Mozeliak looked in the rear-view mirror at the Cardinals 2018 season and saw two deficiencies that he knew the team needed to address if it wanted to improve and break a three-year playoff drought – defense and baserunning.

On Tuesday, Mozeliak, the team’s president of baseball operations, took a look back at this season and saw two things — how well the Cardinals corrected the flaws he identified last year and another problem the team will try to address before the 2020 season begins.

That problem area is the offense.

How to improve it, of course, will be the question.

“I think that’s something that we’re struggling with,” Mozeliak said. “When you look at really the performance of our team last year, to be part of the Final Four, it’s a great compliment. But I really think that’s what’s encouraging too because when you look at how people performed relative to expectations, most were below what we all thought they were going to do.

“Overall, we feel like we have a really good team, but a team that could actually perform better from an offensive standpoint.”

In his annual post-season wrap-up, Mozeliak and general manager Michael Girsch addressed a number of topics, including the offense, and neither saw any reason why the team can’t have improvement offensively in 2020 similar to how the team improved on defense and running the bases this season.

‘We had an offseason strategy to address those deficiencies, and we were able to accomplish that. The same will happen with our offense. Now, I can’t guarantee you that it’ll still be the positive outcome of that, but that will be our hope.”

Mozeliak admitted that even though the situation can change between now and the start of next season, he expects the bulk of the team’s roster to still be present when spring training begins in Jupiter. Jeff Albert also will be there, returning for a second season as the hitting coach.

Mozeliak has said many times over the last year that the decision to hire Albert was with a long-term and an organizational approach to the Cardinals’ offensive strategy in mind, and his support for Albert has not waned despite the team’s struggles this season.

“I think a lot’s been made out of you hire a coach and expect the pixie dust to be spread across and everything just works,” Mozeliak said. “The one thing I’ll tell you about Jeff is he’s very strategic. He has a plan. I think, you know, as you lay out your plan, sometimes you have to have that evolve.”

Mozeliak said he believes what Albert learned this season as he worked with the team’s hitters, and having all of this off-season to work as well, will produce better results next year.

The Cardinals’ major-league coaching staff will be meeting next week to begin to build the off-season strategy.

“We’re going to be very intentional on what players need to be working on, what they should be focused on,” Mozeliak said. “Clearly, from an offensive standpoint, we’ve put together a curriculum that we hope will will help each of those hitters get to that next level. And that’s something that we’re very much focused on over the next three months.”

Part of the adjustments Albert needs to make, Mozeliak said, is learning more about what works with each of the team’s hitters, and experience should be the best teacher for that.

“He’s someone that understands modern technology. He understands modern analytics. And he understands how to bake that into his teaching strategy,” Mozeliak said. “I’m not saying that everybody will hear what he has to say. And I think part of what he has to learn to do is adjust in his messaging. But I think the way he looks at the world is in a lot of ways what we wanted to see happen as we move forward. And, again, I think he puts a lot of tools in the toolbox for our young hitters, and ultimately he’s got to find out which ones to pull,.”

One specific way the Cardinals’ offense can improve is to find a way to not fall behind 0-2 in the count, which Mozeliak admitted seemed to happen a lot last season.

“There’s a human opinion and there’s an actual more scientific approach, but the human side did feel like we were 0-2 a lot,” Mozeliak said. “And so you’re in defensive counts. And I think that’s in a lot of ways what you saw happen, but I do think from a more strategic approach is going to be, understanding your strike zone. I think that’s what Jeff Albert is the huge advocate for – understand what you should be swinging at and why.

“When you look at it from a strategic standpoint, there’s room to grow.”

Other news and notes from Tuesday’s press conference:

* Mozeliak announced that manager Mike Shildt has signed a new three-year contract to remain the Cardinals manager, replacing his old contract which ran through 2020. The new deal covers the 2020, 2021 and 2022 seasons.

* Team chairman Bill DeWitt Jr. announced that the team has signed Mozeliak to a three-year extension, added on to the one year remaining on his old contract. The new deal runs through 2023.

* The option for next season on Girsch’s contract was exercised by the team, and he also received a two-year extension running through 2022.

* All of the team’s coaches will return in the same capacity next season.

* Mozeliak said he has been in discussions about a contract with Adam Wainwright for next season. “Both parties want to find a way to make it happen,” he said.

* Alex Reyes is spending a normal offseason and the Cardinals expect him to begin a throwing program in January after reporting to Jupiter.

* Mozeliak said he intends to have a conversation with the agent for free agent Marcell Ozuna before the general managers' meetings begin next week. The team has made Ozuna a qualifying offer for a contract for 2020, and Ozuna has 10 days to accept or reject the offer. 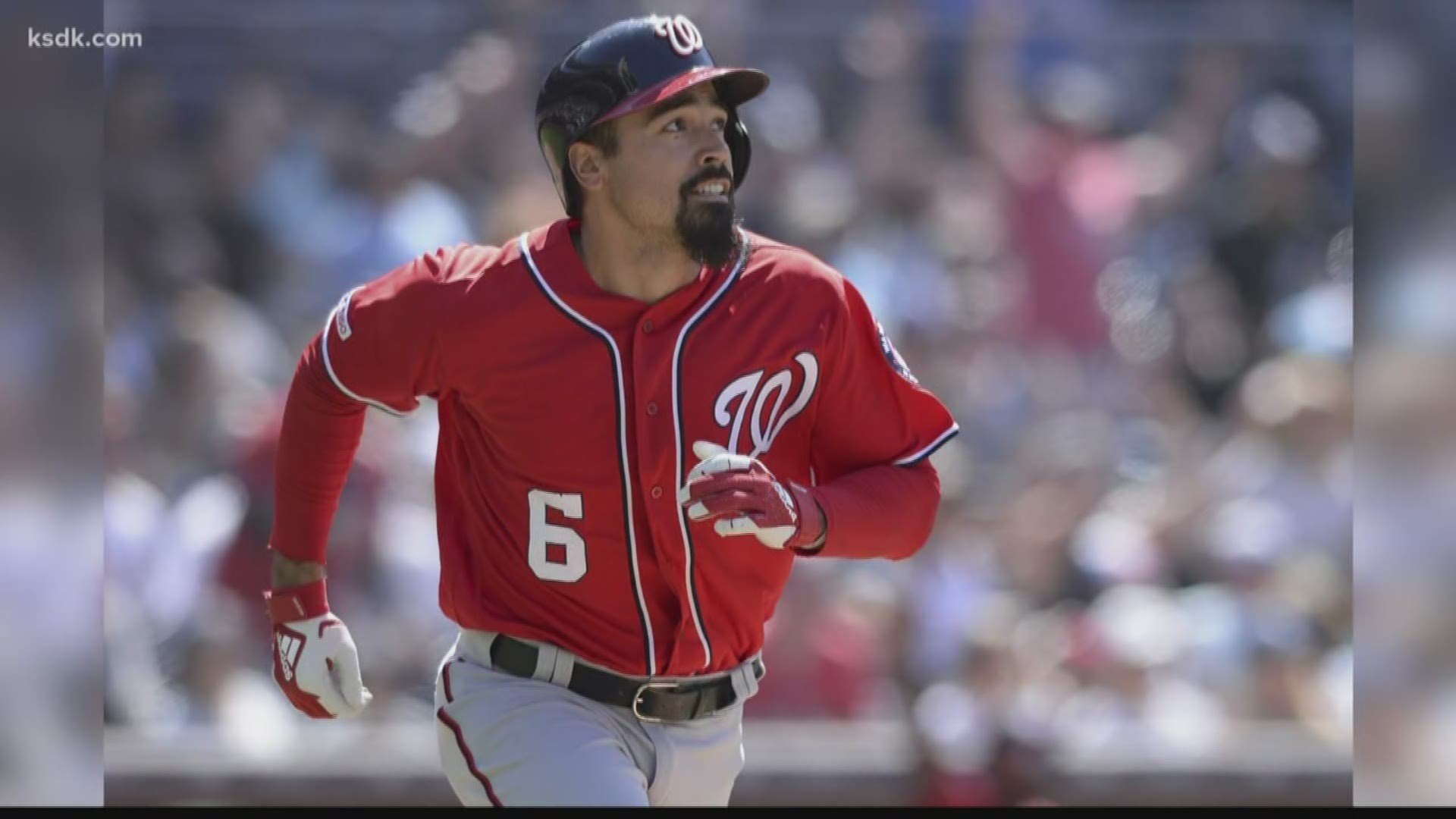 RELATED: Jack Flaherty is a big fan of Heath Ledger's Joker, and it makes for great Twitter

RELATED: Opinion | Why Corey Dickerson would be a valuable addition for the Cardinals