Commentary: Mike Shannon was a perfect voice for St. Louis

He's a true born and raised St. Louisan who spent his entire adult life bringing joy to Cardinals fans. I think we can all raise a "cold, frosty one" to that 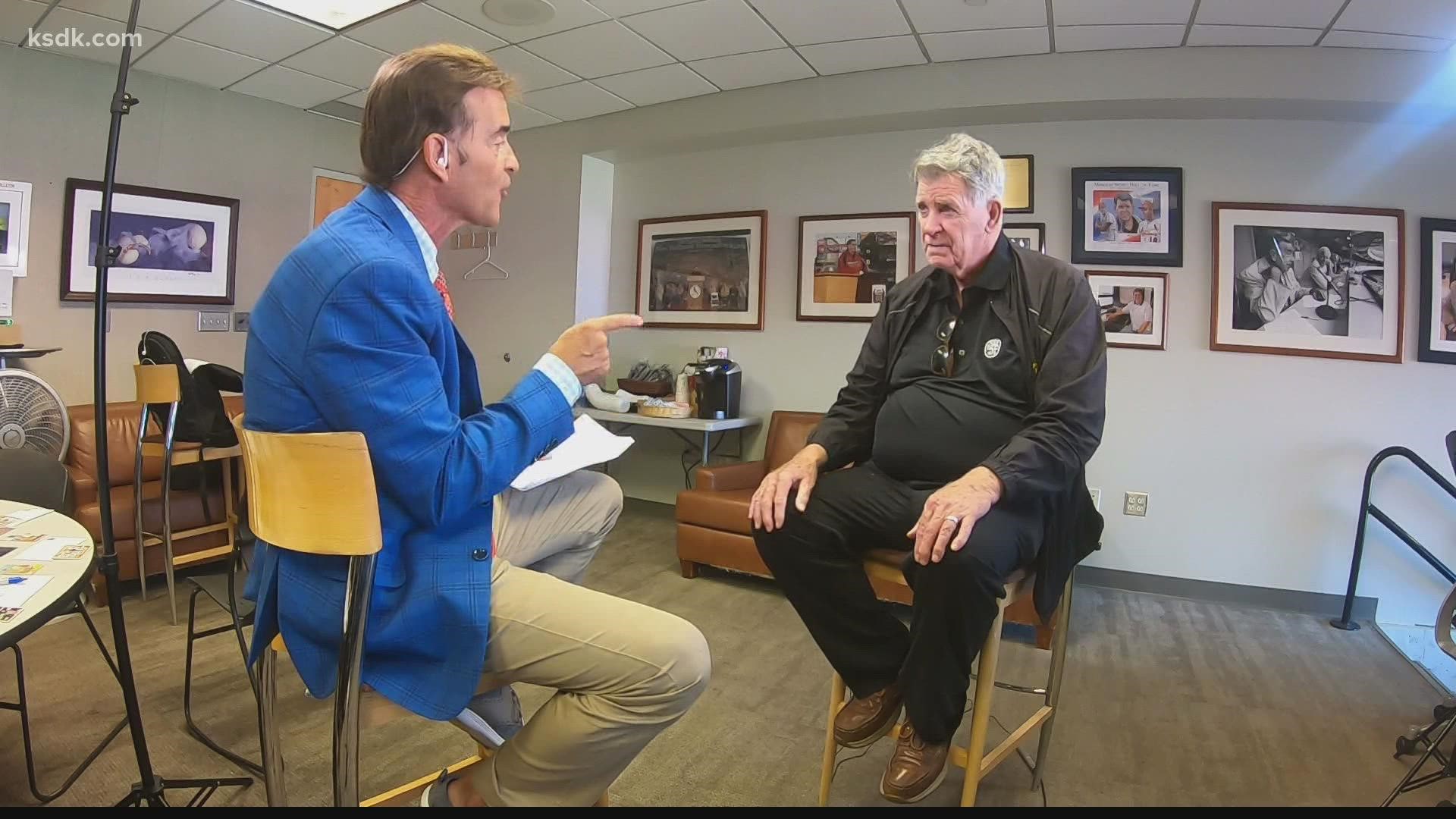 ST. LOUIS — St. Louis Cardinals fans have been spoiled over the years. The number of incredible voices and personalities the team has trotted out to bring fans the games on radio and TV is endless.

Of course, Jack Buck will always stand on top as the definitive "voice of the Cardinals" in the annals of franchise history. But the voice of Mike Shannon is one that is distinctly St. Louis, and his legacy will burn bright in his hometown for generations to come.

When you heard Mike Shannon doing a game in his formative years, you heard St. Louis. A little rough around the edges perhaps, but always up for a story and a good time. That's St. Louis, and that's Mike Shannon.

I don't think many people actually know that Shannon is quite possibly the greatest athlete this town ever produced. The CBC grad could have been an NFL quarterback if things played out just a bit different. But instead he became a Cardinal ahead of the 1958 season and never looked back.

Twelve years in the organization as a player and 50 as a broadcaster later, he's tied to this franchise like few others have ever been before.

Shannon called his final game in the KMOX booth on Sunday. He was sent off into retirement with a custom golf cart, golden horseshoe and a broadcast booth named in his honor.

There's an entire generation of fans who don't know what Cardinals baseball on the radio is like without Mike Shannon. I'm part of that generation.

RELATED: 'I had a good time. I made sure of that': Mike Shannon talks about wrapping up 50-year career as voice of the Cardinals

Sure I've got some memories from when I was very young of Jack Buck painting the picture of the game for me as I drifted off to sleep in my dad's arms on the old recliner downstairs, but Shannon is always going to be "the guy" I really grew up with.

With Shannon, it was always going to be entertaining. Sometimes, KMOX and the Cardinals may have not preferred what he said that made it entertaining, but he was going to have fun, and he wanted you to have fun.

Baseball is supposed to be fun, right?

"That I had a good time. I made sure of that," was what Shannon told 5 On Your Side's Frank Cusumano of how he wanted to be remembered by fans.

If you wanted the most technically gifted broadcaster in the history of baseball on the radio, you've probably come to the wrong place. If you wanted to have a good time and join in a shared love for St. Louis and the Cardinals, Mike Shannon made sure you were taken care of.

The phrases, "cold, frosty one," "big boy" and "get up, baby" are common nomenclature for Cardinals fans. Shannon did that.

For my money, "get up, baby, get up" is one of the greatest signature home run calls in baseball history. Shannon is every fan in that call, just begging for the ball to clear the fence. Whether I'm actually listening to the radio or not, his voice saying that call plays in my head every time I see a deep drive to the outfield.

It was often after the game broadcasts where Shannon would really shine. I spent many a night at my childhood home hiding a radio under my pillow with some headphones in listening in to "Live at Shannon's" where Mike would just chat it up with some of the biggest names in baseball. From Randy Johnson to Bob Uecker, it's some of the best radio ever produced in St. Louis. The stories that were told on "Live at Shannon's" could fill a couple of books.

Shannon, now 82, has seen and been through a lot over the years, including a bout with COVID-19 that put him into a coma. Thankfully, he made it through and got the season-long send-off he deserved in 2021.

It's always extra special when someone from St. Louis gets to be the star on a hometown team. Just ask David Freese and Pat Maroon about that. Mike Shannon did it as a player, and then for 50 years as the voice fans counted on to help them have a good time following their beloved Cardinals.

I think we can all raise a "cold, frosty one" to that.