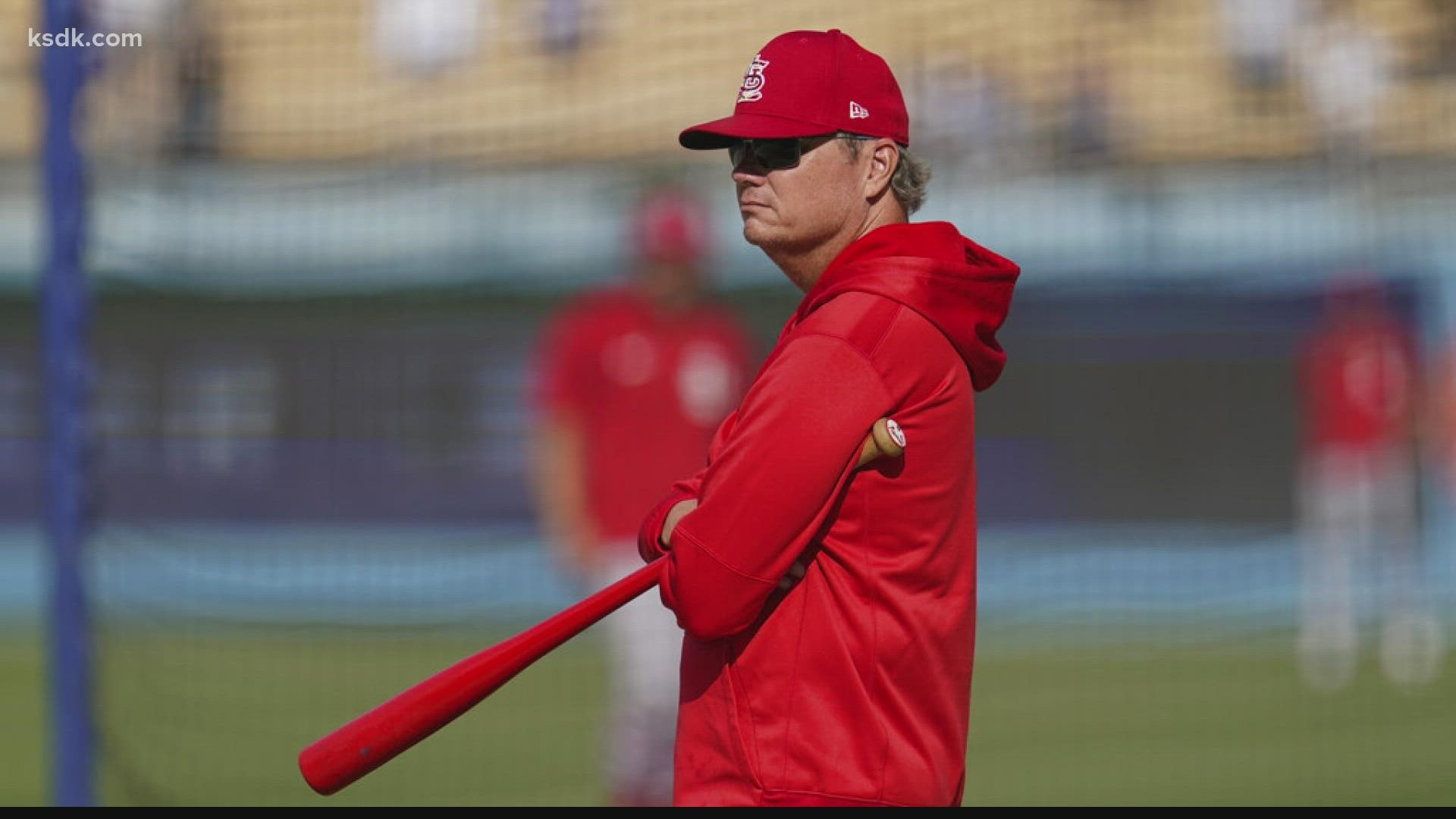 ST. LOUIS — The firing of St. Louis Cardinals manager Mike Shildt wasn’t just a surprise to fans. It also appeared to shock the man himself.

5 On Your Side sports director Frank Cusumano reached out to Shildt to see how he’s doing after the sudden announcement from the Redbirds’ front office Thursday afternoon. Shildt replied with this text:

“Thanks Frank, I’m still numb,” he wrote. “I will make a statement on Monday.”

Shildt, 53, spent 3 1/2 years as the Cardinals skipper. But he has invested years in the organization. The team hired him as a scout and coach in 2004. He went on to spend eight years managing in the farm system before getting promoted to the major-league staff in 2017.

He was promoted to Cardinals manager when Mike Matheny was fired in July 2018. In his three full seasons as manager, Shildt led the Cardinals into the playoffs.

Mike Shildt tells me he will make a statement Monday.

Shildt sat down with Frank earlier this week for a Sports Plus interview after the Cardinals went on a historic 17-game winning streak and then lost to the Los Angeles Dodgers in the Wild Card game – which would end up being his last game in the Cardinals dugout.

The then-manager explained why it was so disappointing to the team to lose that game.

"It hurt so bad because we cared so much and we invested so much," he said.

Shildt reflected with Frank that it was never lost on him that he was the leading man for a historic organization.

"I go a different route than most people go to our stadium. I get off and I go down 7th and I look up and the first thing I see is the big St. Louis Cardinals sign at the top of the stadium. It's just perfectly centered when you go down that street. And then I get to the end of the street and it dead ends into Stan's statue. And I just sit there at that light and go, 'Alright Stan let's go today.' But I can't believe I manage this team. And I look at the stadium every time I go by it, or to it or from it and I go, 'Whew, I manage this team. I'm responsible for some of what goes on here,'" Shildt said.

Watch Shildt's interview with Frank in the YouTube video below:

Cardinals President of Baseball Operations John Mozeliak said they were “struggling to get on the same page” with Shildt and that they had a “philosophical difference” in the direction the club should go.

The Cardinals president said Shildt was "very shocked" by the decision, and he acknowledged how quickly the firing came about.

"I would say the conclusions came rather quickly but it was something that was brought to my attention over time," Mozeliak said.

Watch the Cardinals full announcement in the YouTube video below:

Shildt had a .559 winning percentage as Cardinals manager. He won National League Manager of the Year in 2019.

Rob Rains and 5 On Your Side's Sam Clancy contributed to this report.