'It hurt so bad because we cared so much': Mike Shildt talks about heartbreaking end to 2021 season with Cardinals

"I want you to hold on to that hurt a little bit because it can be motivating to know what it feels like," Shildt told his team after the end of their season 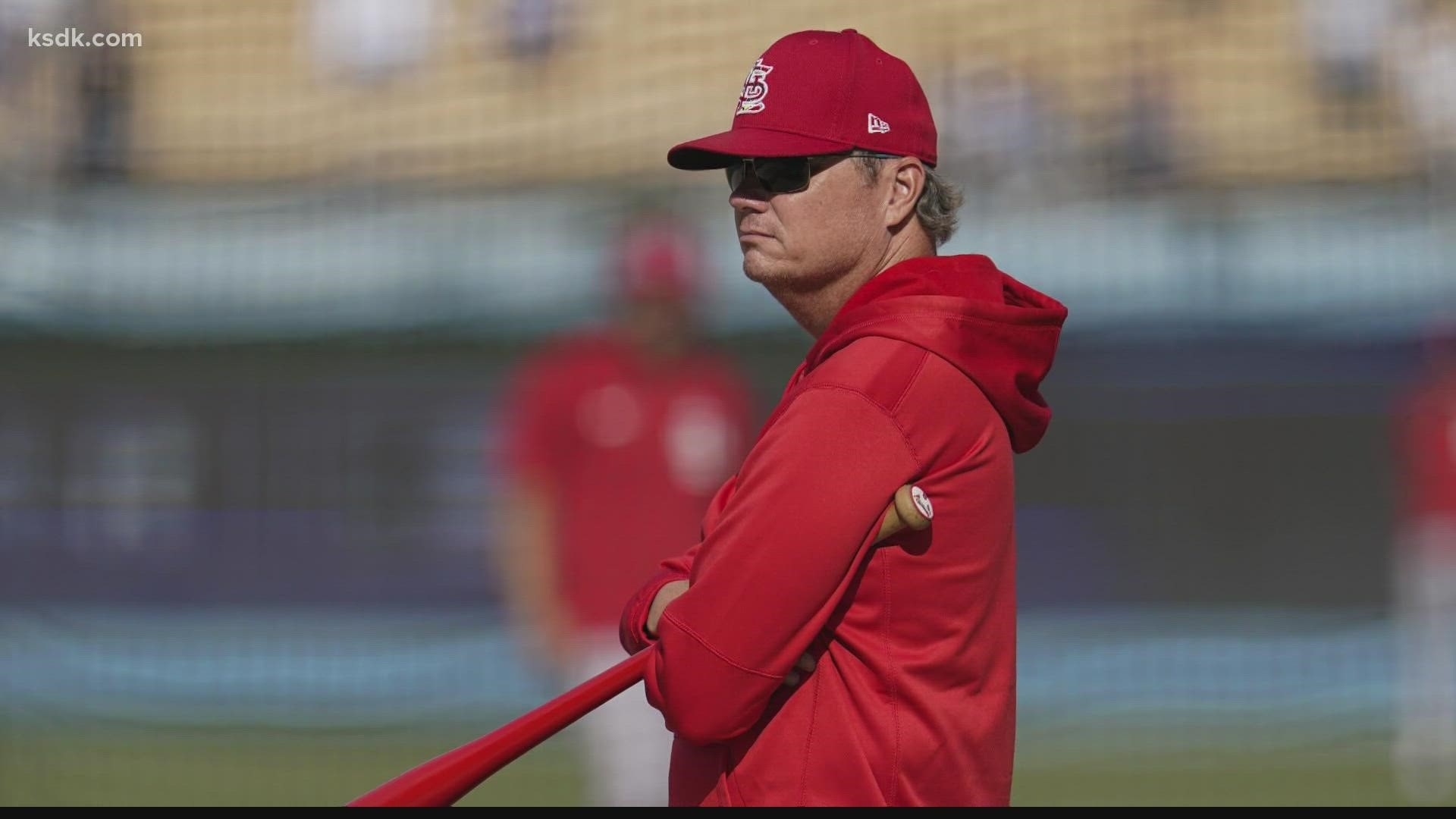 ST. LOUIS — The Cardinals' postseason lasted just one game, and now they'll have to wait a year to get another shot at the playoffs. But Cardinals manager Mike Shild is hoping the way the season ended, on a walk-off home run in the NL Wild Card Game against the Dodgers, can motivate his club next year.

Shildt sat down with 5 On Your Side sports director Frank Cusumano for a Sports Plus interview to talk about the season that was, and the offseason to come.

Shildt said the disappointment of losing the Wild Card Game in heartbreaking fashion was tough, but the team is getting over it while learning a lesson for the future.

"I think it (getting past the outcome of the game) happened to some degree fairly quickly although it's going to gnaw at me and I think our group in hopefully a healthy way," Shildt said. "That's one of the things I spoke to the group about after the game, is you have every right to feel the hurt. You should feel the hurt. It hurt so bad because we cared so much and we invested so much and I want you to hold on to that hurt a little bit because it can be motivating to know what it feels like."

One of the main questions after the loss was about reliever Alex Reyes, who gave up the walk-off homer to Chris Taylor. Reyes has been through a lot in his young career, and now he has to deal with giving up the hit that ended his team's season.

So is coach concerned about his young flamethrower's state of mind going foward?

"You can't say you're not concerned about it at all... Am I worried about his psyche? Ultimately no," Shildt said. "I made sure he got an extra hug right after the game but I am confident that Alex will rebound and have a very nice career for us and help us get where we want to go."

As for next year, Reyes could see his role shift out of the bullpen and into the rotation.

"I have an opinion about it. It's part of my decision. I work with our staff and of course our front office will weigh in I'm sure as well," Shildt said. "I think it's too early to say. He'll come to camp to be built up as a starter."

While the Cardinals did make the postseason for the third straight season under Shildt, it was another early exit and when compared to some of the mightier teams in the game, the Cardinals still fall a bit short. So, what can be done?

"A lot of that will be handled by the front office that's out of my pay grade to some degree. I do feel like there's some things that those perennial people call them 'super teams' have that I eluded to relative to how they're put together. But I will say that how we're put together is pretty darn good. The pieces we have are pretty darn good, no question about it. Health is a big part of it," Shildt said.

With the inclusion of the DH in the National League looming, many people have pondered if top prospect Nolan Gorman could be in line to fill that position.

Here's what Shildt had to say about that possibility.

"To say that Nolan Gorman comes in and is the DH, is that fair to him initially to start his career? Possibly not. He's never really done it. He's an everyday player, you don't want to hold back his development and you also don't know whether or not he's ready," Shildt said.

The only manager in the game that didn't play professional baseball, Shildt has had a successful tenure with the Cardinals so far if you look at the big picture.

But it never is lost on him that he's the leading man for an historic organization.

"I go a different route than most people go to our stadium. I get off and I go down 7th and I look up and the first thing I see is the big St. Louis Cardinals sign at the top of the stadium. It's just perfectly centered when you go down that street. And then I get to the end of the street and it dead ends into Stan's statue. And I just sit there at that light and go, 'Alright Stan let's go today'. But I can't believe I manage this team. And I look at the stadium every time I go by it, or to it or from it and I go, 'Whew, I manage this team. I'm responsible for some of what goes on here'," Shildt said.