Opinion | Yadier Molina wants to be the best catcher of all time, and the Cardinals are better for it

He's won a pair of World Series titles, owns nine Gold Gloves, and has saved over 160 runs for the Cardinals. But Yadier Molina is still hungry 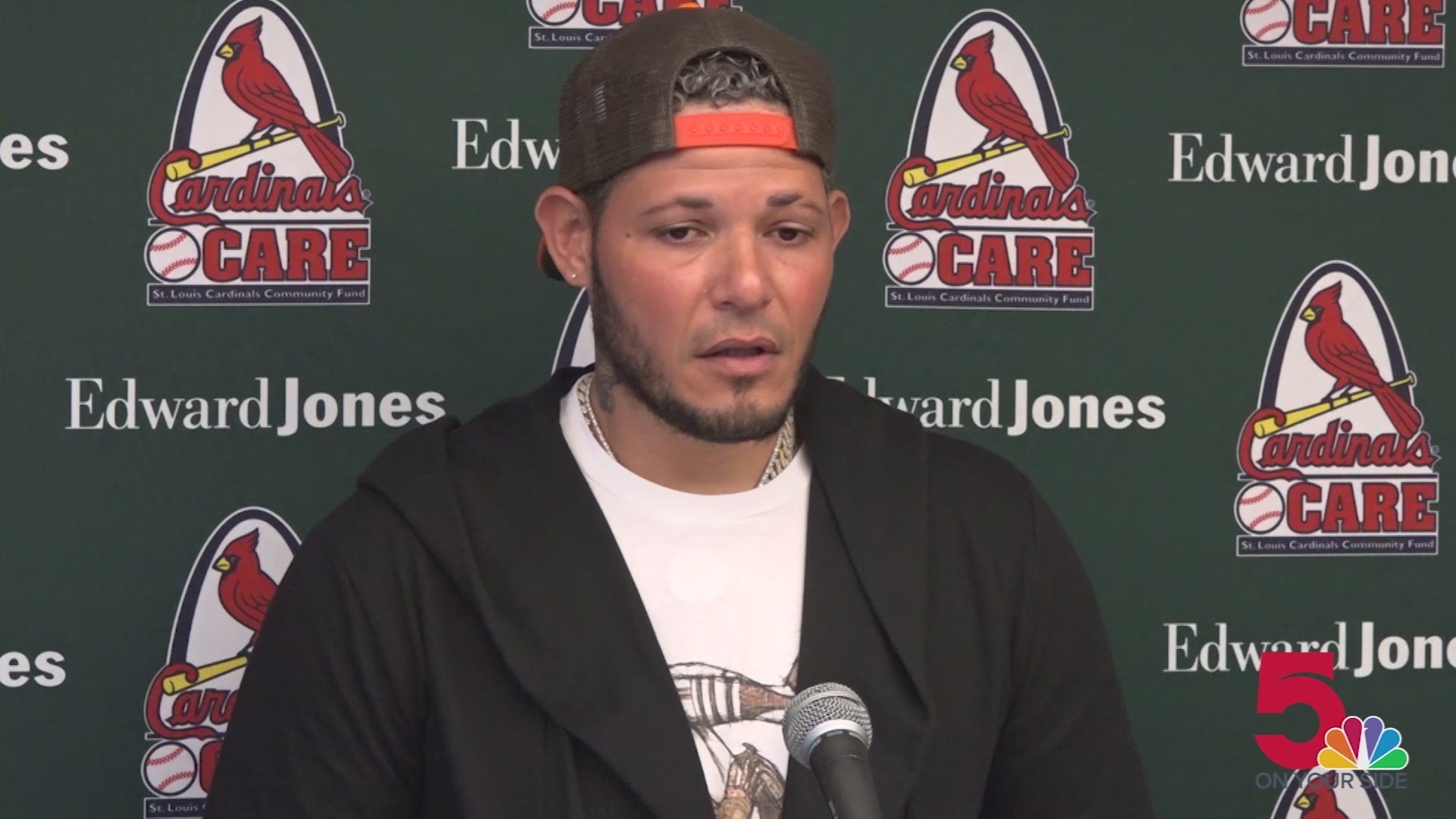 In the end, what does a career mean to a baseball player? For Yadier Molina, he wants the World Series rings and revered status of baseball's greatest catcher ever to outline his legacy.

In the extended interview with ESPN and Marly Rivera, the one that created numerous headlines last month that Molina first mentioned the idea of playing outside of St. Louis, the nine-time Gold Glover talked about what he wanted people to think about when his name came up in 100 years.

"The greatest catcher of all time," Molina said.

Oddly, this can be a polarizing topic even around parts of St. Louis. The defensive accolades bolster a healthy Hall of Fame case, even if the overall offensive numbers are modest at best. Two World Series titles, a rags to riches hitting story, and an engine that keeps on powering through seasons makes the case stand up straight. But Molina wants to be remembered as something more. The greatest.

For my money, that will be a question without an answer for quite some time. Ivan Rodriguez and Yogi Berra are the first two names to pop up when discussing the best catcher of all time status. "Pudge" had the offensive stats and Gold Gloves while Berra has the most World Series rings of all time. Each player is out of Molina's grasp at the moment, and very well could stay that way when Molina retires around 2022.

This is Molina's way of life. What separates him from so many isn't the way he slices a double to the opposite field, or the fact that baserunners don't even attempt to steal off him that often. It's the competitive drive that he still carries at an advanced age in the game. He wants to play and win as much as possible. Molina doesn't mince words when he talks about motivators and what drives him.

In the interview, Molina references the fact that going 0-4 at the plate yet catching a great game from a pitcher for a team win is better than going 4-4 and losing. "The mentality and focus I have to win" is what Molina said is the thing he is most proud of about his game. It's the little things that Fangraphs and Baseball Savant simply don't cover. Every time he crotches down behind home plate, pitchers believe they can win the game. It's like a hockey team being confident in their goaltender. It's the fuel that powers the entire game.

For the Cardinals catcher, fuel comes in different forms. When he made the 2010 All Star Game, hall of famer Dave Winfield commented about the Cardinals catcher being the only easy out in the National League lineup. This was Molina's second All Star Game berth, and it came in a season where he only hit .262 and added six home runs. It must have triggered something in Molina, because the next three seasons he hit at least .300 and hit 48 home runs combined. There are two ways to deal with adversity: you either let it help tie you down or let it drive your goals further.

Molina is one of the few athletes who will tell a reporter he's thinking about the future. Rivera asked him about the Hall of Fame, and he admitted to thinking about it. For the first few years of being a starting catcher for the Cards, Molina resembled another Tom Pagnozzi. He was someone who could handle the defensive side of the job but couldn't hit much. In 2008, he won his first Gold Glove but also hit .300 for the first time. It's his catching, though, that Molina thinks will get him into the Hall of Fame.

Elsewhere, Molina thinks baseball will happen this year, and that the time spent away from the game coaching his kids has been valuable. While it helped rethink his baseball future, Molina appreciated the pause and break in the action. When asked about coaching at the Major League level, Molina said that it's not something on his mind right now.

He also said the Chris Carpenter-Roy Halladay game ranks among his favorites to catch.

What about the hundred dollar question. Will he stay in St. Louis? I think it's already being answered. Just listen to Molina's answer about what is left to do. "I need to keep winning championships with the Cardinals." End of story.

Let me put it this way. People would riot if the Cardinals allowed Molina to walk. They know it, we know it, everybody knows it. It won't happen. He will retire here and could get that tenth Gold Glove to go with the 2,000 hits he will get within the next calendar year. When it's all said and done, Molina will be one of the greatest catchers to every play the game.

He wants more than that, and that's fitting. If he told a reporter that being third best was cool in his book, I'd be worried. That's not how #4 is built. Yadier Molina's reputation is built on competing at the highest level, winning, and a tenacious desire to be even better at all times. That is what makes him great. Whether it's true or not is simply not as important.

Molina epitomizes what Don Draper told a room full of ad executives on the AMC hit show, "Mad Men." Draper asked them what does someone want after they find happiness. The answer: "More happiness." That's Yadier Molina. 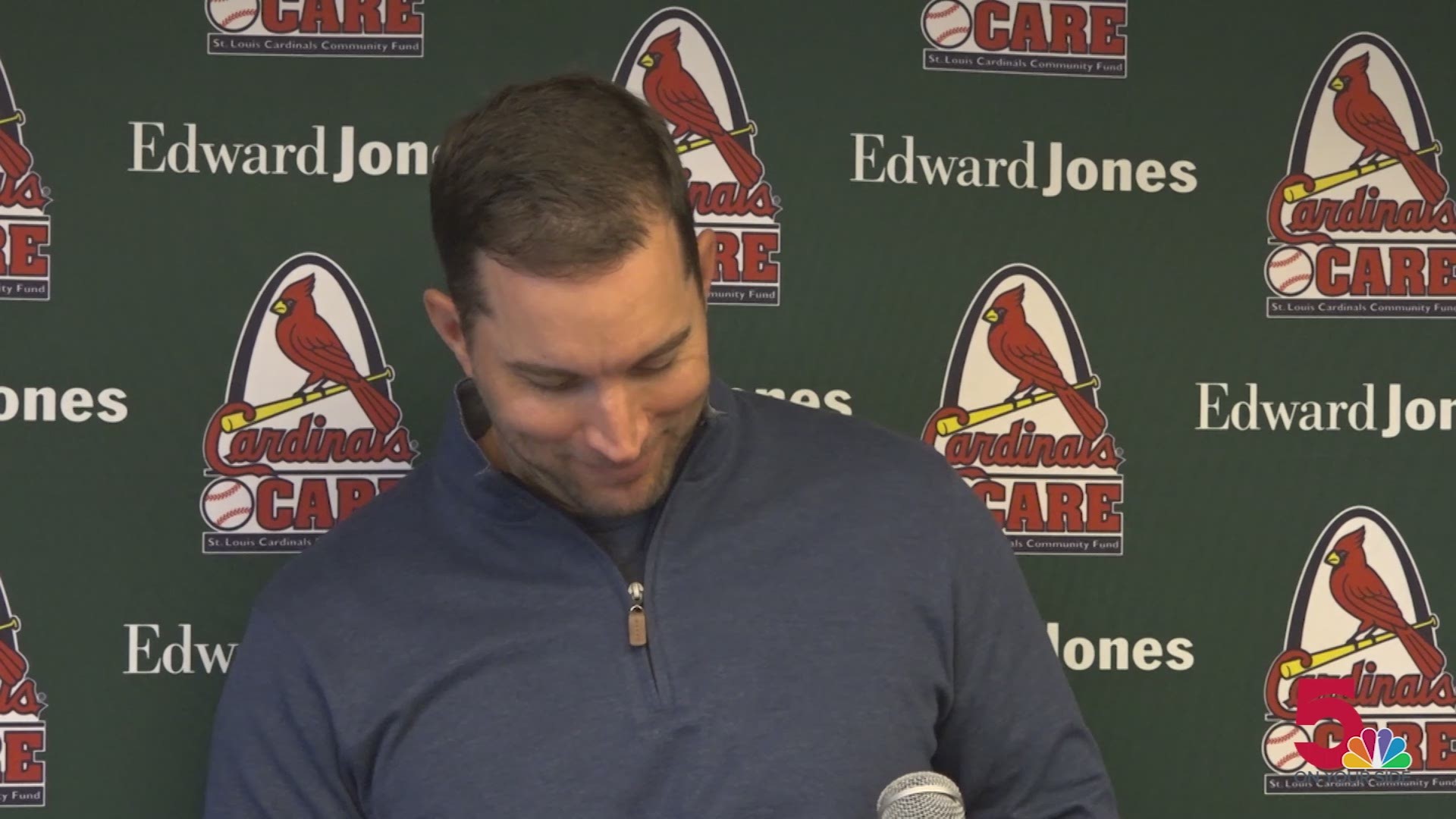 RELATED: Not knowing where they will be if baseball returns leaves players like Cardinals’ Rob Kaminsky in limbo