Tyler O'Neill is giving the Cardinals the 'total package' in 2021

O'Neill's potential has always teased Cardinals fans. This season he's putting the speed, power and defense together to create a lethal combination 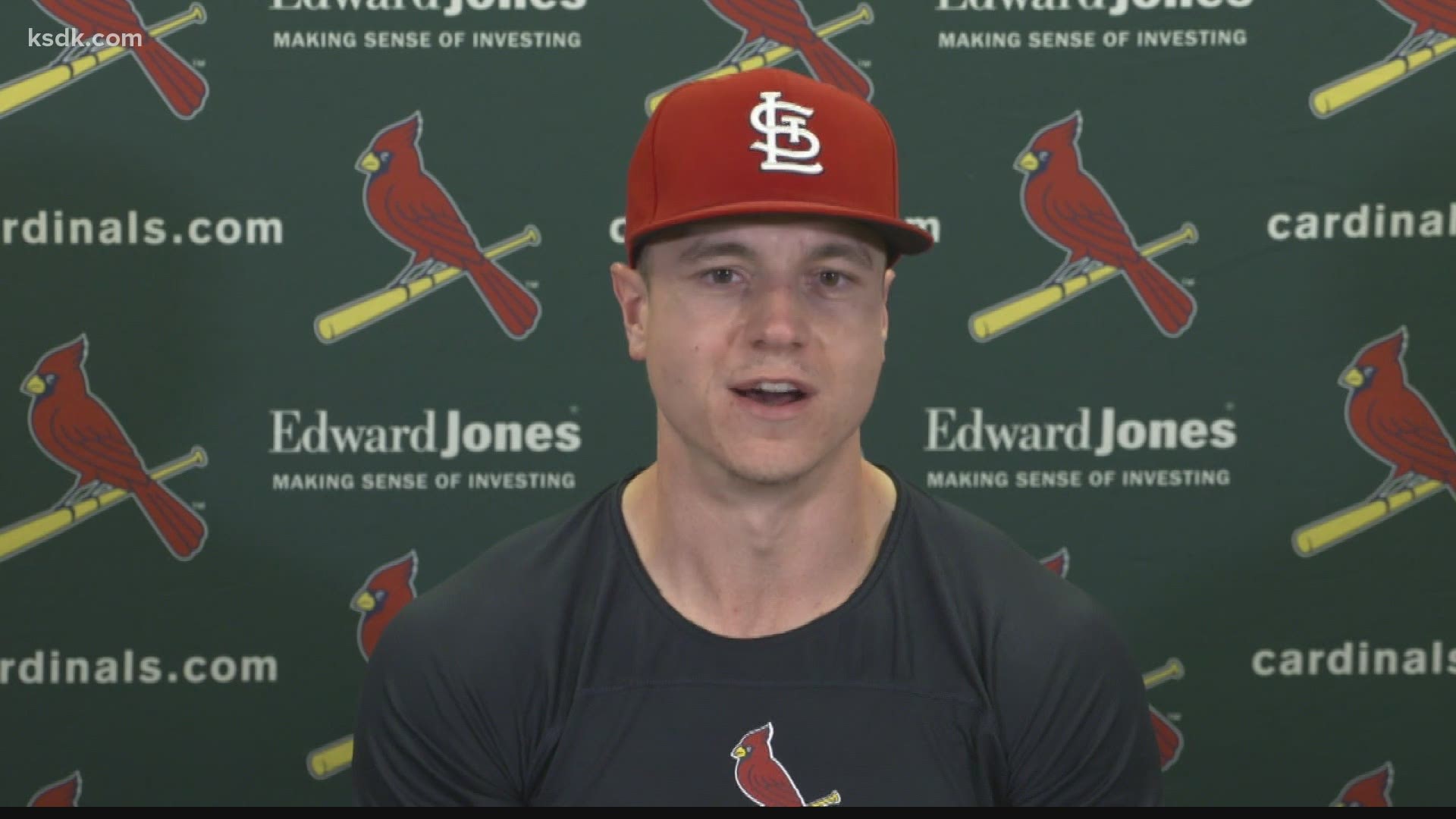 LOS ANGELES — Tyler O'Neill has always been a guy who could make people turn their heads when he walks in a room. The athleticism was never in question. He just needed the consistency and a stable place in the lineup to showcase his power, speed and defense. And so far in 2021, he's making good on the potential everyone has been waiting for.

His wide range of talents were on full display in the ninth inning of Tuesday night's win over the Dodgers.

"Total package in the ninth, right? Hits a missile to center to get things started, fake bunt steal, takes the bag and then makes a tremendous play with his athleticism to end the game," Mike Shildt summed it up afterward.

O'Neill started the ninth of the tie game with a 107.5 mph rocket of a single to center. Then, he stole second to get himself into scoring position, which paid off as an Edmundo Sosa single was enough to score him to take the lead. Then in the bottom of the ninth, O'Neill rode to the rescue to snag a Mookie Betts fly ball to left that if down would have at least tied the game.

"I was just in go-get-it mode. All or nothing," O'Neill said. "That's what we train for. That's why we take reads every day in BP. That's what we live for, making those catches late in the game, so we were able to get it done."

His power, speed and defense were all on display in one inning to win a game for the Cardinals. And O'Neill knows he has the ability to use all three of those tools at his disposal to directly affect any game he's a part of.

"I know I can impact it (the game) in a variety of ways," O'Neill said. "It doesn't have to be a ball in the gap or a homer, things like that. It can impact it defensively or getting an extra 90 feet on the base paths. Again it's what we train for. Got to be prepared for all scenarios, and again it worked out tonight all right."

So far in 2021, O'Neill has 12 home runs to lead the Cardinals. His five stolen bases are second on the team.

The advanced statistics are loving O'Neill, too.

So essentially, he's barreling up balls, hitting them hard all over the yard and getting to and around the bases faster and better than just about anyone else in the game.

He's also displayed a level of fearlessness in the outfield and on the base paths. That was evident in his ninth-inning catch and stolen base. The stolen base was his first attempt since he broke his finger trying to steal a base in San Diego.

Since his return from that broken finger, O'Neill has been especially hot. In six games heading into Wednesday, he's hitting .385 with a 1.346 OPS and four home runs.

Yes, the strikeouts are still a problem, and I don't think we'll ever see a .300 average season from him, but if O'Neill can continue to be consistent in what he's good at (power, speed and defense), he'll be every bit of the guy the Cardinals have always wanted to see.