"We're the champs now," Vladimir Tarasenko said, adding he knows how much this championship means for the city and Blues fans. 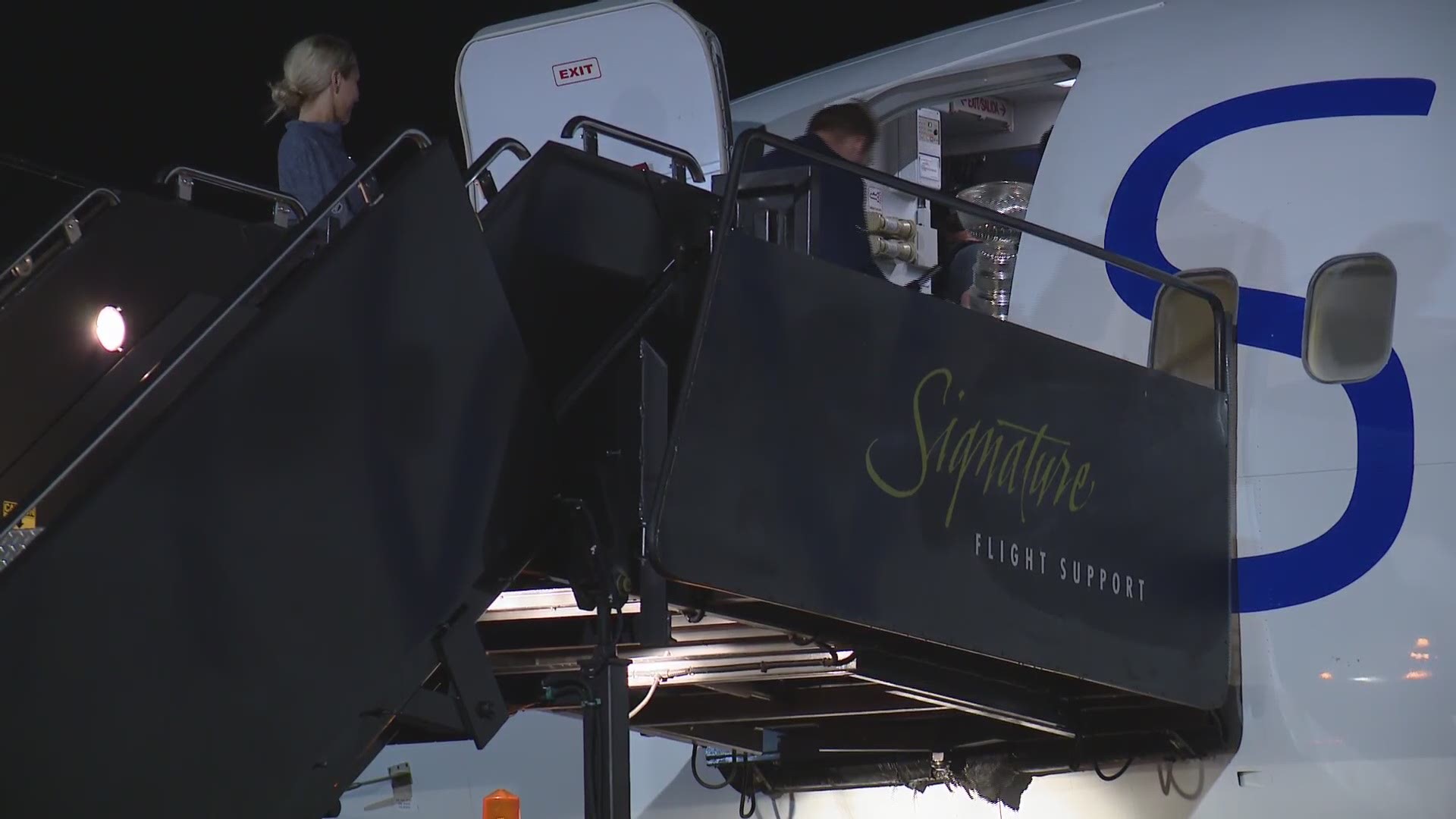 ST. LOUIS — The Stanley Cup has arrived in St. Louis!

The team's plane landed at 4 a.m. at a special area of St. Louis Lambert International Airport.

Alex Steen came out of the plane and hoisted the Cup into the air as he walked down the stairs. On the tarmac, the team took turns holding the Cup in front of the media and fans who gathered at the airport.

The team then loaded onto a couple buses headed for downtown.

"The party just got started. We just got home," Joel Edmundson told 5 On Your Side's Abby Llorico as he walked off the plane, adding that the party will probably last "a week or two" in St. Louis.

Edmundson said the team can't wait to celebrate with the city, which supported the Blues by the thousands downtown Wednesday night.

"We saw Enterprise and Busch Stadium were sold out, so everyone's excited. We're just happy to be home," he said.

"Everybody's happy and having a good time," he told 5 On Your Side. "I'm happy for our team and the City of St. Louis. To be able to celebrate and win the Cup, it's awesome."

The team's buses went straight to the Enterprise Center where fans lined up outside to greet players.

On his way out of the arena, Vladimir Tarasenko stopped his car to say hi to fans. He signed autographs and took photos, but he also got something in return. A fan handed the Stanley Cup champion a Michelob Ultra, which he promptly put in his jacket pocket. He made sure to thank the fan before he drove off in a car. He also had a copy of the latest St. Louis Post-Dispatch with the headline 'CHAMPS' in big, bold print.

Tarasenko told 5 On Your Side he knows how much this win means for the city and its fans.

"We're really proud to do this. This is a really special sports city," he said.

A few hours earlier, the Blues shared a photo online of the team on a plane with the Cup. Hometown boy Pat Maroon was all smiles while hugging the Cup, which was sitting in his lap.

Ryan O'Reilly was right next to him holding the Conn Smythe MVP trophy in one hand and a beer in the other. O'Reilly was the first player since Wayne Gretzky to score in four consecutive Stanley Cup Final games.

The Blues are bringing home the Stanley Cup for the first time in franchise history after beating the Boston Bruins 4-1 in Game 7.

Sources have told 5 On Your Side's Frank Cusumano that the Blues championship parade will be held on Saturday. They have not confirmed any further details at this time.

The Blues have been tweeting out their excitement all morning.

"WE DID IT SAINT LOUIS Let's Party!" Maroon wrote.

"This is history and we are loving it!!!!" Oskar Sundqvist said.