The Olympics are on the horizon, but DeAnna Price isn't waiting until then to make history 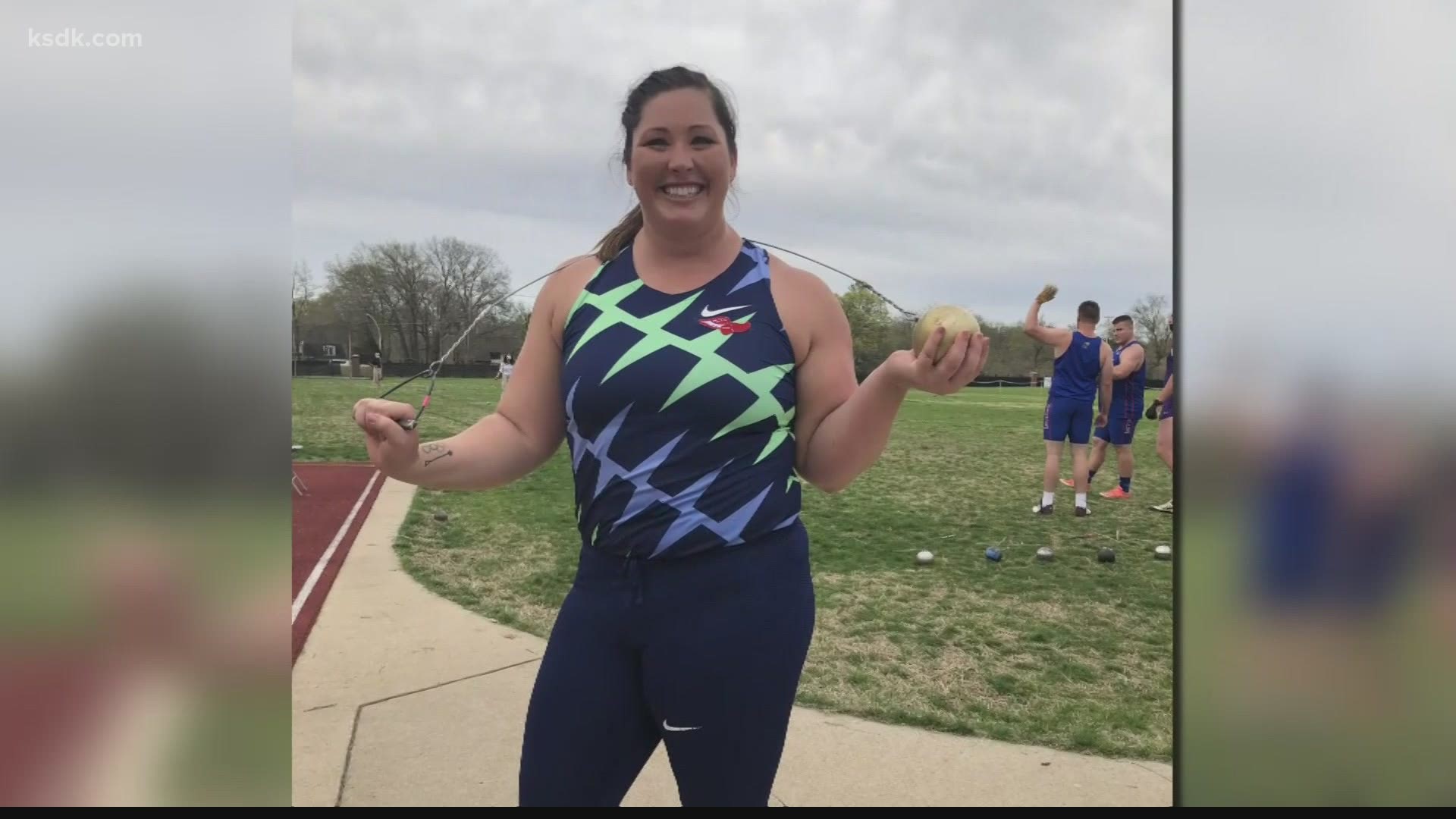 CARBONDALE, Ill. — Supposed to compete in the Tim Botts Invitational as a tune-up for the Olympic Trials, Moscow Mills native DeAnna Price almost didn't make it.

"I wasn't feeling the best, I was feeling a little sick," she said. "Honestly we were contemplating on even going."

But there was no chance Price said she'd miss that meet.

"It was pretty awesome because it’s Mizzou. It’s my home state. Like I love Missouri," Price said smiling. "When I got out there it’s just that energy, it was exciting because my Mom and Dad got to come to watch, everybody had their masks on, it was wonderful."

Luckily for Price, she did compete that day.

"I just remember I threw it, and it had a lot of speed on it and I remember looking at my husband and coach and was like eh, it was good but you know, there's more there I guess," Price said recalling her first attempt.

Price and her team believed she threw 76 meters, little did they know, it'd be a lot more.

"Breaking my own personal record, there’s a lot left," Price speaking on what else she can accomplish this year. "I think you’re going to see a lot of records being broken in the women’s hammer by not just me but others, I think it’s going to be over 80 meters this year for the women’s hammer throw."

With the Olympic Trials and the Olympic Games just months away, a gold medal is appealing, but so are, "hugs because I miss a lot of people," Price said while laughing.

Price said the medals and records are great, but she's throwing for a different cause.

"I love hammer throw, it's been amazing and opened so many opportunities for me," Price said. "But being able to impact someone else's life has been the most rewarding out of everything, that's what COVID and this past year taught me, it's the people who you surround yourself with that helps build you."