During his career, Ryan Howard absolutely crushed against his hometown team with a 1.102 OPS at Busch Stadium. 'Because they didn't draft me,' Howard laughed. 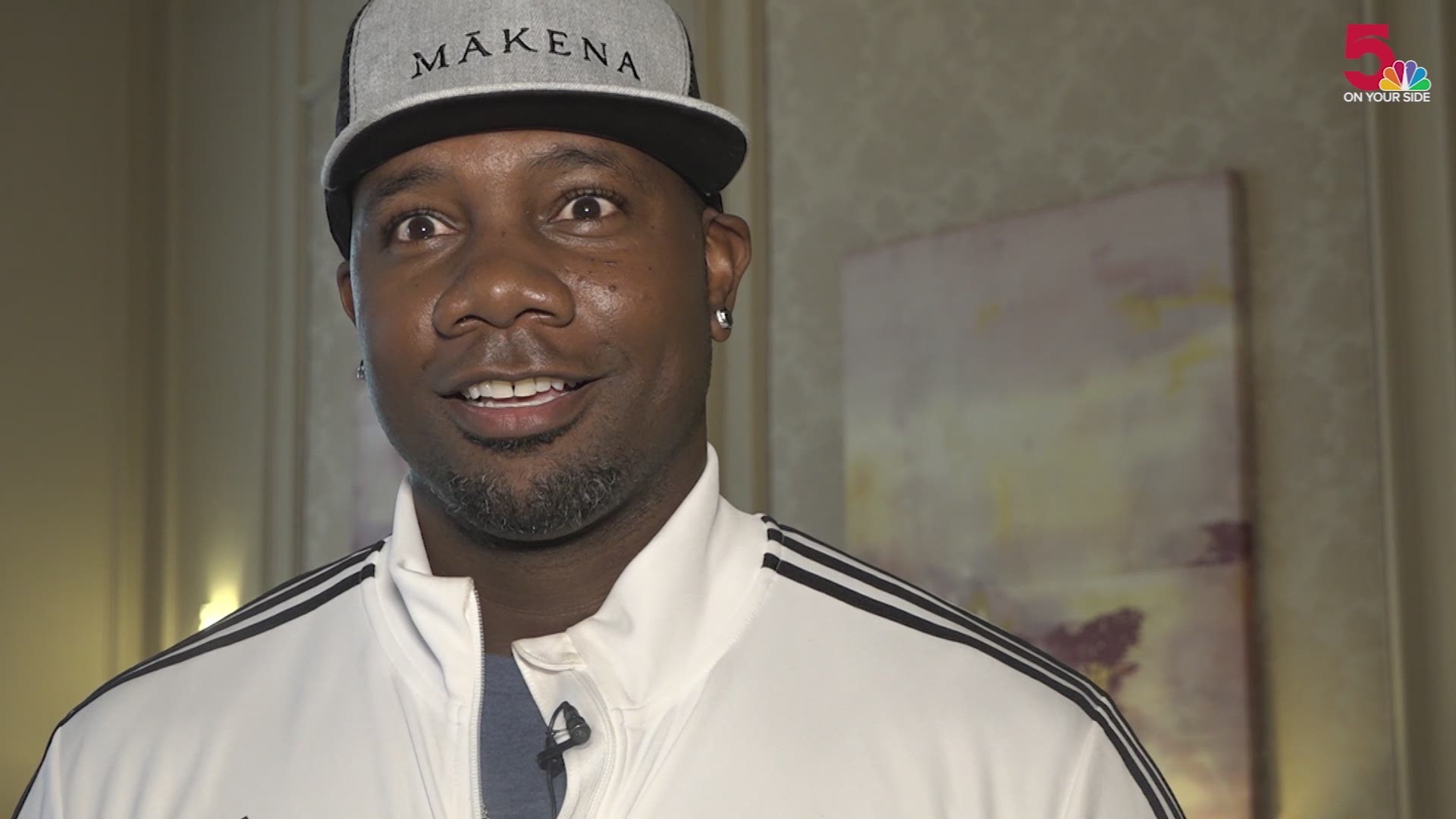 ST. LOUIS — You knew when Ryan Howard was in the building.

Not just because of his 6-4, 250 pound frame, but because of the sonic boom he made with his bat.

That sonic boom was never louder than it was in his hometown of St. Louis. The former Lafayette Lancer terrorized his hometown team over his career. We caught up with the big slugger this week while he was back in town getting inducted into the St. Louis Sports Hall of Fame.

It's one thing to say Ryan Howard hit well against his childhood Cardinals. It's another thing entirely to look at the statistics.

Watch: Ryan Howard talks about why he was so good against the Cardinals

Ryan Howard is one of the most lethal Cardinals killers of all-time.

In 70 career games against the Cardinals, Howard hit .331 with a slugging percentage of .649 and an OPS of 1.083. Those are easily his best stats among any opponent he played at least 10 games against.

He was even better at Busch Stadium, with an OPS of 1.102 in 38 games in his hometown. That's the highest OPS of any ballpark Ryan ever played in.

So, why was he so good against the Cardinals?

"Because they didn't draft me," Howard laughed. "For me it was really about being in St. Louis and being home, because that's where it all began for me. The way I always looked at it was, I grew up 20 minutes west of Busch Stadium, I came down to these games and I watched games in this stadium. There's guys on the Cardinals that aren't from here but this is really my town and this is my city. So I always felt like I was at home when I played against the Cardinals here."

In 2006 Howard was at his baseball-mashing best. He launched 58 home runs, drove in 149 runs, hit .313 and had a crazy OPS of 1.084. He was awarded for his elite season with the MVP award, and said he was locked in like never before in that year.

"When I stopped playing and started to kind of think about it I was like, 'How did I even do this?' It's one of those things it was kind of like a video game," Howard said. "You're just so locked in on different pitches and your swing and just feel so good. I remember actually joking with Jimmy Rollins.. I had gone like two weeks without hitting a homer and I was like, 'J, man I'm in a slump I don't know what's going on.' And then I went out that night and hit two homers."

This week, Howard was back in his hometown he terrorized as a player, to be honored for his 13 years of mashing in the majors. He's the newest member of the St. Louis Sports Hall of Fame.

"It's a wonderful wonderful honor. To come back home to St. Louis where it all began for me to be recognized and honored in this kind of a fashion is very special for me and very near and dear to my heart," Howard said.

The hometown kid never got a chance to play for his childhood team, but he more than made his mark on St. Louis.