From the Mississippi to a national power: St. Louis Rowing Club is making its mark in the sport

“Most clubs are coming from the northeast and the west and nobody really expects St. Louis Rowing Club to be that high in the rankings, but we hold our own." 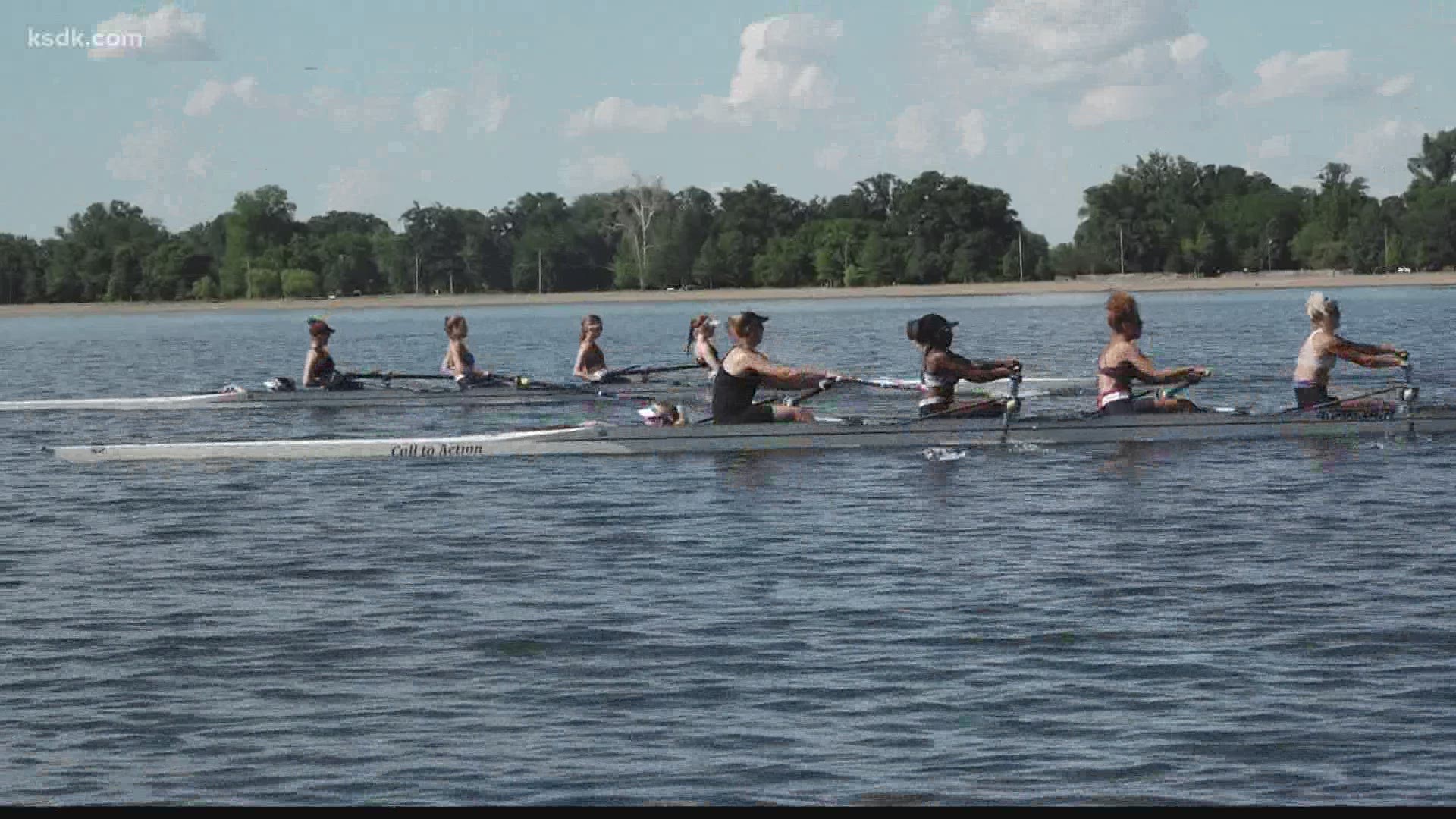 MARYLAND HEIGHTS, Mo. — It started back in 1875 on the Mississippi River if you can believe it. the first incarnation of the St. Louis Rowing Club.

“Our club is well-known all over the country as being one of the top teams from the Midwest," Head Coach Tim Franck said.

They win championships, and have the respect of those clubs on the coasts.

“Most clubs are coming from the northeast and the west and nobody really expects St. Louis Rowing Club to be that high in the rankings, but we hold our own," Marquette senior Finn Griskauskas said.

And this year's team is on a mission to win on the biggest stage possible: Nationals.

“We have a couple of boats in particular that have a real shot of going far and doing well," Franck said. "We have a boys four that’s shown a lot of speed this year. And a girl’s four that was more recently put together, but they won the Midwest championship and they’ve shown a lot of promise as well.”

And make no mistake, these athletes are in the best shape of any athletes you could find.

“It is so physically demanding, honestly the hardest thing I’ve ever done," Ladue senior Caroline Schuldt said. “This morning we had practice at 5:30 am and we’re back again.”

And for a lot of the kids involved in the junior rowing team, it's a way to get to college.

“A lot of times if they’re a good student on top of being a good rower, this can help them get into the top academic schools," Franck said.

That’s especially paying off this year with Griskauskus and Schuldt

Griskauskus is heading to the top program in the country next year to row at the University of Washington. And rowing helped Schuldt get into the prestigious University of Pennsylvania in the Ivy League.

“This past year I’ve been through the recruiting process with colleges, and if St. Louis wasn’t really well known I don’t think I would have gotten as far as I did with that," Schuldt said.

As a team, the St. Louis Rowing Club has its sights set on showing out at youth nationals in June. But for now, it’s still time to hone those skills out on Creve Coeur Lake.