'It’s been an incredible journey': 78-year-old runner makes stop in St. Louis on trek from LA to DC

Stan Cottrell has accumulated close to 270,000 miles running in his life. And he's not slowing down at 78. He's now on his third run across America 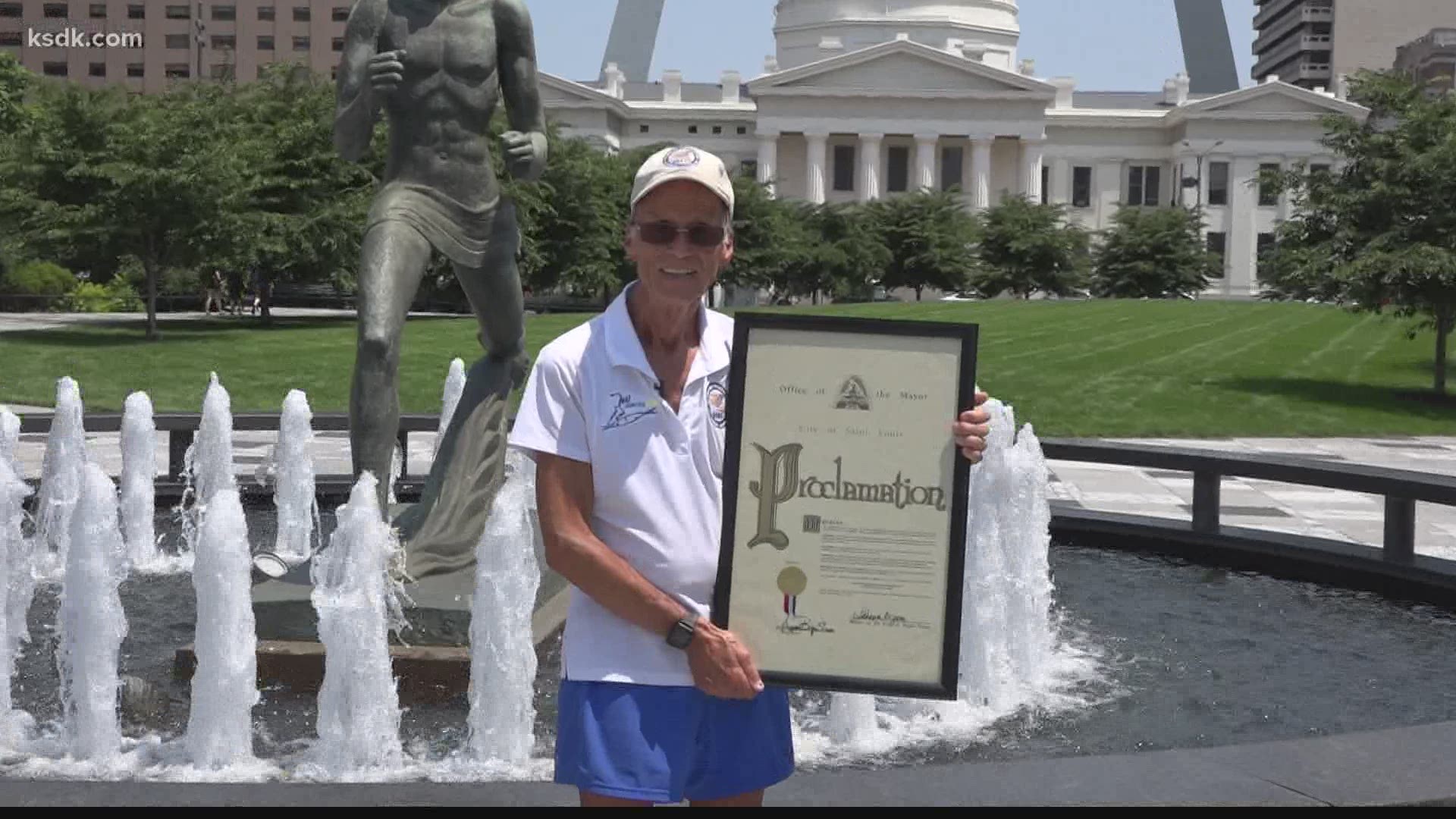 ST. LOUIS — Over the Independence Day weekend, St. Louis had a special guest in town. And like many people this summer, he was taking a trip. Unlike anyone else, his trip was 3,000 miles across the country. On just his two, 78-year-old legs.

Cottrell is a world-renowned ultra-long-distance runner who has run across the United States twice already, is a Guinness World Record holder (for running across the country in 48 days), has run through 40 different countries and has accumulated close to 270,000 miles running so far in his life.

In 1985, he was the first foreigner allowed to traverse the forbidden zones on the Great Wall of China during a 53-day run there. During the run, part of the wall gave way, causing Cottrell to fall some 200 feet, breaking two vertebrae and a bone in his foot. He still finished in 53 days.

Although he's nearly 80 years old now and on his third cross-country run, he's as chipper as ever. Just ask him.

Cottrell passed through St. Louis this weekend on his way from Los Angeles to Washington D.C., where he received an official proclamation from Mayor Tishaura Jones.

Along the way Cottrell has already encountered some unenviable conditions.

"You’re watching that constant traffic all around you," Cottrell said, "And in some parts of the country you’re watching for those things that go... sssst. Those rattlesnakes.”

“I've always said historically that I'm good up to 110 degrees. Mother nature this time didn’t cooperate with me because coming across parts of California and Arizona it was like 116 degrees," Cottrell said. "Kansas had several days of 106 degrees. It was microwave time.”

The first time he ran across the country he averaged about 66 miles a day. Now, at 87, he's dialed it back just a bit.

“My parents talked to me a little bit, and that’s mother nature and father time… So 30 miles a day at 78 years old, 100 days in a row is well within my range of capability," Cottrell said.

The whole way on his journey, Stan is being monitored by medical professionals, and a smartwatch provided by sponsor Amniofit, that monitors his entire condition.

“It's like having a thousand hospital personnel on my wrist," Cottrell said. "I'm running as if I felt like I was 35 years old again."

So, why in the world is he still doing this at his age?

At the end of the day, it comes down to helping inspire others and raising money for children in need.

“Records and stuff like that slowly faded to the back," Cottrell said. "Because it's meeting people, inspiring people… and as I inspire, I'm the one that’s getting really motivated. And it’s just interacting with people. It’s been an incredible journey.”

You can learn more about Stan, his journey and his cause by visiting his website here.