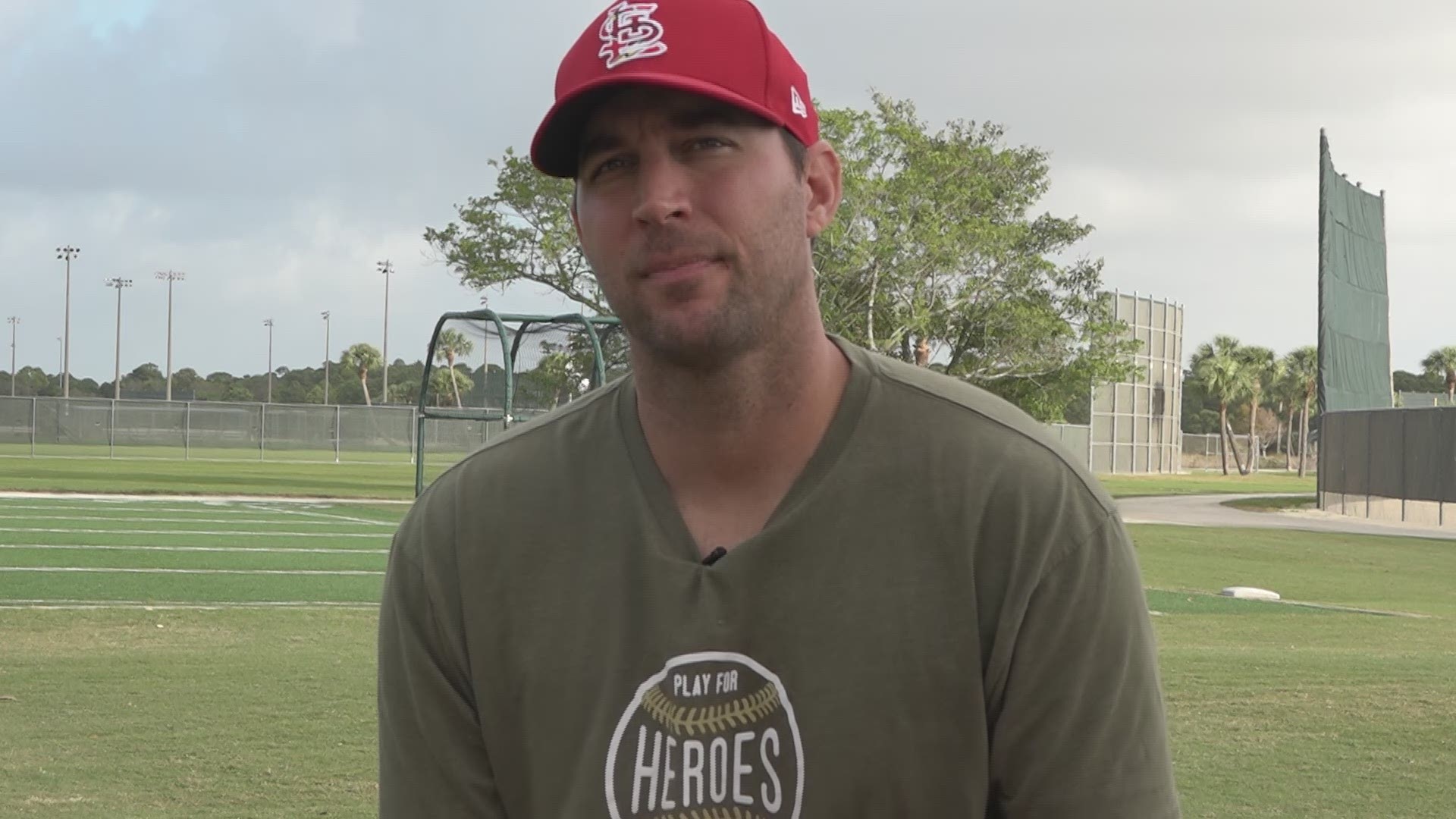 ST. LOUIS — Cardinals starter Adam Wainwright is known throughout baseball as one of the most generous and selfless players in the league. That's why what he and his family did on Thursday should come as no surprise.

On Thursday, the Wainwright family donated $250,000 to the minor league nonprofit "More Than Baseball" to help assist minor league players during the play stoppage caused by the coronavirus.

"This donation is going to make ballplayers feel a little more stable during this national crisis," Simon Rosenblum-Larson, President and Director of Player Development for More Than Baseball, and current minor leaguer with the Tampa Bay Rays said in a statement. "Every dollar is going to go to players who really need help..."

Currently, Major League Baseball has provided a guaranteed $400 a week for minor leaguers until April 9, when their seasons were set to begin, and is working on a plan for after that date.

The Cardinals themselves have announced a $1 million fund for game day employees during the stoppage, and will be honoring the daily per diem for minor league players.

More Than Baseball said the Wainwrights family's donation will help Cardinals minor leaguers eat healthy, train properly and focus on their health and development as ballplayers during the stoppage.

"The generosity shown by the Wainwrights during this time of uncertainty is exemplarly," Cardinals President of Baseball Operations John Mozeliak was quoted in the release from More Than Baseball. "We are grateful for their contribution to those in need.

More Than Baseball said the Wainwrights' donation came through the National Christian Foundation, and organization that collects charitable funds and approves nonprofit organizations for gift eligibility.

RELATED: Cardinals outfielder Dexter Fowler is stepping up against hunger during COVID-19 pandemic