Andrew Zimmern called it one of his favorite BBQ dishes in the country. Have you given it a try? 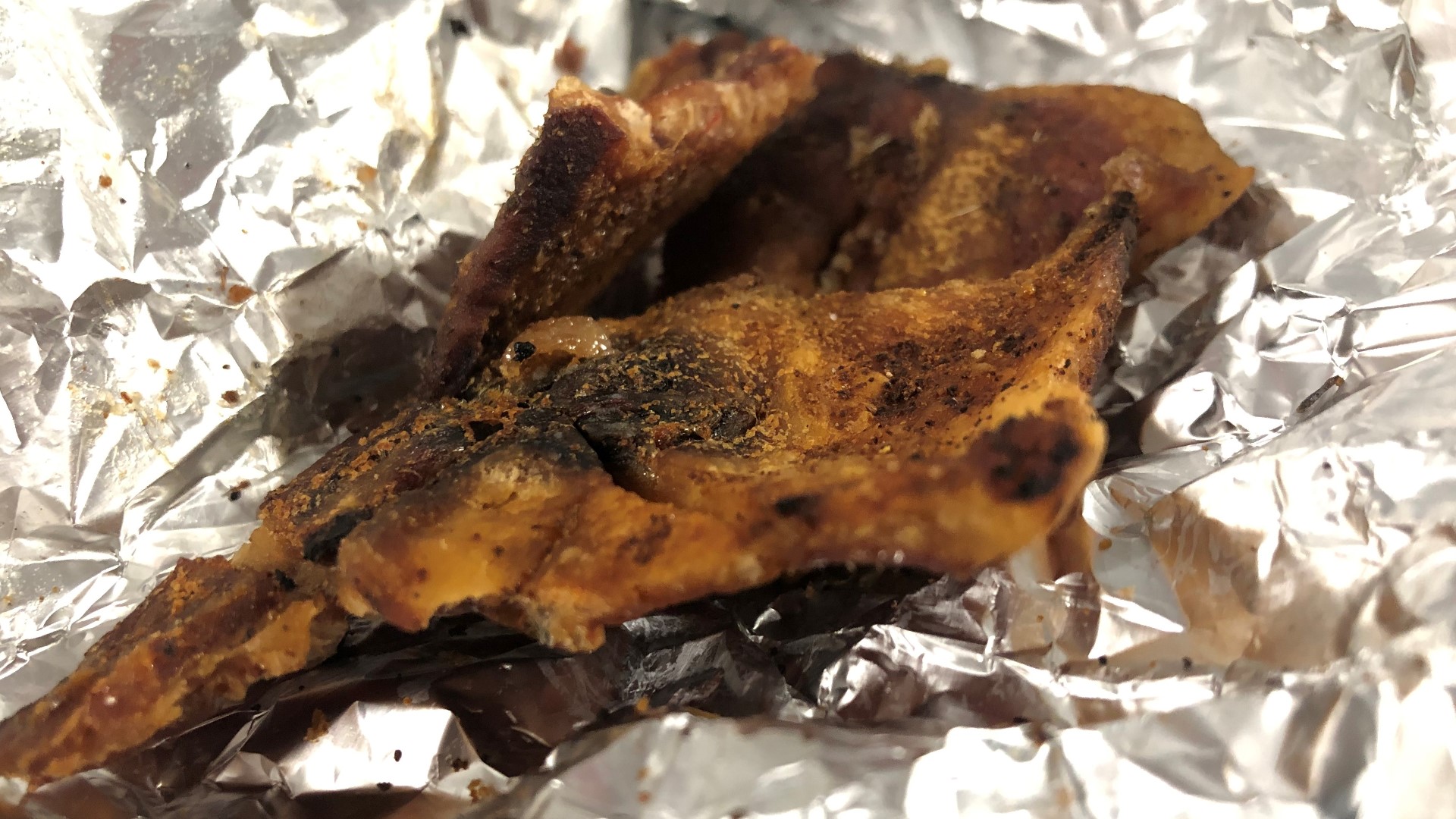 ST. LOUIS — Toasted raviolis. Provel cheese. Gooey butter cake. We all know these classic St. Louis foods, but did you know the Gateway to the West also is known for… pig snoot?

“We are internationally known for our snoot,” Earline Walker told the Abby Eats St. Louis producer in the lobby of her barbecue restaurant, Smoki O’s. “It’s amazing.”

If you haven’t tried—or even heard of—pig snoot, think of it as a mix between pork skins and bacon. It’s the pig’s nose (no nostrils), grilled up to a crisp and served like a chip.

“Our snoot has created Smoki O’s as a destination place. When people come to St. Louis they want to see the snoot. They want to taste the snoot,” Walker said.

She said the popularity of snoot started on food trucks in East St. Louis back in the 1940s.

Zimmern visited the restaurant at 1545 N. Broadway back in 2013. The trip ended up on his Travel Channel show ‘Bizarre Foods America.’

“Smoki O’s snoots are so good, I would put them in my top 10 favorite barbecue dishes in the country. When you are in St. Louis, you gotta try a rib tip and snoot combo, trust me, you’ll become a believer,” Zimmern wrote on his website.

Danny Meyer—being the proud St. Louisan that he is—wanted to spread the snoot news with New Yorkers, so he brought Walker and her husband and co-owner Otis Walker to New York City for the Big Apple Barbecue block party.

Walker said thousands of people lined up to try snoot.

“The lines were so long because it was an educational process. New Yorkers know about snoot now,” she added.

If the popularity of snoot outside of St. Louis isn’t enough to convince to give it a try, here’s another benefit. Even though it’s compared to bacon, snoot is surprisingly healthy.

“Snoot is the healthiest thing we serve at Smoki O’s,” Walker said.

The Missouri Department of Agriculture rated it as having 43% protein and 2% fat. Walker added that it’s an especially good food for people recovering from surgery or going through chemotherapy.

“We have a lot of patients who are on chemotherapy. They can keep that down. They’re getting that nutrition that they need to help them stabilize their health,” she added.

And to those who are still skeptical about giving it a try, Walker gave this pitch…

“Well, if you enjoy bacon, you’ll love snoot. Because the flavor is very similar. It’s crispy. You won’t be tasting any fat because you know sometimes bacon has fat rendering through it but not snoot. It’s totally crispy. It’s wonderful. You’ve got to taste it.”

Abby Eats St. Louis featured Smoki O’s on its latest podcast episode titled, ‘Snoot is a St. Louis thing… so, we tried it.’ Host Abby Llorico and producer Dori Olmos did a taste test and got several other 5 On Your Side employees to give it a try.

You can hear their takes and more from Walker by listening here. And make sure to subscribe to the Abby Eats St. Louis podcast to get the latest episode as soon as it’s released.

Abby Eats St. Louis is hosted by 5 On Your Side’s Abby Llorico.

You can listen to the latest episode in the player below or by clicking here.

Abby Eats St. Louis is available for free on all podcast apps. We’ve included links to some of the most popular platforms below.