Now that the waters are gone, efforts to restore homes have begun. 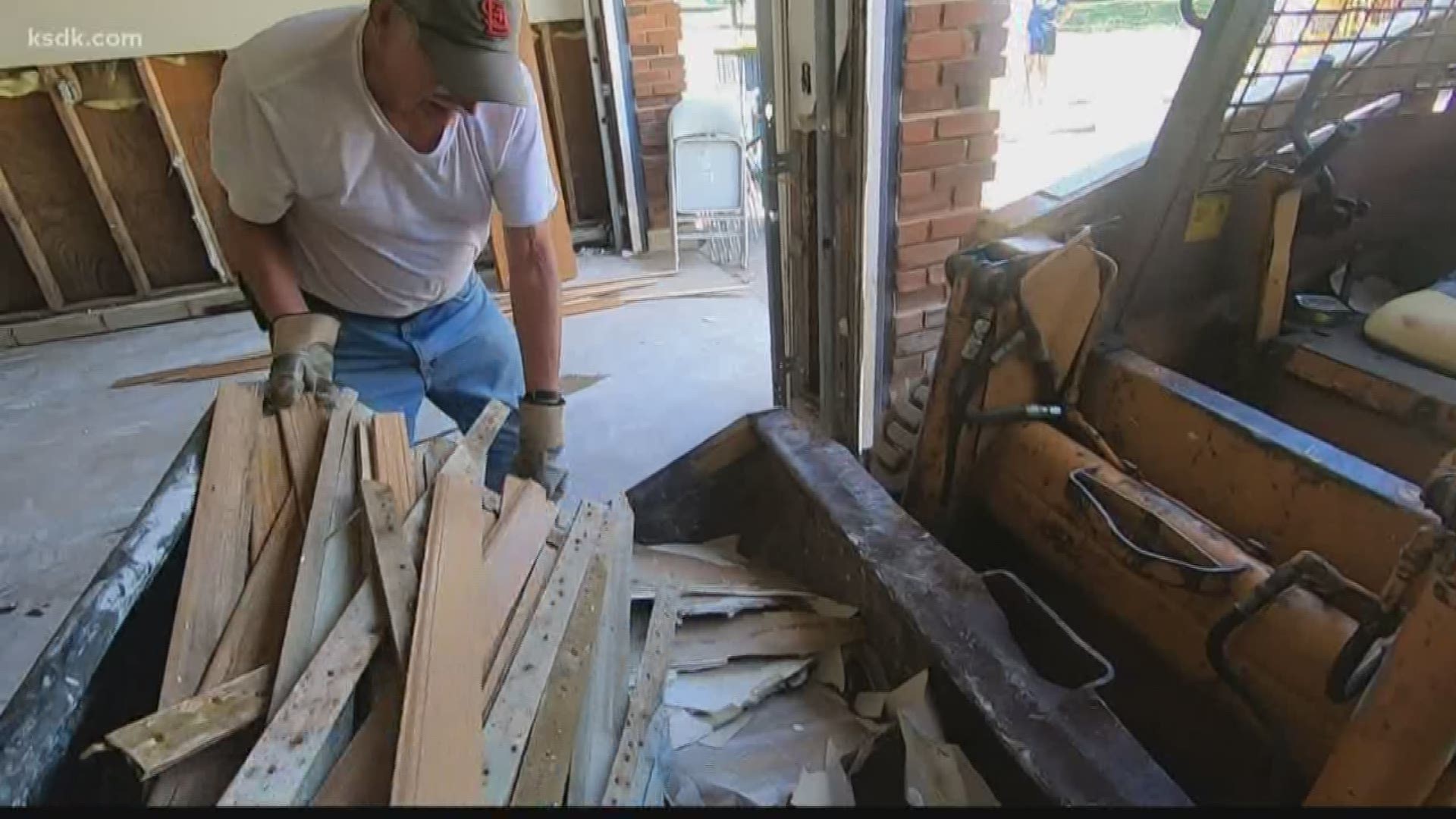 WINFIELD, Mo. — Hammers into drywall and bare hands ripping it off. It's the last sight Winfield resident Lynda Meadows wanted to see.

Now that floodwaters are gone, efforts to restore her home have just begun.

That's why a group of volunteers have come in to completely gut out houses for free.

"Well we really needed them, because for a long time, it was me and my brother doing this stuff," Meadows said.

They are called the Missouri Baptist Disaster Relief. It's a group of Southern Baptist churches working together to help anyone dealing with tragedies.

"We strip them out and it's up to them to put it back together," Coordinator Thomas Snethen said this is the first home in Winfield. "We're stripping the dry walls down so we are getting the walls ready to put new drywall in, we'll pull nails and everything else."

By demolishing the walls, it removes the mold and wet insulation. According to Snethen, this saves homeowners thousands of dollars.

As these volunteers clean up the mess, Meadows is also picking up the pieces to move forward.

"I had a very pretty home, it was the way I wanted, but now it's gone and I have to start over," Meadows said.

The Missouri Baptist Disaster Relief urges more volunteers to join to help out. If you'd like to, here's the link to sign up.

RELATED: 'This is my happy place' | The Boathouse in St. Charles reopens after a tough loss in sales from flooding