'I'm about to die here' | Woman recalls being swept away, rescued from flash flood

The hero, still dressed in his work clothes, said he's never rescued anyone but knew he needed to help. 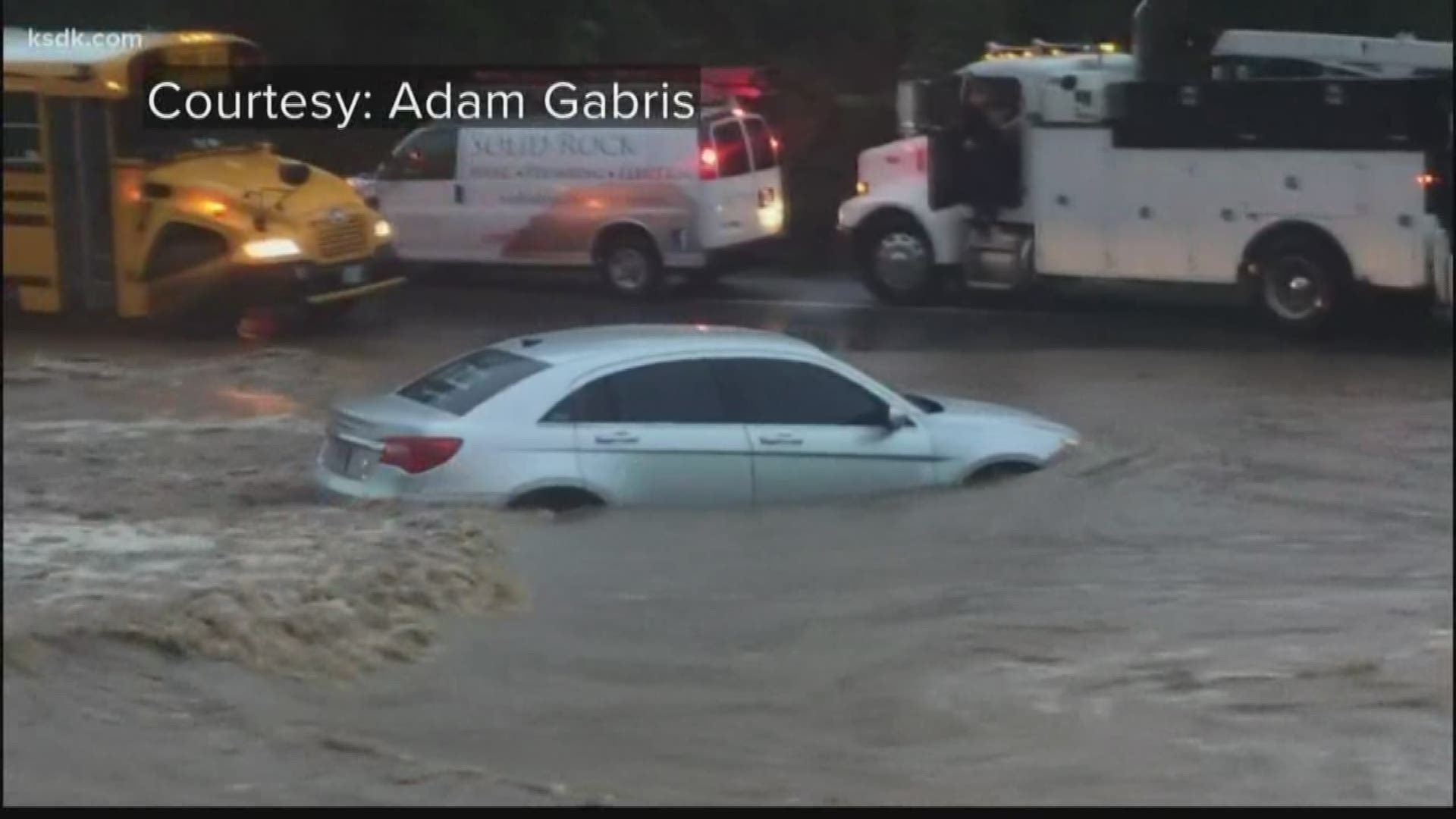 The scene left drivers along highway 109 in shock while a car spun out of control as the waters of a flash flood lifted it completely off of the ground.

"You don't realize how much danger you're in, you're just like 'Oh great, my car is done and here I am,'" Paige Perry said.

Perry said losing control of your car as a flash flood lifts it completely off the ground is a terrifying feeling.

The video showed the current spinning her car at least two times.

You can't see her, but Perry was behind the wheel here. She was driving down Highway 109 in Wildwood following a line of cars when hers stalled out.

As the water rushed underneath her, Perry called 911, but it wasn't a paramedic who came to her rescue.

"He grabbed my hand and pulled me across and I grabbed the handle on the side of his truck and I took a big leap and my car took off," Perry said.

To her surprise, it was Brian Dinger, a man with a big truck and an even bigger heart.

The hero, still dressed in his work clothes, said he's never rescued anyone but knew he needed to help.

"Just what I hope someday, somebody would do for me and my family. It's the only reason I do it," said Dinger.

It's an act of bravery for which Paige will always be grateful.

"Brian you are amazing, and I can tell you don't think so but take those compliments because you rock and you're awesome," she said.

Now the problem is getting her car out. Perry said companies are asking for around $600 because of how the car is positioned.

She's getting married next month and now has to get a new car. She says it's just money she doesn't have.