Schlafly plans to revitalize a 71-year-old building right in the middle of the Highland Town Square. For the Schlafly family, it's also a return to their roots 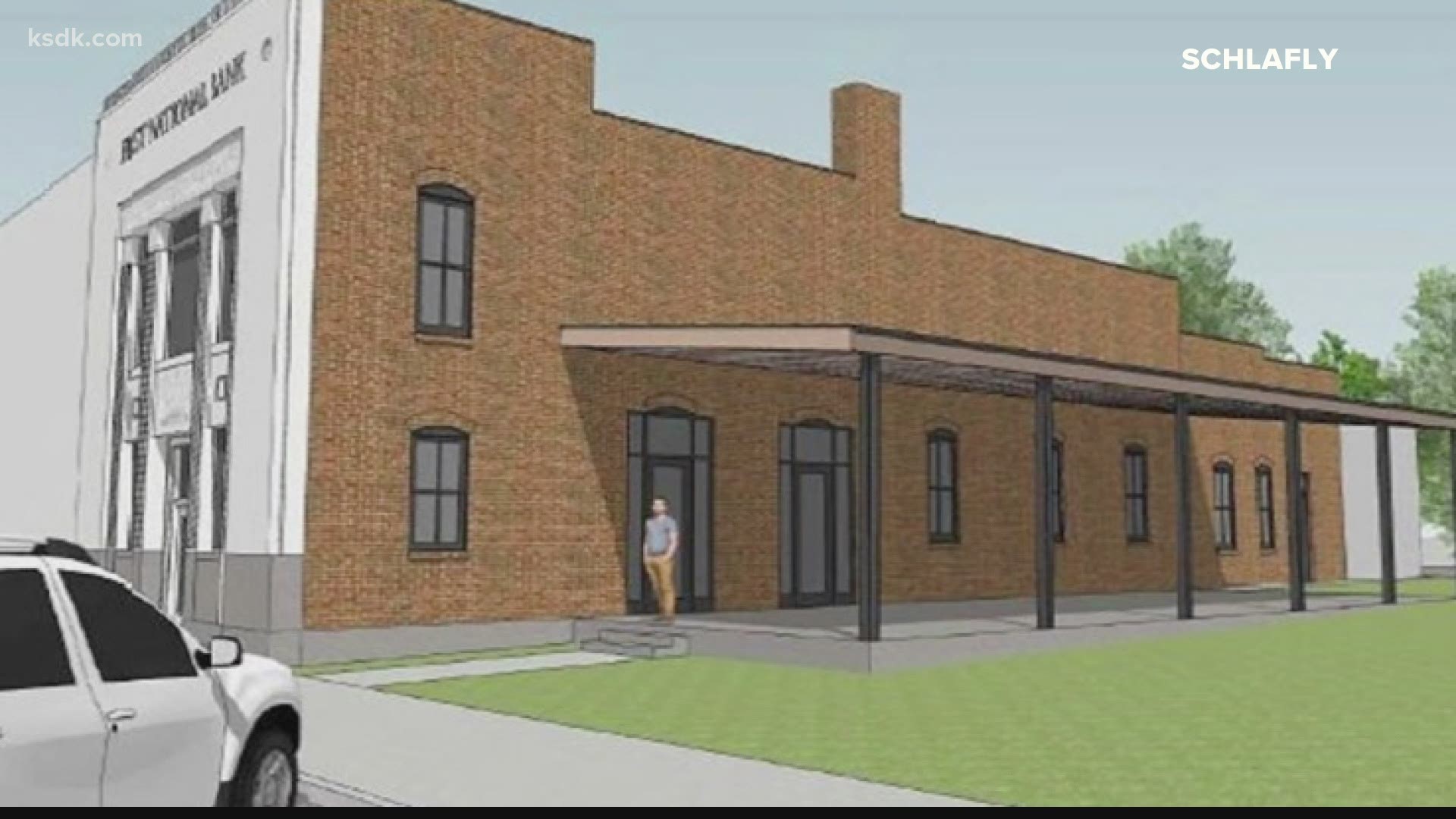 HIGHLAND, Illinois — Schlafly Beer is expanding across the river, setting up in a city that has deep ties to the St. Louis brewery’s family.

The City of Highland, Illinois, announced a plan to establish a Schlafly brewery in a historic building at 907 Main Street, right in the middle of Town Square. The new location doesn’t have a name yet but it’s expected to open this fall.

Schlafly plans to revitalize the 71-year-old building that once served as the Highland Chamber of Commerce but has been empty for the last several years. The 3,420 square-foot space will be turned into an 80-seat restaurant with a kitchen. Guests also will be able to an enjoy the changing weather on a three-season patio that can seat 100 people. Schlafly’s signature beers will be on tap, but the Highland location also will brew up its own specialty drinks, too.

Schlafly CEO Fran Caradonna said adding a fourth location is about more than just expanding. She said it’s about building partnerships and being a part of the greater St. Louis area community.

“Contributing to the cities that we live and work in is an integral part of the Schlafly Beer mission,” Caradonna said. “We’re thankful that the city of Highland has been an exceptional partner so we can work together to revitalize a space that will serve residents for years to come.”

“Our team knew that it was imperative to find a longstanding partner to become an integral piece of the community for years to come,” said Breann Speraneo, director of community development for the City of Highland. “With Schlafly’s respected reputation in the brewing industry and positive guest experiences across the St. Louis metro area, we found a perfect fit.”

For the Schlafly family, making the move to Highland was also a personal journey. The family has ties to the city that date back more than 100 years.

“Our family’s American dream began in Highland, Illinois,” Schlafly cofounder Tom Schlafly said. “After immigrating from Switzerland, the Schlaflys landed in New Orleans in May of 1854, and made their way up the Mississippi and settled in the town now known as Highland, Illinois. Now, 167 years later, David and I are excited to give back to the same community where our ancestors set roots so many years ago.”

Schlafly plans to hire 50-60 local employees for the Highland location this summer.