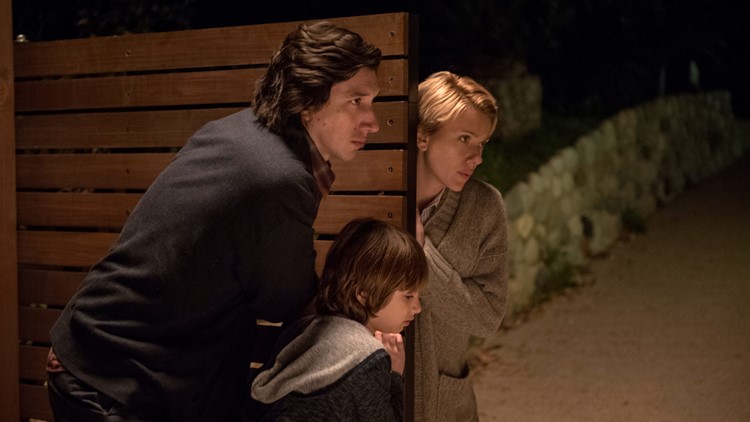 All of these words can be used to describe Noah Baumbach's new film about the slow dissolution of a marriage. All of them fit the bill in describing a movie that will rightfully make you uncomfortable and is chocked full of awkward moments, ones that easily make you cry. I watched this movie at home, and it was a wise choice, because I needed moments to gather myself during such a turbulent experience.

But believe me when I tell you that "Marriage Story" is one of the top five films I have seen this year (context: I've seen over 115 new films). A ruthlessly honest portrayal of a union between two human beings coming undone like cotton candy being pulled apart with already sticky fingers in a drizzle falling down around you.

As hard of a watch as this film can, it's also triumphant and winning at the same time. As rough as it can be to watch Scarlett Johansson's Nicole and Adam Driver's Charlie go toe-to-toe in a brutal apartment argument late in the film, you are sewed into their story, rooting for each side like a mother who can't pick a sibling on fight night. That happens because Baumbach's screenplay doesn't cater to one side here. It doesn't champion Nicole or ease over into Charlie's corner. You see the good, bad, and ugly of these two people for the entire two-plus-hour film. Don't let that run time give you pause, because it flies by like ten years of marriage.

This is where other critics will look up a cool, new word to describe the actor's performances. Forget that. I'll just tell you that Driver and Johansson, two accomplished thespians, are better than they ever have been. They are magnificent as two people wrestling not only with the past, but struggling to identify themselves amid a new life in the future. They nail every single idiosyncrasy and nuance of their characters.

I got sucked into their warm moments, illustrated in the very beginning of the film where the two read a letter about each other to the audience as we see them in their daily lives. The letter serves as a distraction to the blindside we don't see coming in the next hour of the film, where the two fight over location, time spent, and have strangers come into their lives and judge their parenthood over Henry (Azhy Robertson). The moments when the chilly atmosphere of divorce negotiations pull old band-aids off, revealing old scars. All of this culminates in the apartment fight, which begins as a healthy-looking truce but slowly goes downhill.

It's rare that you watch a performance and struggle to come up with another actress or actor who could play the role as well or better. I can't imagine a single actor stepping into Driver's shoes and showing us the stoic storm of vulnerability crawling around Charlie's persona. I can't place a name on the slot covering Johansson's career-defining work as a woman who has finally stopped second-guessing her entire life. It's tedious to think too hard about it because Baumbach did his homework. After all, like most of his films, this is taken from his own life. An episode of dysfunction made prettier onscreen but carrying twice the impact for the viewing strangers.

Baumbach's direction is intimately deadly, never wavering from the reactions after a long dialogue read. We are the house guests for a torrential downpour of human frailty, and Baumbach never drops the curtain. This is his best work behind a camera and with a pen in his hand. At the time of this writing, I haven't read or watched a better script this year, original or adapted. His writing is both organic and cinematic, combining all the juicy trimmings from a battle of wills between people at their worst that the audience needs without hindering his internal desire to make the film. There isn't a single false note in this script, and that should be celebrated.

This could be a two-person Broadway-type play and sting hard, but the supporting cast is excellent. Laura Dern is the Jack the Ripper of divorce lawyers, stabbing holes into Charlie's past like a thief in the night. She goes toe-to-toe with Ray Liotta in a courtroom scene that plays out like two dogs fighting over a bone, but gets deeper and more personal as it goes along. Alan Alda is superb as Charlie's attorney who knows too much about the end of marriages, but paints a healthier picture than reality shows while keeping an arms length from the action. Merritt Weaver (so good in this year's Netflix mini-series, "Unbelievable") and Julie Hagerty are pure mint (for "Super 8" fans!) as Nicole's sister and mother, respectively: Two women who love Charlie but love their own girl more.

Jennifer Lame's editing doesn't waste your time, and Jade Healy's production design took me right back to Woody Allen's "Annie." The settings of Los Angeles and New York play supporting roles here, casting out feelings of futuristic warmth and cold yet familiar pasts. Robbie Ryan's cinematography gets better as the movie grows grey hairs, never staying too close or far away from an implosion.

Randy Newman's score is the best I've heard in 2019, gathering the warm fire and bitter feelings of the story while giving some hope to your next late-night car drive. I'll be installing this soundtrack into my December Uber drives as a way to balance out the drunk air while giving some fresh, unbridled air for the next couple bickering session. This is a score where you can put it on years from now and I will instantly scream out "Marriage Story." I may start singing "Being Alive" like Driver does in this film, or telepathically force Johansson to finish the many cups of hot tea she leaves around the house. Newman's notes will suck me right back in, showering me in the film's greatest moments. That's what great scores do.

A couple colleagues of mine said they'd never watch the movie a second time due to their own life experiences and how tough the film was. I basically watched it twice the same day I screened it. I rewound parts, dissecting their appeal, and then going on before stopping again. I took in four-plus hours of Baumbach's work. I found the movie addicting in such a hypnotic way, like a hot stove that covering a few pieces of food you must clean up before sitting down.

I wanted more of Charlie and Nicole's story. When the final scene came around, I got mad, knowing it was the end. That's not the sign of a great film; it's the sign of a superb film that will play just as well in 10-20 years.

Seriously, you should have already started watching "Marriage Story." It's one of 2019's, and probably 2020's best films.