The late actor's last role is indeed his best performance, one that should be remembered come Oscar time.

ST. LOUIS — Neil Young once sang, "it's better to burn out than to fade away."

Let me say with absolute certainty that Chadwick Boseman didn't just disappear, or fade away, with his final performance. He is a captivating presence in "Ma Rainey's Black Bottom," a startlingly alive adaptation of August Wilson's play that carries timely purpose in all the sweet and bitter ways.

A heartbreaking element spinning around the middle of a heartbreaking film, Boseman shows movie lovers his true colors in a role that should easily net him an Oscar nomination and quite possibly, the posthumous statue in April. This is not an example of a writer showing a late actor some polite grace. Boseman is just that good here.

The film centers around a group of musicians at a Chicago recording studio in 1927. With the Great Depression hanging around the corner and racial tensions at a fever pitch still, Ma Rainey (a towering Viola Davis) and her band come together to record a new song. A tune for a few bucks sounds like an easy day at the office, but not with this particular crew. But the hostility between the band members, who have played together for many years yet still may carry their own dreams of standing up front by the mic, boils over throughout the course of the 97 minute film.

The dialogue springs off the screen at the viewer like lasers. Stage plays being converted into movie screenplays can be tricky sometimes, but director George C. Wolfe and screenwriter Ruben Santiago-Hudson keep the music and words flowing within a dusty old room in the basement of the studio, where another gig turns into a lot more. By confining the action to a single room, thus locking the actors in a vice of regret and sadness, the performances are illuminated even more.

Colman Domingo's Cutler, veteran player in the band, just wants the music to go on, and the dollars to keep rolling in. He is willing to be a soldier for Ma, instead of doing his own thing. Boseman's Levy is the polar opposite, a free-spirited and higher thinking young man who is tired of playing in a sideshow slot, wanting to start his own band and write his own songs. Cutler, along with Glynn Turman's piano-playing Toledo and Michael Potts' Slow Drag, don't understand why Levy can't just play ball and do his part.

But like the audience, they are slightly blinded to the pain broiling inside this younger man's soul. For Levy, the world looks like one giant cage, one that he must break out of. Throughout the film, he tries to open a locked door in the basement over and over, doing his best to see if there's something brighter on the other side of it.

Boseman lets you feel every ounce of pain coercing through Levy's body. While the entire cast gives rock solid performances, the late "Black Panther" star is the one who stands out. He gets the juiciest monologues and carries the rawest emotions of anyone in the film. As beloved as Boseman was by his peers and fans, I don't think they've seen his best work yet. While he flourished as T'Challa in the Marvel Universe and as the last good cop in New York in "21 Bridges," Boseman didn't have a part that really allowed him to sink his body and soul into. Levy provided him with that light, and I am glad the world will get to see it.

It's a show-stopping performance that blends the real and fictional together like a bolt of lighting. It's truly a harrowing and surreal experience to see an actor shining this bright even though real life turned off his pilot light far too soon. Levy's story is bittersweet, a feeling that will wash over viewers as the film begins and deepens as the finale gets closer. You may think you know what's coming in the end, but trust me that you're wrong. I wasn't ready for the final ten minutes. They hit hard and suddenly, leaving you speechless.

Santiago-Hudson keeps Wilson's words unfiltered and blunt, aiding the actors in their separate monologues. Every actor gets a chance to shine here. Domingo shined in "If Beale Street Could Talk," and he brings that same soulful veteran presence to Cutler, a man who is aware of the disarray of the world yet tries his best to avoid its wrath as often as he can. Davis, nearly unrecognizable underneath Ma's luscious splendor, is a fierce storm of a woman, demanding that talent be looked after in a time where African Americans often were not.

The stories that come out of these characters' mouths are tragic and disorienting, tales that you wish weren't true. At one point, Turman refers to "leftovers" as how the world sees his race, and he does it with such quiet conviction that it stings harder.

But this is Boseman's show. He's a live wire in this wicked ensemble. Levy's stubborn and sinister batch of dreamy ambition was made for his talents, wide-eyed and glowing with an energy that should be considered heroic for a guy who was battling Stage 4 pancreatic cancer at the time. The film shows you the high he had to offer, and why it's so unjust for it to be taken away so soon. The passion, vigor, and boatloads of swagger shown on screen make you sad that he's gone, but comforted by the fact that he didn't fade away.

Bottom Line: "Ma Rainey's Black Bottom" is a lively experience, carried up high by a dedicated cast and a script that punches hard in a timely manner, showcasing the final hurrah of a fine talent. 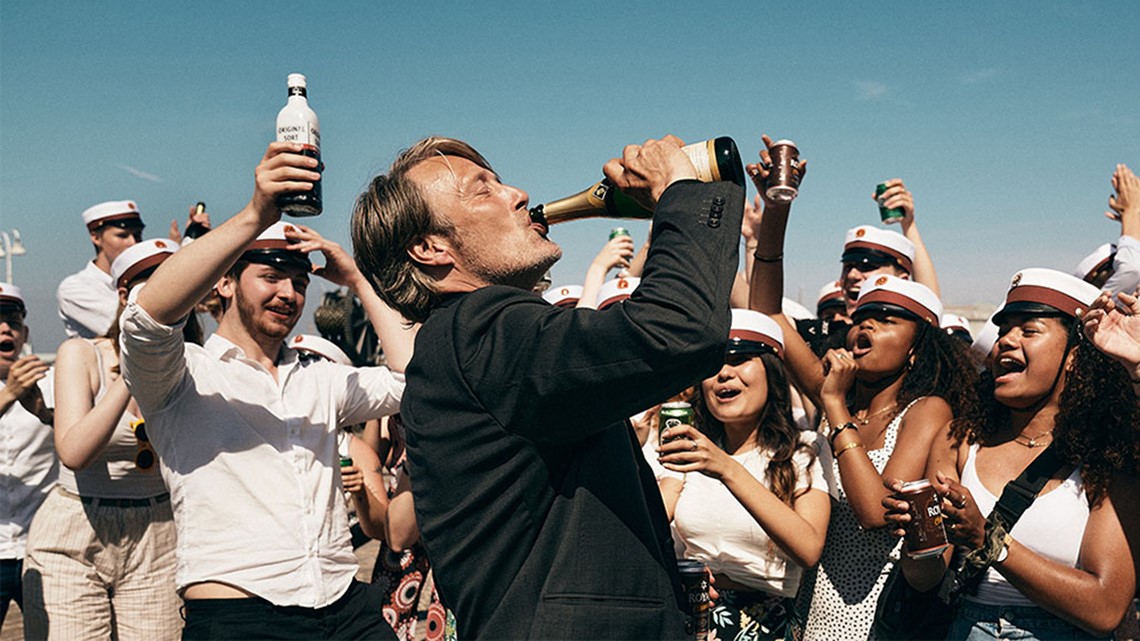 'Another Round' Review | Mads Mikkelson's performance is a standout in this wonderful ode to friendship
Four friends test the limits of true sobriety in this hilarious and heartfelt story about the joyous and hazardous temptations of alcohol consumption. ST. LOUIS - The ageless question still stands tall. Does drinking alcohol make you a more fun person to be around?