A go-for-broke performance in a Safdie Brothers' gem.

ST. LOUIS — People say burning the candle at both ends is a dangerous endeavor.

Essentially, in the words of Neil Young, you burn out instead of fade away. Howard Ratner (Adam Sandler), a shifty jeweler in New York, burns six candles at both ends, carrying a belief that the flame will never touch him.

Howard isn't your grandfather's jewel shop owner/salesman. He's a low-level grifter who cuts too many corners with dangerous people. A compulsive sports gambler who has sunk his soul into NBA action, this is the guy who takes one person's money and uses it to make a bet on another. Don't worry, he'll just pawn the expensive necklace he was paid to repair in order to make ends meet if he loses.

I'll admit that watching "Uncut Gems," the latest film from The Safdie Brothers, is a gut-wrenching experience that grows increasingly claustrophobic. You spend two-plus hours with Howard, a human Red Bull who can't resist the urge to let it ride. He's a hot air balloon to his wife (Idina Menzel) and three kids, climbing higher and higher into the sky, away from their lives.

He has a city apartment with his young girlfriend (Julia Fox). He makes bets with local players with the help of his assistant (the truly gifted LaKeith Stanfield). All the while, a pair of goons (newcomers Keith Williams Richard and Tommy Kominik) keep tabs on him. The way Benny and Josh Safdie work the camera, everything Howard experiences, we feel it as well. It's a full immersion into this world of high wire acts.

In one particular scene, Howard allows former NBA star Kevin Garnett (in a surprisingly solid supporting role) to borrow a mysterious and potentially valuable opal (this uncut gem triggers the film's central plot) if Garnett gives him his NBA title ring as collateral. Howard pawns it an hour later. That's who we are dealing with here. This is the kind of movie you become addicted to because most human beings wouldn't do what Howard does for two hours here. He's the deliciously tempting outlook a casino gives to every player. The idea that you put forth nearly your entire well-being and soul towards a game of chance. He's that exotic idea. 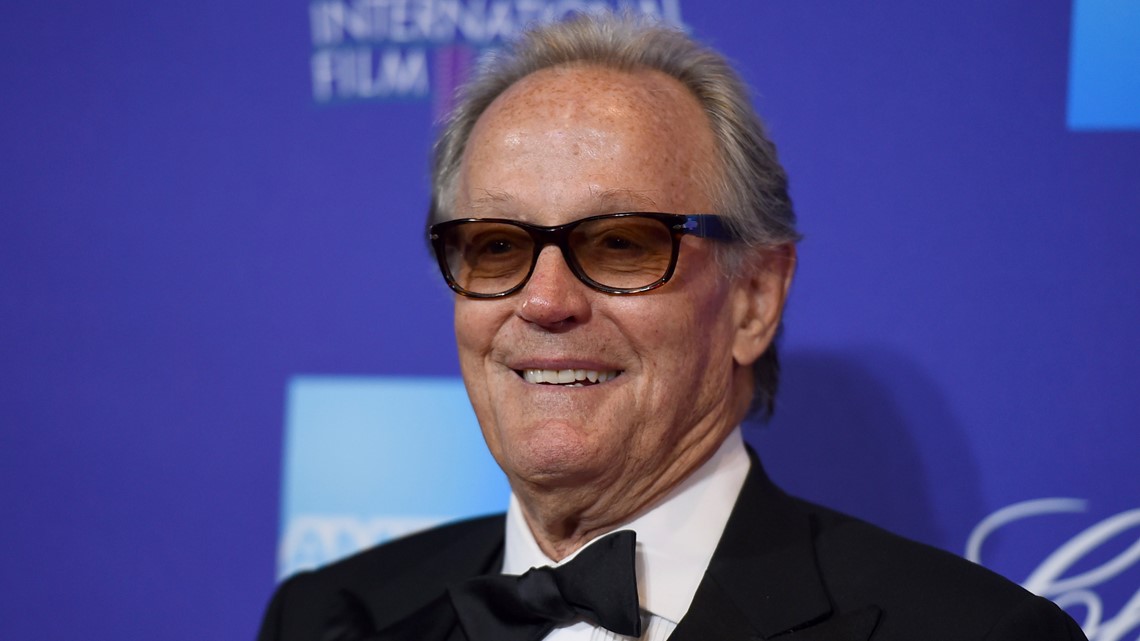 Entertainment stars we lost in 2019
They captivated us with their music, their words, their acting, their status and their personality. Some you may have never heard of but will recognize their work as soon as you see or hear it. Some were splashed all over social media. One was an inventor of something that may be in your pantry right now.

Here's the thing. Adam Sandler gives a career-best performance as Ratner. it's a performance for the ages. Oscar-worthy in every facet of the game. It's not even a discussion. Forget "Punch Drunk Love" and whatever previous dramatic attempt he gave film audiences, this performance is titanic in scope and bold depth. Sandler took a leap with this portrayal of a walking gasoline pump, going for broke in performing a role that most actors would just mishandle or chew to pieces within the first 30 minutes.

You see, the Safdie Brothers cast him for a reason. In the same manner, they used Robert Pattinson in 2017's exhilarating "Good Time," they put a legit movie star through the wringer, showering him make bad decisions in increasingly bad situations. With Sandler, they use his likable screen presence and ability to conjure humor in the darkest places to great effect, making Howard an untrustworthy deck of cards. You've never seen Sandler quite like this, but his resume isn't entirely missing in action either. The directors just know how to twist and turn that persona.

While Sandler owns the film, the entire cast is ruthlessly authentic. In some films, you can see the actors sweating and flexing to give a true performance. It can be hard to watch. You don't find that in "Uncut Gems;" instead of seeing actors sink into roles naturally. Menzel sears through her scenes as Dinah Ratner, a woman who is ready to cash in her chips with Howard after three kids, multiple decades of commitment, and the idea that she is strapped to a bomb. While kids and teens may know her as the heroic voice of Elsa in the "Frozen" films, she's a desperate housewife on fire here. Everyone is a chameleon here, slipping into their roles like a thief in the night, from Eric Bogosian to Judd Hirsch to Stanfield. They don't give too much or withhold more than the right amount of people trying to avoid getting burned by Howard.

The mad hatter work from Sandler makes you root for Howard to somehow, someway pull out of his chaotic depths and see the light of day. Against all conceivable notions, I wanted him to make it out of the thick woods alive. I kept wondering if a hypnotic belief in his invincibility would doom him or lead to his survival. Due to the cast's devoted work here, that ride is a thrilling if tough ride to see through.

This film is frantically paced, never letting up to allow bathroom breaks or a useless subplot to take place. Sandler is in every scene, and Howard rarely stops moving, so we don't rest either, getting shuttled around New York like a taxi cab without breaks.

It's a mixture of old school vibes and a new world order. The production design is a Modern swig of "Mean Streets," lots of leather and gold. The cinematography is rattled and jumpy without being overwhelming to the viewer. "Uncut Gems" does work you over, like a competent boxer would in a 12 round fight. Right when you think the film is entering safe (aka familiar) waters, the Safdies do something to shake you.

The brothers are the real deal. Their films look and sound like 1970's thrillers with a dark heart, carrying a rhyme and reason that are equal in shape. It's not just slick-looking, the film has a pulse. Working with a story from Ronald Bronstein and adding their own flavors to the script, Benny and Josh have crafted one of 2019's best films. A film that embraces the foundation that "The Sopranos," "Mad Men," and "Breaking Bad" were built: a compulsive desire to watch bad men do bad things and try to make it out alive while the good guys fry. Cinema's finest trick personified.

I hope A24 keeps giving the Safdie Brothers money to play with. The make-believe they are creating may be disconcerting at first, but it eventually molds into a true experience.