A beacon of creativity and someone who battled cystic fibrosis, actor Anton Yelchin, who died in 2016, was more than the sum of his parts.

Anton Yelchin had cystic fibrosis. I bet you didn't know that the late actor battled that condition from childhood all the way to his untimely death at 27.

It's those kinds of things that are revealed in the passionate and endearing documentary about his life, "Love, Antosha." It is here that you find out the beloved and respected actor was much more than a makeover of a classic "Star Trek" character; Anton was a beacon of creativity who challenged those around him-like Jennifer Lawrence and Kristin Stewart-to be better at what they were doing not only in front of the camera, but in life in general. He was a guy who kept a detailed diary, was a credible musician who had a band named Hammerheads (the music is featured in the film), and had just gotten a film that would have been his directorial debut green-lit before his death back on June 16, 2016.

A faulty parking brake mechanism on Yelchin's Jeep Grand Cherokee was the culprit in an accident that left the actor pinned against the front gate of his home. As friend and "Star Trek" co-star Chris Pine eloquently and maddeningly puts it, "out of all the things that could happen, this tiny space captured his final moments."

But the documentary doesn't focus on his passing, instead shining a light on the things movie fans often forget or simply don't see: the oddball nature of an actor's personality.

The documentary opens up with Yelchin, a movie lover since he could walk, recreating the illusion of James Bond with his self-made home movie, "The Phantom." The earnestness in Yelchin's eyes was apparent from an early age. You could just tell this kid was going to be something. He was the actor who filled the pages of his script with notes about the character. He took what the screenwriter gave him and used it as a spice in the dish instead of the final meal served at the table.

Yelchin was also a loving son to Irina and Viktor Yelchin (they gave him the nickname, Antosha), a pair of Russian-Jewish refugees who fled their native country in order to provide a better life for their son in the 1990s. The bulk of the movie is dedicated to the loving embrace the actor showed his mother, from emails and letters to affectionate dances. Anton's parents were professional dancers and some of the best moments is seeing son and mother dancing or just being silly. Being silly was something Anton never seemed to shed, no matter how big his Hollywood star became.

He was one of those burgeoning talents that couldn't quite get rid of the "rising star" label. That's partially due in part to his need to do indie films and embrace the organic nature of filmmaking. He found one of his best experience on the romance drama, "Like Crazy," which was an autobiographical-flavored film from Drake Doremus. He shared the screen with up and comers like Felicity Jones and Jennifer Lawrence in the 2011 film, which carried an old school vibe that Yelchin loved. It was quite different from doing voice work for "Smurfs."

I bet another thing you didn't realize before is the amount of roles Yelchin completed before his death. By the age of 27, Yelchin had starred in 69 different film/television roles, most of them independent films that stretched the mind and existed outside the box. While I loved him best in "Charlie Bartlett," Yelchin shined in underseen dramas like "Odd Thomas," "Green Room," and the wonderful "Rudderless." He really packed a lot of life and accomplishment into his time here.

It's a dedication that, according to friends like Zachary Quinto and John Cho, consumed him at times, almost sucking up all his energy. A self-made torture of sorts. It didn't help that he constantly stared down his own mortality. Cystic Fibrosis takes most people at a very young age, but the life expectancy is right around 37 years old. A disease that builds mucus up in your lungs and clogs up your digestive system, making you constantly cough and struggle to breathe, was something Yelchin always fought in the back of his mind as well as physically. To his credit, he never missed a single day of film work.

I'll admit it's hard watching this film at times. Sure, it would help if the guy wasn't so great and inventive. He never cared to step into an ivory tower due to his fame, always keeping his family and friends closer than publicity. He did things his own way, but found his life cut short by a freak accident. While the first 70 minutes of the documentary avoid the eventual bittersweet end, the final ten minutes kick you in the gut. Tearful confessions from Lawrence and others come off as authentic instead of rehearsed, like they are still trying to come to terms with the tragedy.

That's what happens when you live a full life. A legacy is left gift-wrapped for those who adored you to unravel and find nurture inside of. Anton Yelchin left too soon, but he also left so much behind to savor and remember.

Cheers to Nicolas Cage (who co-starred with Yelchin in "Dying of The Light") for providing narration in Wolverine VFX's vivid recreation of Yelchin's letters, diary, journals, and emails. They add something extra to the experience. Cheers to Irina and Viktor for allowing director Garret Price (who is friends with Doremus) to make this film the right way.

If you knew of Anton, you'll love this film. It's a loving tribute to a life that felt like a slow but sure film production. If you didn't know Anton, you are in for a treat. 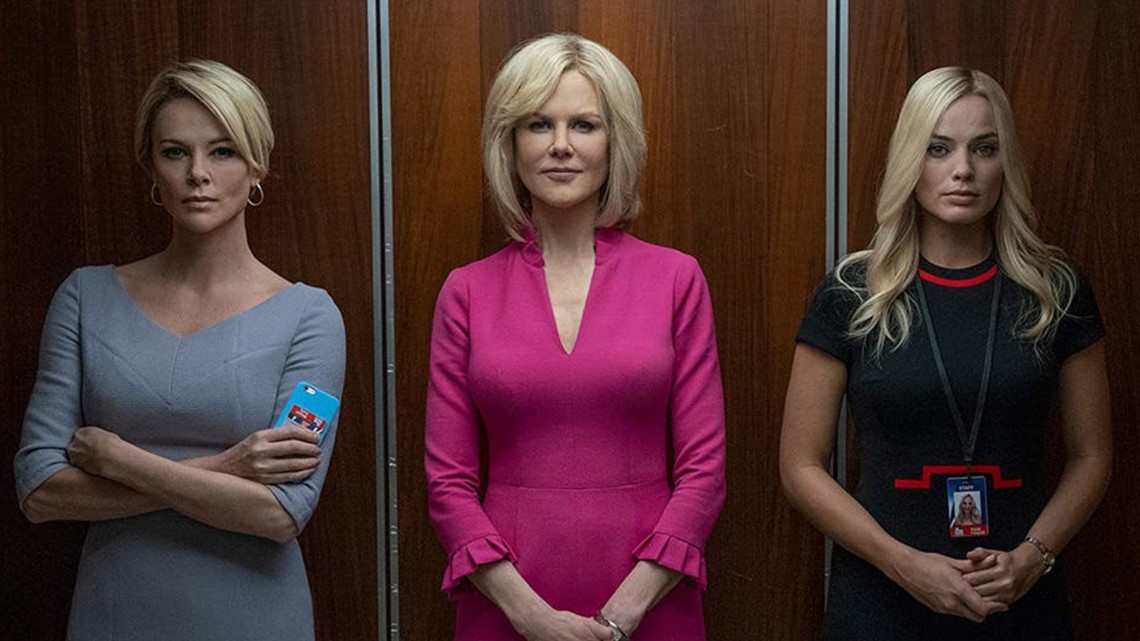 Review | 'Bombshell' is a well-crafted and vital film with top notch acting
ST. LOUIS - Jay Roach likes to dine at cinematic food buffets. In other words, he likes to make films in different genres, getting a helping of each tone, feel, and look. Roach, in a sense, eats around at the movies.