I can't begin to tell you how impressed I am with Theron. She can literally do anything right now. She's unstoppable

ST. LOUIS — Jay Roach likes to dine at cinematic food buffets. In other words, he likes to make films in different genres, getting a helping of each tone, feel, and look. Roach, in a sense, eats around at the movies.

This is the guy who made three "Austin Powers" movies and two "Meet The Fockers" movies, but also directed politically-charged dramas for HBO like "Game Change" and "Recount." Roach went funny with "The Campaign" and dipped his toes in hockey with "Mystery Alaska."

In his latest film, "Bombshell," Roach combines all his eccentric tastes to tell a story about how three women took down the mad titan of Fox News, Roger Ailes. It is here, after nearly 30 years and 16 directed projects later, that Roach has made his best and most complete film.

In a movie anchored by three electric performances, Roach takes his political thriller tactics, mixes in some dark humor, and finally digs his feet into the ground on the big screen in prime award-time territory. This is Roach's moment and he seized it. "Bombshell" isn't dull and has a gripping pace that never seems to waver while telling a vital and timely tale.

Charlize Theron soars as Megyn Kelly, the powerful Fox News anchor who came under fire from Donald Trump and was faced with the decision of a lifetime when Gretchen Carlson (a deftly restrained Nicole Kidman) accused Ailes of sexual assault. Along with Kayla Pospisil (Margot Robbie, on top of her game as usual), these women upended the world of cable news with their actions. 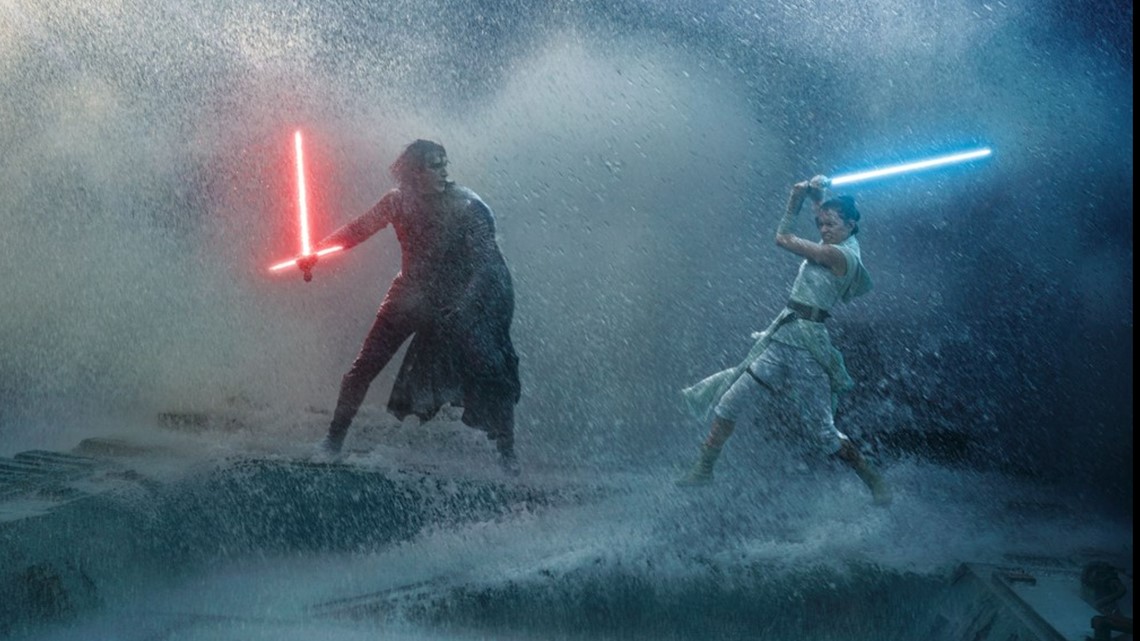 Review | Visually pleasing 'Star Wars: The Rise of Skywalker' plays it safe, fails to meet lofty expectations
A big movie arrives in theaters. What is it good for? Did it live up to the standard? "Star Wars" movies revolve completely around high expectations. Unlike 99% of movies that just want to sneak up and stun you, an addition to the George Lucas science-fiction bonanza arrives with the hype of a thousand seas.

I can't begin to tell you how impressed I am with Theron. She can literally do anything right now. From an action hero in "Mad Max: Fury Road" to an overwhelmed mother in "Tully" to a Presidential candidate in "Long Shot" to one of the most well-known Fox News personalities, she's literally unstoppable. With just a little makeup and voice alteration, she becomes Kelly right before our eyes. No gimmicks, just power. Owner of a prime time news show and carrying the most power of the three ladies, Kelly truly held the card as someone who had a few secrets of her own. Theron doesn't overplay it for a second, owning the role like Kelly did her future.

Kidman, taking over a role played by her real life friend and fellow Aussie native Naomi Watts (she was Carlson on the Showtime series, "The Loudest Voice"), doesn't try to chew scenery with the film's most important player. Pushed around by Ailes by years, she decided enough was enough and turned the tables. Kidman, like Theron, is as versatile as they come, but she shares the screen here in a fine supporting performance that isn't showy but sincere through and through.

Robbie follows up her stellar work in "Once Upon a Time ... in Hollywood" with a commanding performance as Pospisil, the secret weapon in the Ailes collapse. A composite of multiple real life characters, Robbie carves out a spot for herself in this circle of heavyweights. Reluctant at first due to a desire to ascend in the company, Kayla truly had her head turned in the grueling process.

A scene late in the film involving Robbie on the phone with her best friend and co-worker (Kate McKinnon, in a rare yet nice serious turn) in the rain pierces through the screen with tragic sadness. Robbie shows you what she can do with the most minimal of face gestures and lines.

Charles Randolph's script slices like a hammer across real events that take place a little over a year, never needing to slow down. "Bombshell" has the look and feel at times of "The Post" and Ron Howard's "The Paper," sweeping around the news room and corporate offices like a tour guide who had three red bulls before lunch.

The only slight nitpick I can find is the feel of the film sometimes wavers into procedural or chronicling a series of events, as if check-marks are being reached and sped past. But that clears up by the final act of the film where the true power drop lands and Roach's dynamic trio carries the film to another level.

Seriously, the three actresses make this film great and so tightly wound. You don't get these power players in one film that often each playing roles they were born to play. No one is miscast, everyone settles in and gives a great performance.

Oscar worthy? Performance wise, very possible. While I am unsure about other areas, I can tell you Roach made a great film in a busy movie season. He has taken aim at many genres throughout the years and never hit the mark. He nailed it here, reminding us of the unforgiving misuse of power and the resilient nature of women holding a different yet longer-lasting power.

"Bombshell" is a well-crafted and vital film with top notch acting. Go check it out.