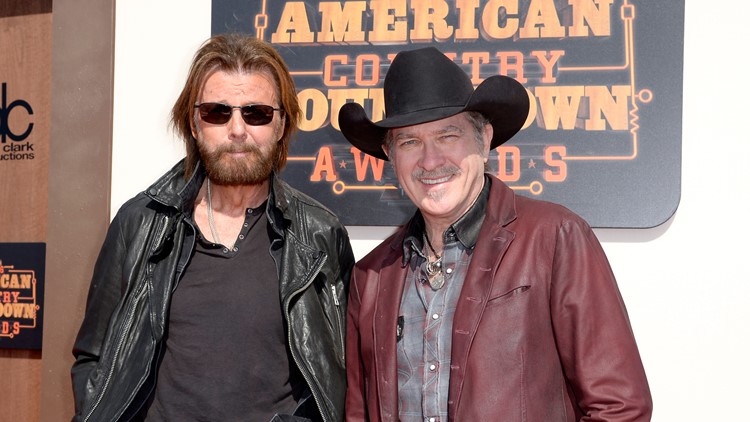 Photo by: Getty
INGLEWOOD, CA - MAY 01: Recording artists Ronnie Dunn (L) and Kix Brooks attend the 2016 American Country Countdown Awards at The Forum on May 1, 2016 in Inglewood, California. (Photo by Kevork Djansezian/Getty Images for dcp)

ST. LOUIS — Brooks & Dunn will perform at the Hollywood Casino Amphitheatre on Friday, May 15.

The 'Reboot 2020 Tour' is the duo's first nationwide tour in 10 years. They will perform in 18 cities, ending their tour in Chicago in September.

Tickets will be available first as part of the Live Nation Country Megaticket, but additional details have not yet been released.

“So much for ‘we quit,’ huh?” Ronnie Dunn said on the duo's website. “That horse that we were afraid of riding into the ground apparently didn’t share our sentiment…he gotta fire in his belly raring to go another round or two. I like the ring of it…'Brooks & Dunn ride again!'”

RELATED: The Who is coming to St. Louis this spring