She was the only contestant to give the correct response in Final Jeopardy! — even spelling 'Valentina Tereshkova' correctly — to finish the day with $31,200 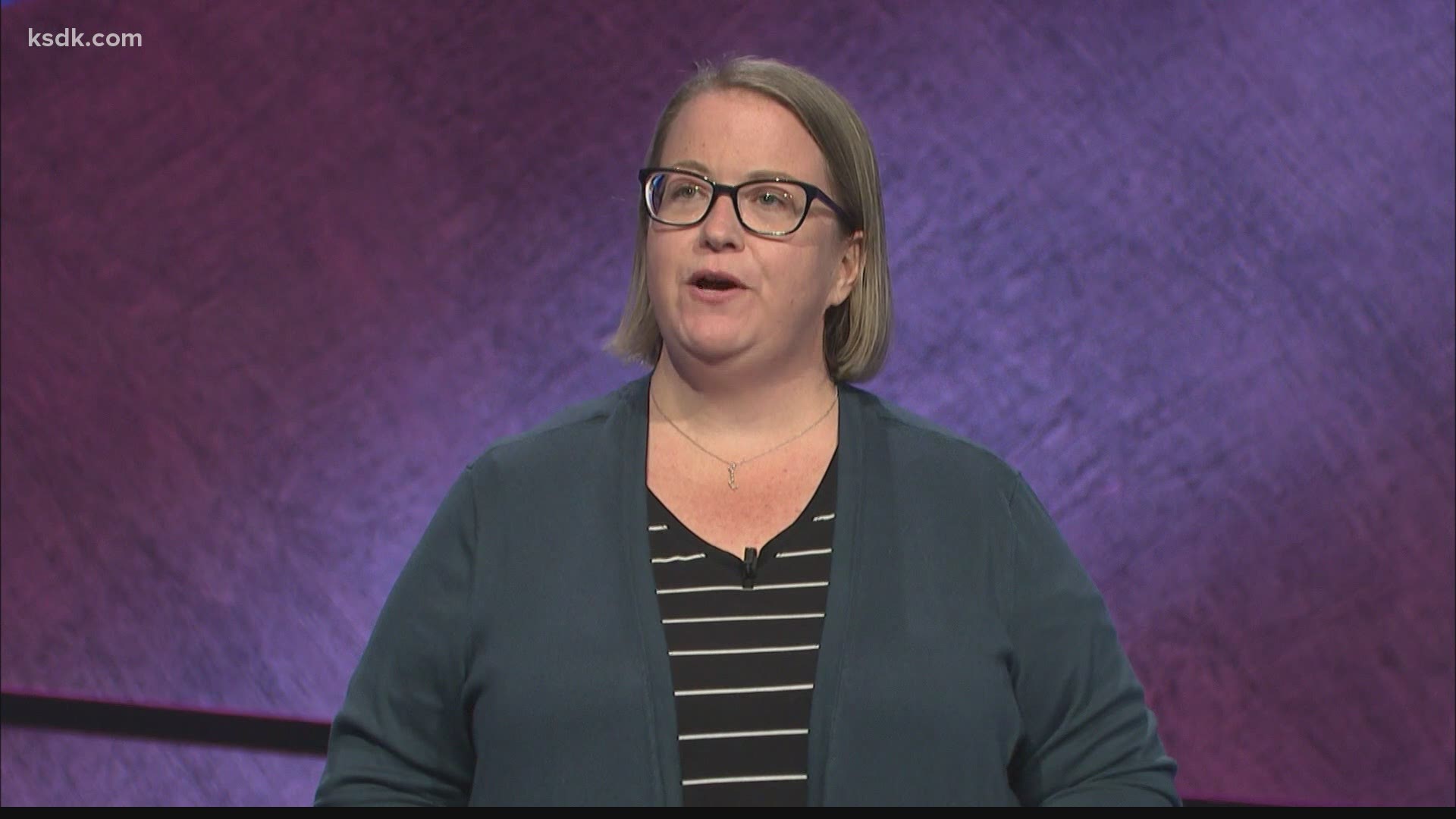 ST. LOUIS — Lindbergh High School teacher Sandy Olive is now up to more than $50,000 in winnings after back-to-back victories on Jeopardy!

Olive controlled the board for much of the game, piling up $19,200 and a $3,800 lead heading into Final Jeopardy! She was the only contestant to give the correct response — even spelling 'Valentina Tereshkova' correctly — to finish the day with $31,200.

Olive, a sophomore English teacher, knocked off the returning champion Tuesday in an episode guest-hosted by NBC's Savannah Guthrie.

In her debut, she got a little bit of home cooking in the sculptures category of Double Jeopardy!

"Statues of Dizzy Dean and Ozzie Smith are outside the stadium of this Major League Baseball team," the answer read.

Olive buzzed in and gave the correct response, which got a reaction from Guthrie.

Olive had a large enough lead heading into Final Jeopardy! that she didn't need to wager any money to hold on for the win.

In an interview with 5 On Your Side, Olive said she couldn't give away too many details, there were a few things that stuck out to her.

"The holding area was actually the Wheel of Fortune set and we just sat there, like in the audience of Wheel of Fortune, while they were doing work on the set," she said.