It's a girl! Baby chimp born at the Saint Louis Zoo

Chimpanzee Utamu gave birth to a little girl at about 3:30 a.m. Wednesday, the zoo announced 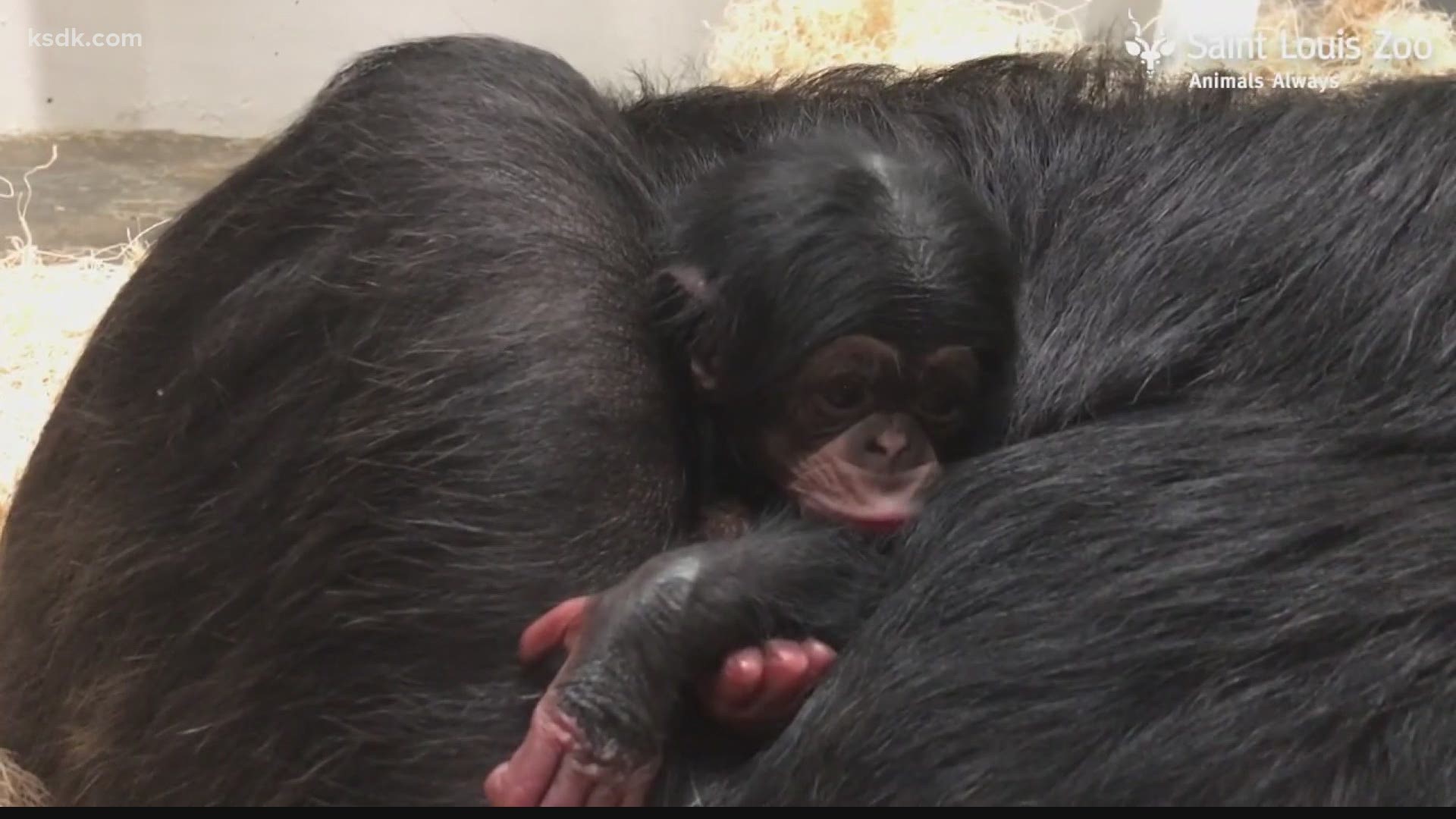 ST. LOUIS — The chimp troop at the Saint Louis Zoo gained an adorable addition this week: a baby girl.

Chimpanzee Utamu gave birth to a little girl at about 3:30 a.m. Wednesday at Jungle of the Apes, the zoo announced.

"We are all very happy to have a new baby in the troop and it is so great to see Utamu become a mother," said Heidi Hellmuth, Curator of Primates at the Saint Louis Zoo.

The new baby doesn't have a name just yet. Both mom and the newborn appear to be healthy and the little girl is clinging to mom well, the zoo’s primate care team said.

The new mom and baby chimp will be monitored in a private maternity area for the next several weeks, allowing them to strengthen their bond.

"We are hopeful that everything will continue to go well for both mom and baby. The next couple of months are critical," said Helen Boostrom, Zoological Manager of Primates, Saint Louis Zoo.

The zoo said it hasn’t decided on a public debut yet.

Zoo guests can still see other members of the chimp troop in the outdoor Donn and Marilyn Lipton Fragile Forest habitats.

In the meantime, guests can watch a video shared by the Saint Louis Zoo showing Utamu and her little girl moments after she was born.

This is 18-year-old Utamu’s second baby. In September 2019, she gave birth to her first baby, which, unfortunately, was stillborn or died shortly after birth, the zoo said. It’s presumed 28-year-old Kijana is the father of the new baby. Once the little girl is old enough, zoo staff members will do a blood test to determine paternity.

The birth was the result of a breeding recommendation by the Association of Zoos and Aquariums Chimpanzee Species Survival Plan, which is a scientific program to manage a genetically healthy chimpanzee population.

The baby appears to be healthy and is clinging to mom well, according to the Zoo’s primate care team and veterinarians.