Vintage KSDK: The day builders of the Gateway Arch discovered a 'wrinkled' leg 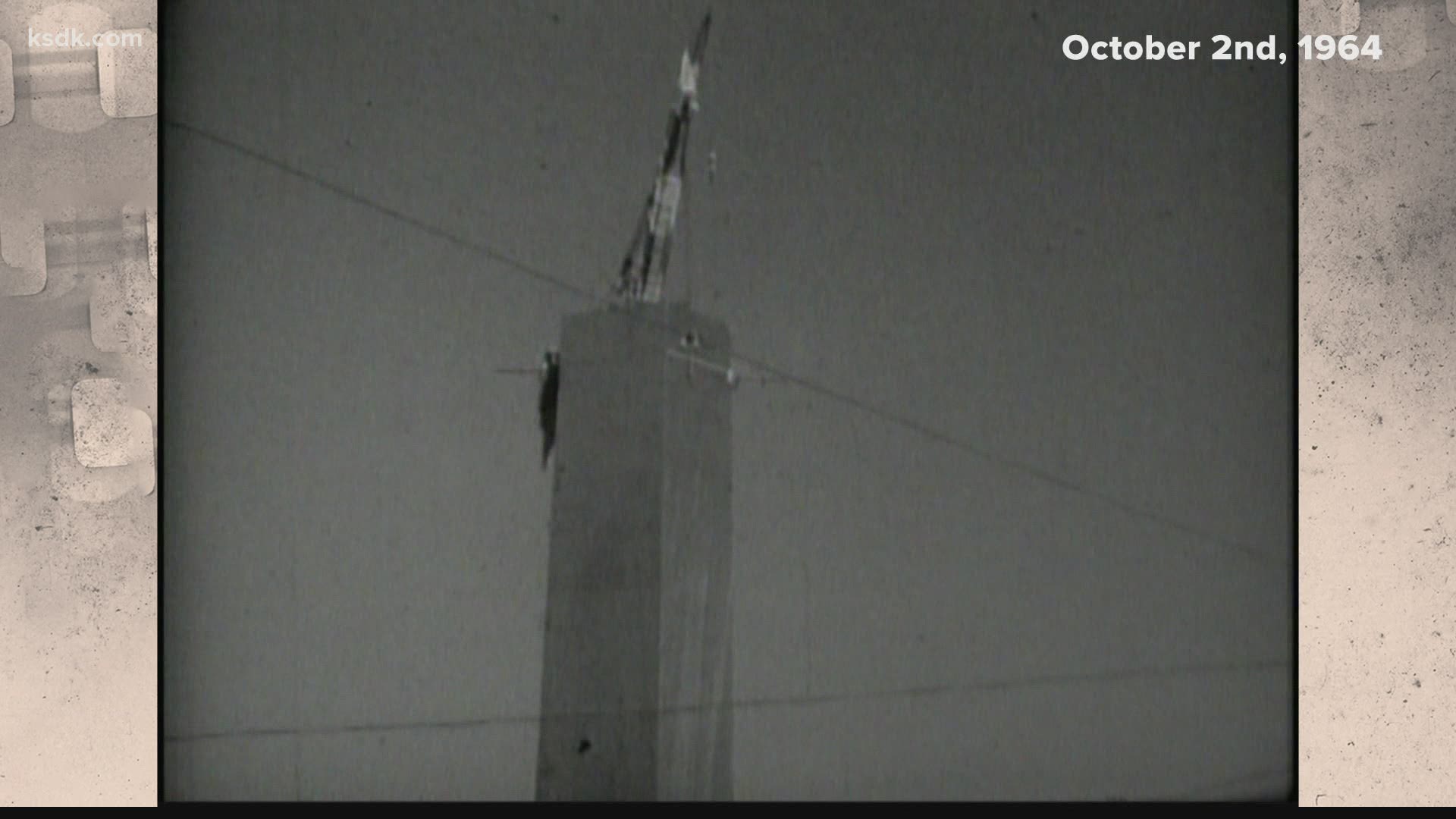 We are celebrating our city's most famous landmark all month long on Vintage KSDK by digging into our video vault.

Today we go back 56 years when builders discovered a "wrinkle" in the plans.

Construction of the Arch had reached 300 feet when workers noticed something wasn't quite right.

Wrinkles on the stainless-steel outer skin of the arch. These were supposed to be the first all-steel sections of the arch. The sections below the 300-foot level are reinforced by concrete.

Credit: KSDK
Construction crews filling a leg of the Gateway Arch with concrete.

They also modified welding techniques. More than 50 years later, this doesn't seem like much of a problem at all.

"Well, all the legs are technically wrinkled,” explains Bob Moore, a National Park Service historian. “And they, if you look at it in the right light, if the light is glancing off the side of the Arch, you'll see that there's wrinkles in the stainless steel and that's what they were talking about.”

“It was just a surprise when they actually put it together,” says Moore, “and probably the comment was made when the first wrinkled leg could be seen, because they didn't expect that was going to happen.”

In fact, some of the people involved in the project expected the arch to look different.

“They also thought it was going to be, you know, very shiny, very smooth, almost mirror-like,” says Moore, “but the type of stainless steel they had to use was not shiny like that."

Builders predicted the setback would cost them two weeks.

Instead it took two months.

The project finally got back on track in December, pushing the late May completion date back. That would put completion around mid-June, if all went well.

Of course, they didn't quite make that mid-June target date.

There were more delays to come and it would be late October 1965, before the final piece was put into place.