On hand for the ceremony 62 years ago, Missouri's first female member of Congress, Leonor K. Sullivan 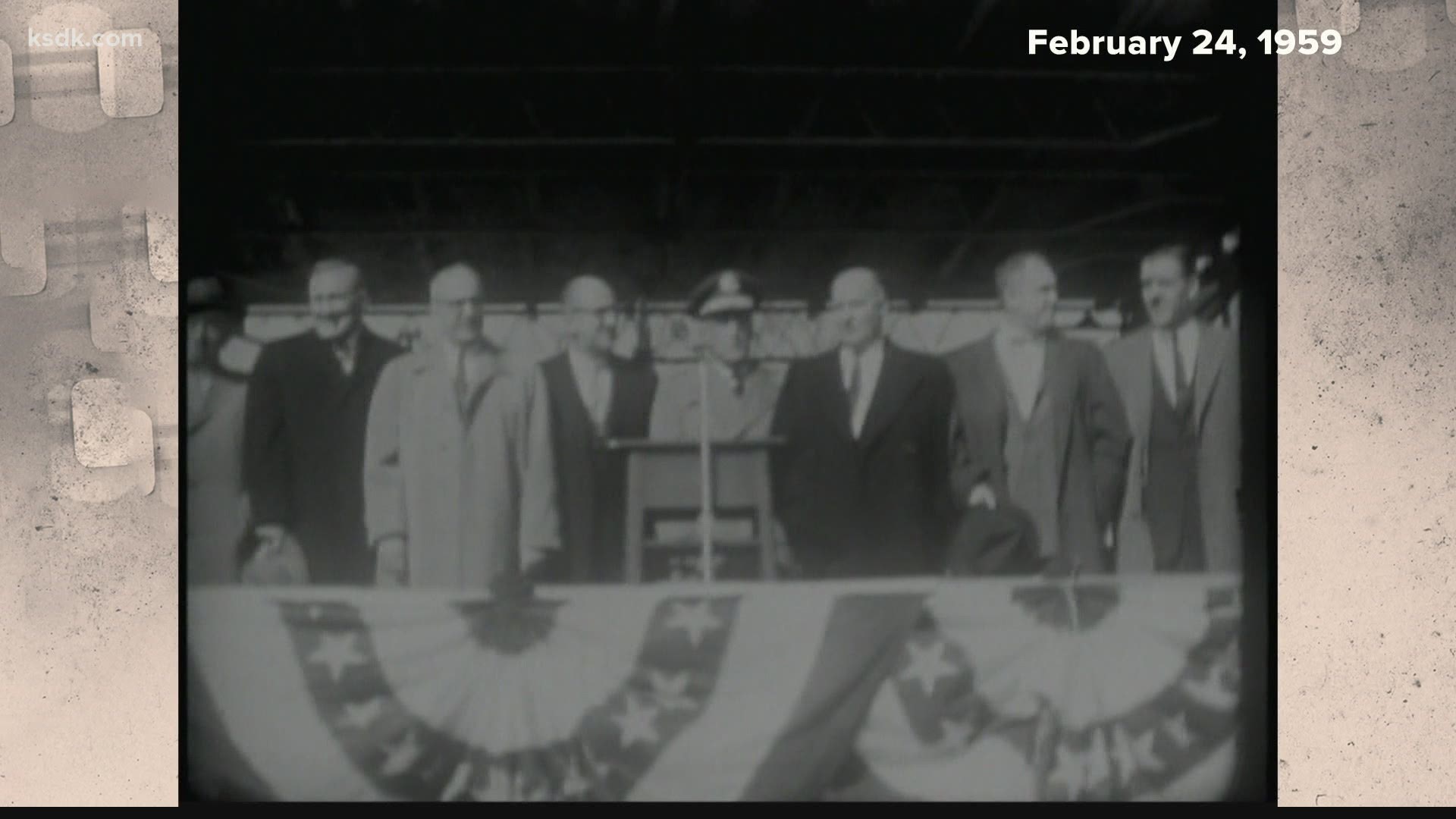 ST. LOUIS — You've probably heard a lot about it, but chances are you've never seen it.

On this week's Vintage KSDK, we go back 62 years to the day ground was broken on construction of the wall that keeps the City of St. Louis dry in a flood.

Dignitaries and members of the public gather to launch a $130 million project that would protect the city of St. Louis from the Mississippi River.

Helicopters bring four congressmen, their wives, and officers with the Army Corps of Engineers to the foot of Humboldt Street.

Representative Leonor K. Sullivan, Missouri's first female member of Congress, and the person after whom the street along the riverfront is named.

Melvin Price, a congressman from the Metro East who served 40 years in the House of Representatives. The lock and dam in Alton is named after him.

Following all the speeches, they got out the shovels to break some ground.

First up, Morton Meyer, the president of the St. Louis Flood Control Association who spent years working to get the floodwall built.

Waiting in the wings were bulldozers ready to move in to begin building the series of earthen levees, concrete floodwalls, pumping stations and sewers that would protect be 3420 acres along the riverfront from a flood stage of 52 feet.

The elaborate system extending 11 miles from Maline Creek to the foot of Chippewa street would take six years to complete.

And in 1993, when the Mississippi River at St. Louis crested at 49.6 feet, that wall held, and saved the city from devastation.

A celebratory dinner was held that night at the Chase Park Plaza.

It was an expensive project at 130 million dollars, but the federal government picked up about 125 million of the total cost, with the rest being shared by the city and other local agencies.