Vintage KSDK: The blizzard of 1982

"Nobody saw this coming,” said former KSDK anchor Jennifer Blome, who had presented the weather the night before 20 inches of snow fell in parts of St. Louis 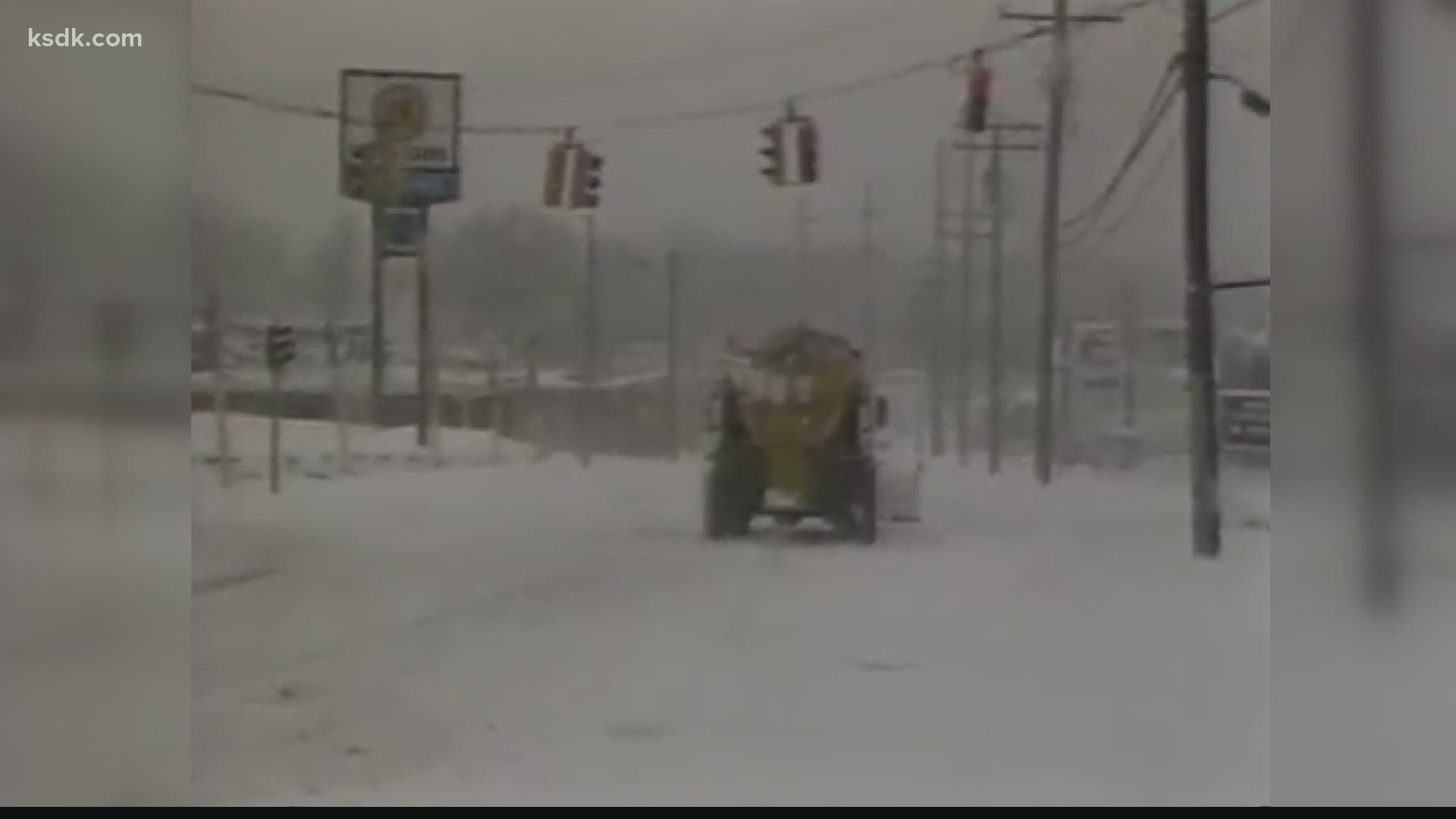 ST. LOUIS — If you lived in St. Louis in 1982, just hearing the date Jan. 30 can still send shivers up your spine: the day of the St. Louis blizzard!

Let's go to the video vault for a look back 39 years ago, when the area was paralyzed under more than a foot of snow.

Thirty-nine years ago, our city woke up to one of the worst snowstorms in its history. Dubbed The Great Blizzard of 1982, it shut down everything. Four thousand drivers were stranded on roadways.

Former KSDK anchor Jennifer Blome was working as a weather presenter that weekend.

"Nobody saw this coming,” said Jennifer, who worked Saturday night, Jan. 29. “After the 10 o'clock news, I went home. I woke up on Sunday morning and there was 13 inches of snow. My Honda Civic was buried. I burst into tears, I packed a backpack, and started walking to work from Clayton."

Credit: KSDK
Thousands of St. Louis drivers were stranded on roads on January 30, 1982, the day more than 20 inches of snow fell in a snowstorm.

She stopped at the Wydown Market where she ran into a dentist and his wife in an SUV.

"So this nice dentist and his wife drove me downtown, which took two hours," Jennifer recalled.

It was so bad, some schools stayed closed for a week. In the end, it took days to dig out; 20 inches of snow had fallen in what forecasters called a 1-in-70-year snowstorm.

Because she was one of the only on-air people to make it to work that day, it also launched Jennifer's career as a KSDK news anchor.

"I could have easily probably hiked through the snow and made it, but I am forever grateful to that dentist and his wife for giving me a ride," Jennifer said.

Jennifer said a few other coworkers were able to get to the station by Monday.

Some of our viewers may remember Helen Weiss, who was worked in public relations for Famous-Barr stores. She called the newsroom and asked what personal items those stuck at the station needed, and ended up delivering clothing, underwear and toiletries.