Located on the campus of what was then known as McKendree College, the chapel was 100 years old and no longer safe 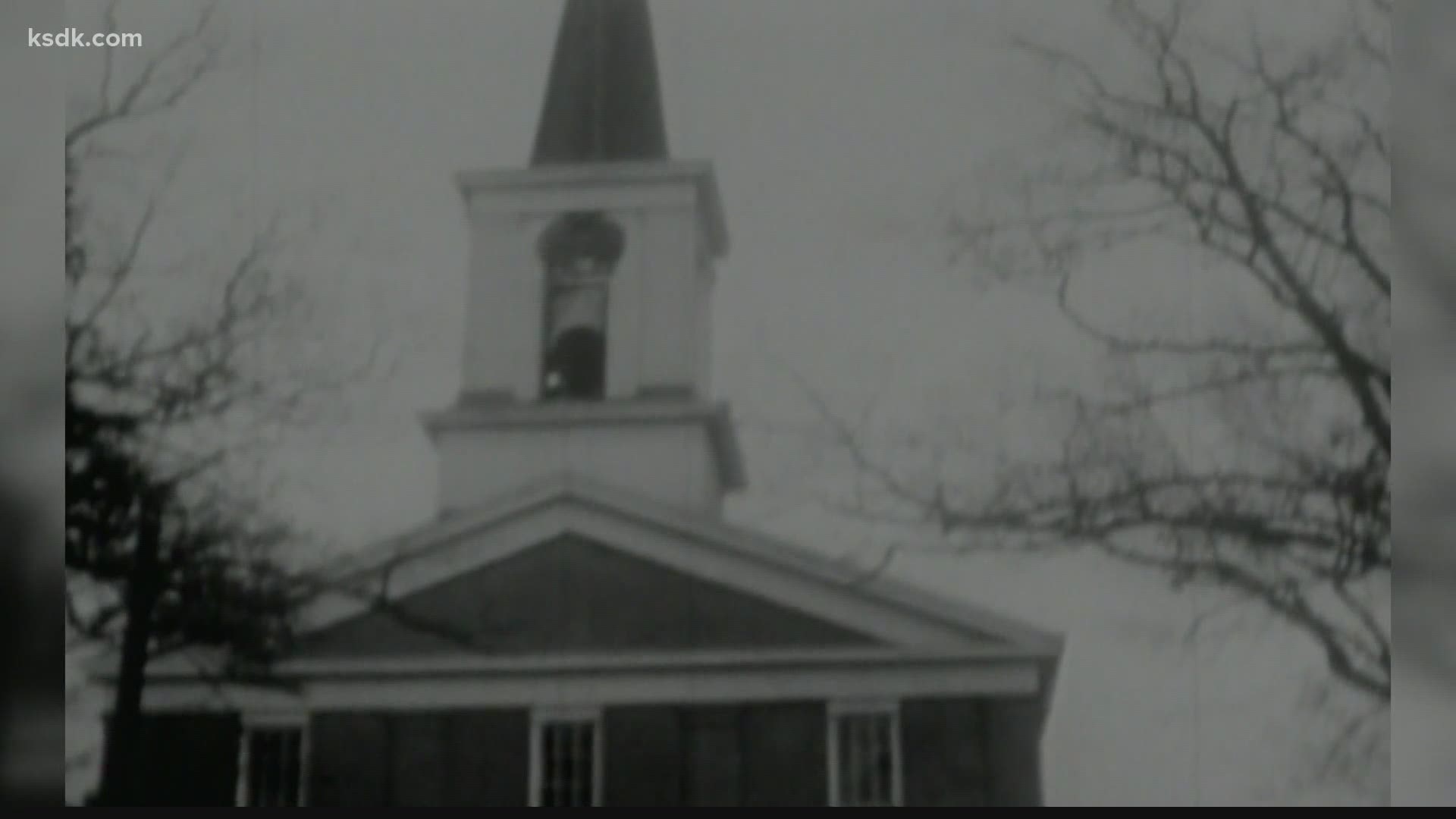 ST. LOUIS — It's known as the oldest college in the State of Illinois.

On this week's Vintage KSDK, a look back at the day students crowded around as the spire was torn down to make way for a new one.

Sixty-two years ago, a familiar landmark in Lebanon, Illinois, was showing its age.

Bothwell Chapel, on the campus of what was then known as McKendree College, was 100 years old and no longer safe.

Famous not only for its weathervane reaching 170 feet above the ground, but for what was inside the bell tower: the oldest bell in the United States, said to date from eighth or ninth century Spain.

Instead of replacing the chapel, McKendree's leaders decided to restore it.

To prepare for what would be a major renovation, the bell was moved to the library for safe keeping.

Then, on Feb. 5, 1959, students gathered around and crews pulled down the spire.

Bothwell Chapel was restored, and its famous bell was re-hung in 1970.

Look for an unveiling event in the future.