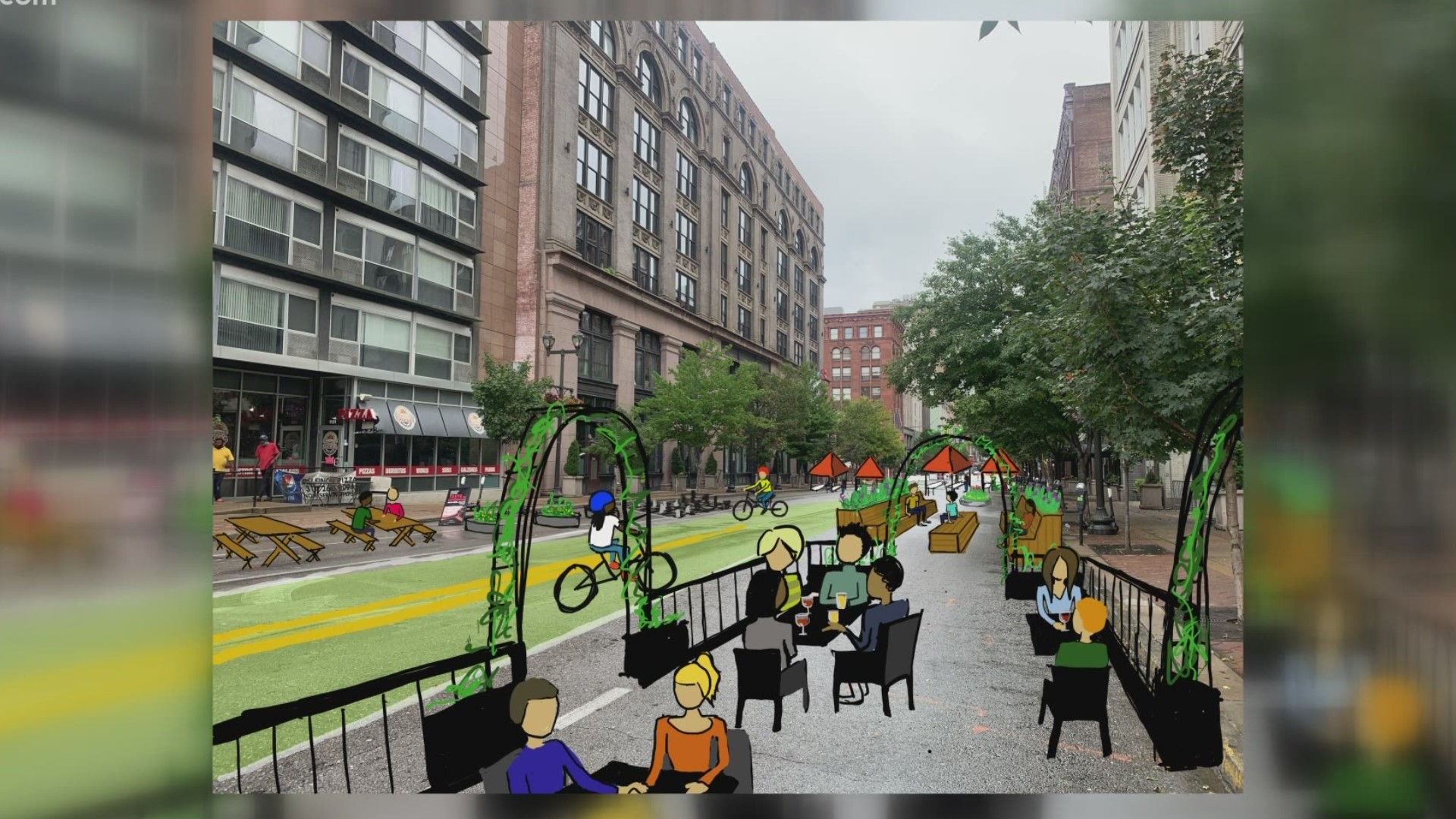 ST. LOUIS — There are people throughout St Louis trying to reimage our city. Samantha Lee is the founder of Samantha Lee LLC. She is looking to turn parts of downtown into places of recreation and relaxation. Where some people see an empty space, Lee can picture something beautiful on the lot.

“Underutilized parcels of land. St Louis has a big vacancy problem,” Lee told 5 On Your Side, saying she has ideas on how to transform the space. “This can be something really cool.”

She started sketching out her plan after passing a vacate patch of land on the corner of Locust and 10th in downtown. She took a picture. The space inspired her.

“Clearly calling me. This is something I need to do,” she said.

“Take it back from cars and vehicle traffic and give it back to the people,” She said.

Lee’s vision includes equipment for fitness and turning parts of the spaces into a sports court.

She envisions this project including pop-ups that making a difference.

She believes it will bring new life to downtown St Louis.

She said St. Louis is known for its parks.

“We are a park city. We have a ton of parks. Forest Park is absolutely beautiful,” Lee added.

She is now driven to make downtown the newest one.

“I’m an optimist for sure,” Lee said.

Check out Lee’s pocket park project on her website here. You can also find her plan on the Facebook page here.