After all these years, Bob Plager gets his parade

On Saturday, the years of waiting for Bob Plager will come to an end. Bobby is getting his parade. 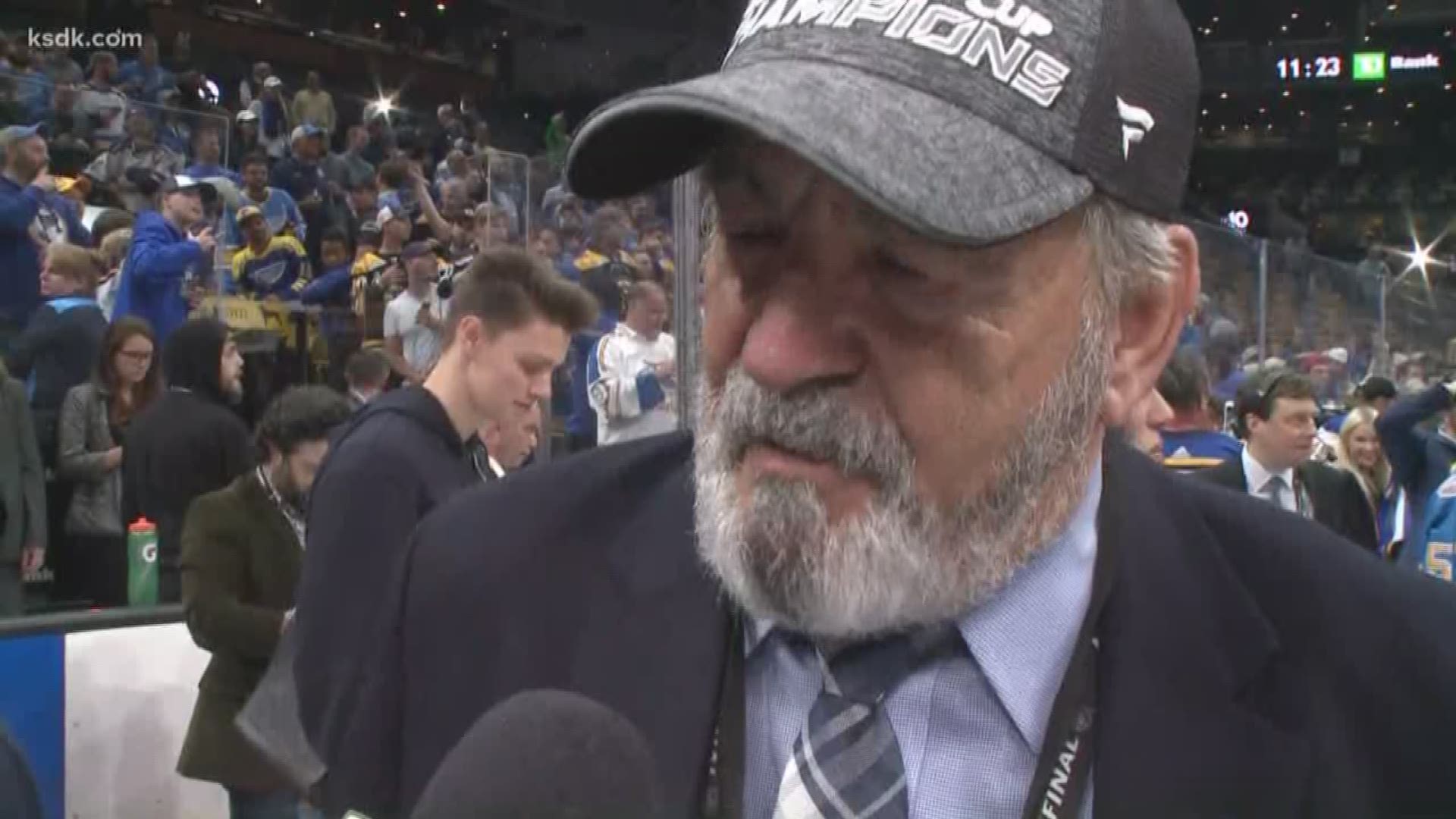 Bob Plager has been here since the beginning.

He's been a player, the Blues' head coach, the director of scouting, vice president of player development, a special assistant to the general manager, a scout, and a minor league coach over the years for the franchise.

Like the rest of St. Louis, he's been waiting all those years for just one Stanley Cup.

RELATED: Your guide to the Stanley Cup parade in downtown St. Louis

RELATED: June 15 will be known as ‘St. Louis Blues Day’

RELATED: This Blues story is sports at its best

On Wednesday, his years of waiting came to an end in Boston.

Plager and St. Louis got their Stanley Cup, and the parade to follow.

After the game, Plager was in awe down on the ice.

"It's unreal," Plager said. "I had three chances and didn't make it but this night makes up for it all."

Bob Plager talks after the Blues win the Stanley Cup

The parade has always been something Plager has talked about since he came to St. Louis. Now that parade is going to be a reality, and he's going to be riding along with it.

It turns out, he actually called this Stanley Cup win and parade back before the season began.

The Blues mic'ed up Plager for Game 7 against the Bruins, and it's really something you need to see.

Bob Plager has been all of us during this Blues run.

He wears his emotions on his sleeve, and sometimes can't even watch the games because he's so nervous.

He's resorted to pacing the halls of the press box during the 2019 playoffs, just waiting to hear the roar of the crowd.

The Blues brought it home for Bobby. Now all that's left it to show off the Stanley Cup for all of St. Louis to see as the party rolls down Market Street.

On the ice after the Blues won the Stanley Cup