A neighbor told 5 On Your Side the teenagers were inside a first floor apartment, which she believes was vacant, when the shooting happened. 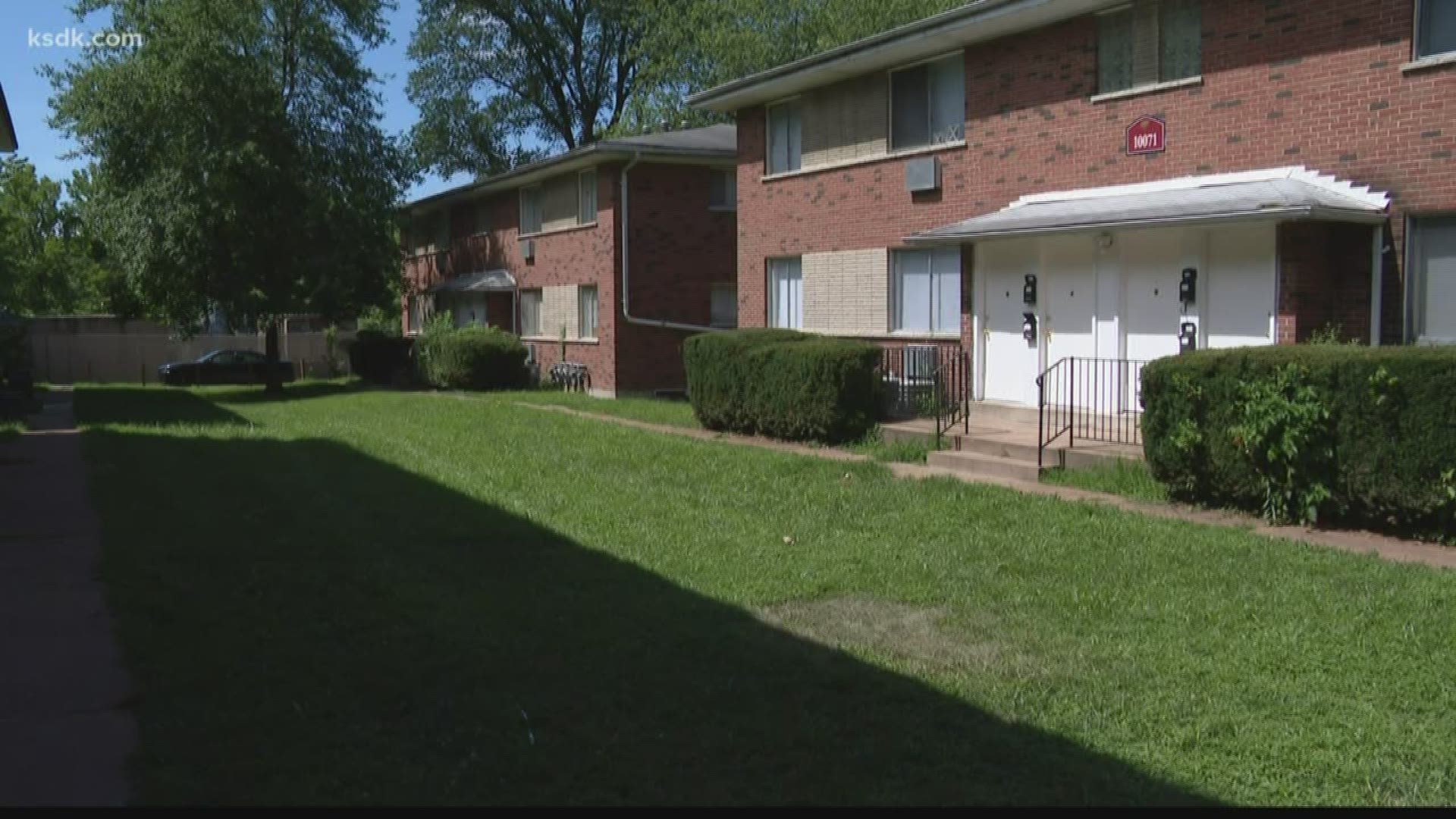 ST. LOUIS COUNTY, Mo. — Gunfire has claimed another young life in the St. Louis area. This time the victim is a 14-year-old boy.

It happened this weekend at a north county apartment complex. The victim has been identified as Ien Coleman, of the 2100 block of Chippewa in south St. Louis.

Police said Coleman was at the Riverview Park Place apartments with other teenagers when he was shot.

Twenty-year-old Dedrick Garrett lives at the same apartment complex. He said shootings are not a rare occurrence.

"They really need to come out here and clean this up because it's dangerous out here," Garrett said.

A neighbor told 5 On Your Side the teenagers were inside a first floor apartment, which she believes was vacant, when the shooting happened.

Officers were called to the 10000 block of Toelle Lane just before 11 a.m. Saturday for a welfare check. That's when they discovered Coleman, who had a single gunshot wound. He was pronounced dead at the scene.

Police said a boy has been identified as a person of interest in connection with Coleman's death. Police said the two boys knew each other. So far, no one has been arrested.

READ MORE: These are the 10 children fatally shot in the St. Louis area this summer

Coleman's death brings the total number of children fatally shot in the St. Louis area since June to 10.

On Friday, a 10-year-old boy was shot in the chest in a drive-by shooting as he was sitting on his porch in north St. Louis’ Lewis Place neighborhood.

Just last week, a 16-year-old Bayless High School student was shot and killed in front of his home.

Anyone with information should contact Crimestoppers 866-371-TIPS or the St. Louis County Police Department at 636-529-8210.

RELATED: 'It's starting to be normal' | 10-year-old is eighth kid killed in St. Louis area since June