'He was an innocent kid having fun' | Family wants justice for 14-year-old killed in East St. Louis

"He was looking forward to celebrating his birthday next month and going to high school in the fall," say relatives of Kyeiontae Stidimire. 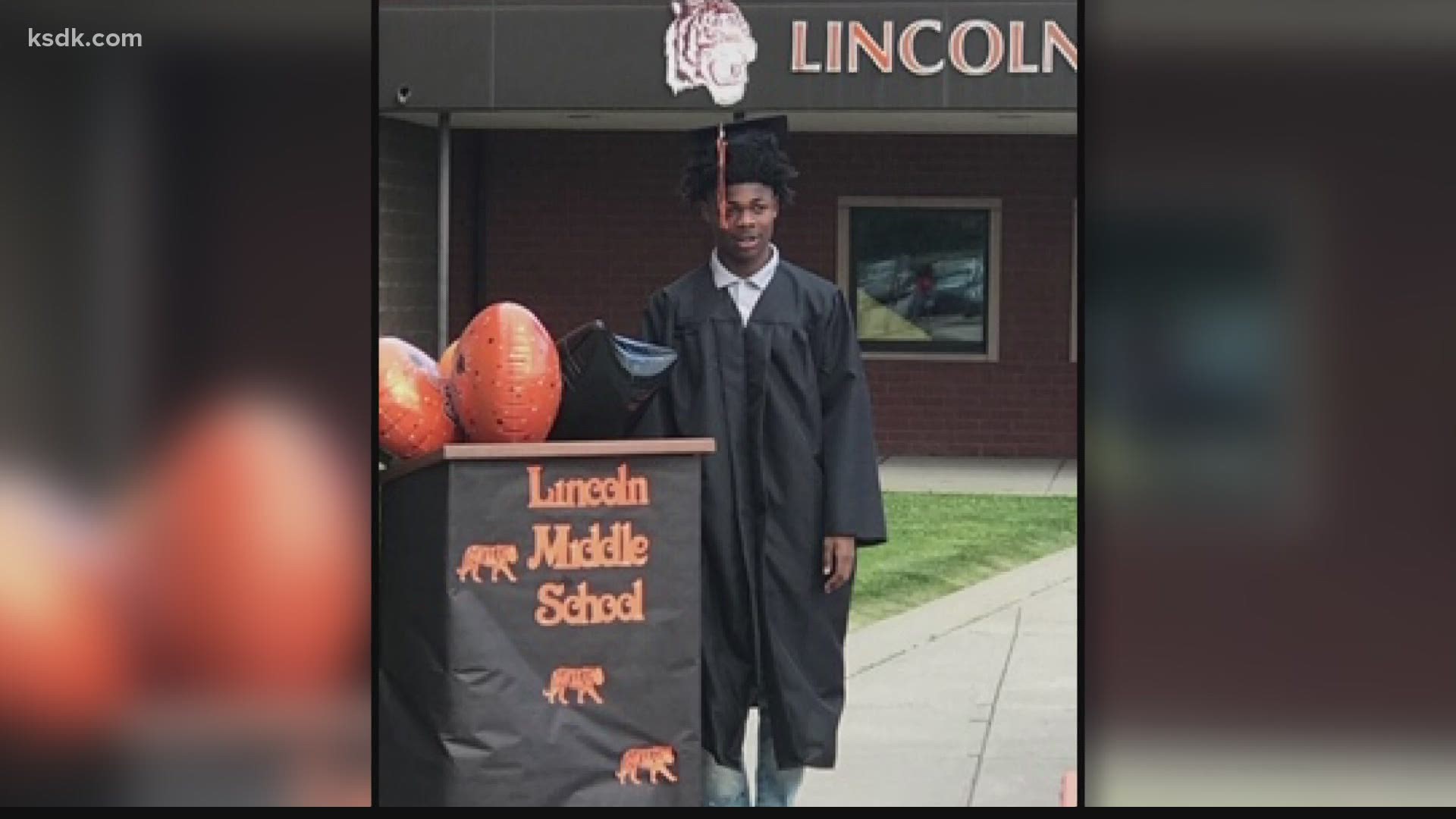 EAST ST. LOUIS, Ill. — Kyeiontae Stidimire just graduated from eighth grade at Lincoln Middle School in East St. Louis. He was looking forward to being a freshman at East Side High School in the fall and turning 15 next month.

He was one of seven kids in his family, and a “really good kid who loved basketball,” his uncle Corey Stidimire said Friday.

But earlier this week, Kyeiontae’s future was cut short. He was shot and killed while playing outside.

His family members told 5 On Your Side the 14-year-old was having fun Tuesday night lighting fireworks with his older brother and some friends when all of a sudden they heard gunshots. Loved ones described bullets ripping through the air, hitting parked cars and possibly the nearby John DeShields House Complex.

Kyeiontae also was hit — and was instantly killed.

"It's devastating. It's beyond heartbreaking, " said Christine Stidimire, his aunt.

His family cannot believe they're now preparing the teen's funeral.

"The whole family is crushed, especially his mother. It was so unexpected. He was just an innocent kid," added a furious Christine Stidimire.

Police said a 3-year-old girl and 16-year-old boy also were shot and rushed to a hospital. They've since been released.

Kyeiontae, his mom and his six siblings lived in the neighborhood for years.

"It's ridiculous. It's madness. It's sad that they have to live like this. It just makes no sense," Christine Stidimire said.

Friday night, dozens of family members and friends lit candles and released balloons outside the boy's home in memory of their young loved one who died too soon.

"It hurts you know. It's hard. We just want justice for him," said Corey Stidimire.

"It's horrible. Whoever shot him needs to come forward. I pray that they have a conscience, tell us something. We just want to know why? We didn't deserve this. His mom doesn't deserve this. Everybody loved him," said Christine Stidimire.

Illinois State Police are still looking for the shooter.

RELATED: 2-year-old picks up gun at St. Louis house party and shoots himself in the foot