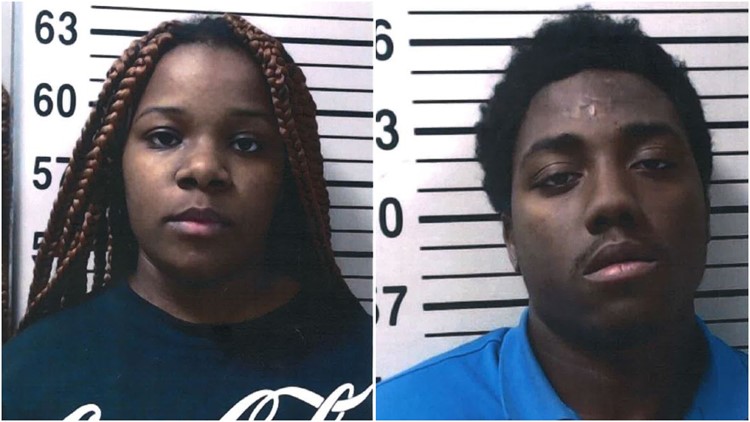 3 charged after 150 cars broken into in Madison County area

MADISON COUNTY, Ill. — Two 19-year-olds and a minor were taken into custody after police said they were responsible for an estimated 150 thefts from cars in the Madison County area over the past week.

They are also suspected to be involved in the theft of two cars.

Keisha Nichole Lytle of Wood River and Deandre M. Gilmore of Alton, both 19, were both charged with one count of offenses relating to motor vehicles and seven counts of burglary.

A juvenile was also petitioned to the juvenile courts in connection with the offenses as well as offenses of aggravated assault on a police officer. Another juvenile was questioned and released.

On Thursday, the Madison County Sheriff's Office began investigating vehicle burglary reports and two car thefts in the area of W. Delmar Avenue in Godfrey, IIllinois. During the investigation, they discovered the thefts may have been related to recent thefts in the Alton, Illinois, area.

Working together, the sheriff's office and the Alton Police Department were able to find one of the stolen cars and take the three suspects into custody. The investigation further revealed that the suspects may be involved in around 150 car burglaries in the Godfrey and Alton area over the past week.

Most of the targeted cars were unlocked, police said, and so the thefts went unreported or unknown. Police are reminding people to lock their cars to deter thefts.

The case is still under investigation.