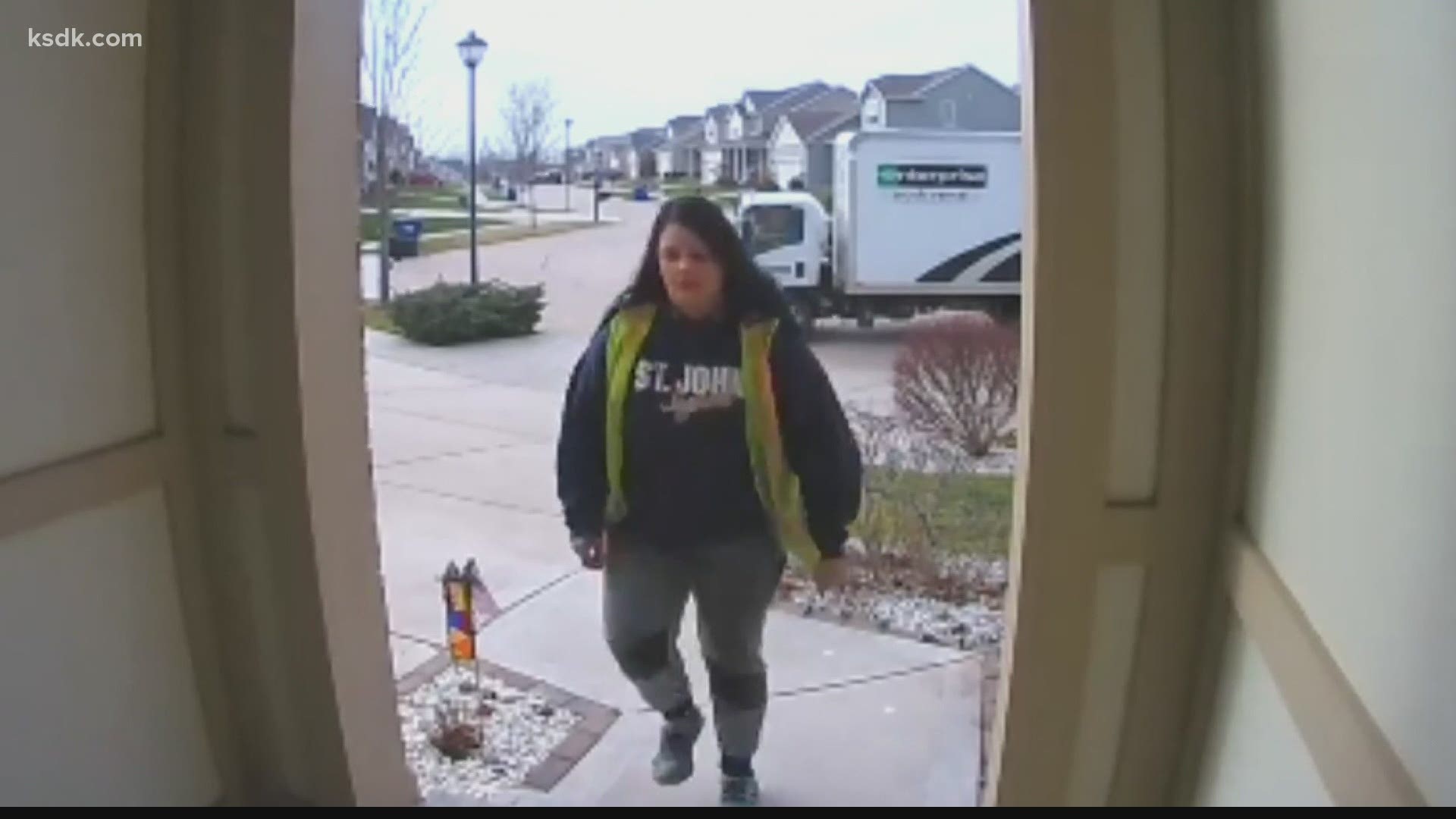 Alyssa George, 22, of O’Fallon, Illinois, has been charged with stealing after police in O’Fallon, Missouri, St. Charles County and Wentzville say she stole about 20 packages from the porches of multiple homes between Dec. 15 and 17.

Police described George as “uncooperative.” She would not answer her door and texted a police detective stating she had an attorney and would not speak to them, according to court documents. There is no attorney listed for her in online court records.

George told her acquaintances, “she did not care, they don’t know my name, this will all blow over,” according to O’Fallon, Missouri police.

O’Fallon, Missouri police said numerous social media responses and phone calls came in to their detective bureau after still images of the thefts circulated. Police compared George’s Illinois Department of Revenue photo to the surveillance video captured by a NEST camera to identify her, according to court documents.

At the time of the thefts, George was working for Southland Parcel, which delivers packages for Amazon. While delivering packages for Amazon, police said George and another man would stop at homes along their route and steal packages, according to court documents.

The man has not yet been charged.

And George told police she no longer worked for Amazon.

A loss prevention manager for Amazon also confirmed George’s employment with police, showing a photo of George arriving to work wearing a sweatshirt with a St. John Jaguars logo on it, which was seen in the surveillance footage, according to court documents.

Some of the items police believe George stole include a Weber Grill Accessory Kit, socks from Target, two pairs of pants for a teenager, deodorant, an Instant Pot, groceries and Christmas lights. The total value of the items is more than $750, which is why George has been charged with a felony.

Police were able to return the Weber Grill Accessory kit to its rightful owner, but court documents do not indicate whether police found the other stolen items.