Police said the officer's injuries were not expected to be life-threatening. He was taken to the hospital for treatment 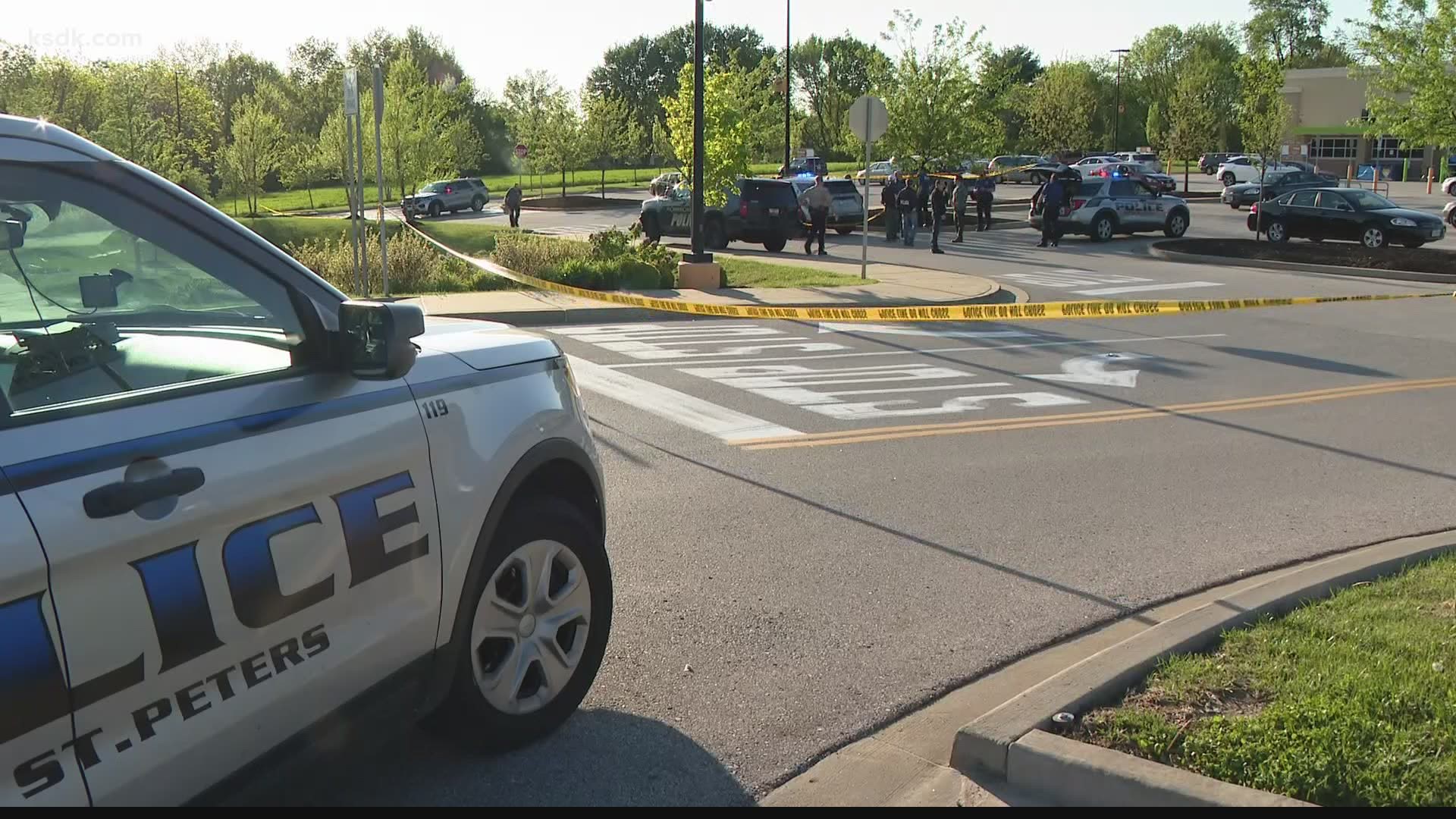 ST. PETERS, Mo. — The man suspected of shooting a police officer in St. Peters was shot and killed by sheriff's deputies in Lincoln County on Thursday night.

St. Peters police said one of their officers was conducting a traffic stop in the 3000 block of Mid Rivers Mall Drive at around 5:40 when he was shot in the leg. Police said the officer's injuries were not expected to be life-threatening. He was taken to the hospital for treatment and has since been released.

A Blue Alert was issued out of St. Peters for a Blue Chevy Trailblazer with Missouri plates 5SAY50 after the shooter was able to flee the scene.

A Blue Alert is issued when police are looking for someone who has seriously injured or killed a police officer.

The man was identified Friday as Joe Robideau, 21, of Troy.

Deputies chased Robideau to the 2600 block of Meyers Road, where Robideau got out of his car and started firing at deputies, first from one rifle and then from another, according to a press release from the sheriff's office.

The press release said two deputies returned fire, and Robideau was shot and killed. No deputies were injured, but a marked patrol car was "riddled" with bullet holes, according to the press release.

Robideau was taken to a hospital where he died of his injuries.

The two deputies who fired shots have been placed on administrative leave pending an investigation by the Missouri State Highway Patrol, per department policy.

The St. Peters officer is a 41-year-old man who has been with St. Peters Police Department for less than a year and is a recent graduate of Eastern Missouri Police Academy. He was released from the hospital this evening around 8:30 p.m. after receiving treatment for his gunshot wound.