ST. LOUIS COUNTY, Mo. — There’s nothing worse than a retired cop with nothing to do.

And no outlet for them to use their talents.

That’s what I learned during my interview this week with newly-minted St. Louis County Police Chief Mary Barton.

She was joking, of course.

But as one of my former editors once told me, “There’s always some truth in jest.”

She was talking about her husband, retired St. Louis County Officer Clay Peeler, who is one of about a dozen retired county officers who have come back to duty to help the department navigate through the coronavirus outbreak.

The retired officers are helping manage tasks primarily at the Emergency Operations Center and at the Dignified Transfer Center, according to department spokesman Sgt. Benjamin Granda.

I asked Barton if she was happy her husband had come back to work.

That’s what prompted her joke.

But she also got serious.

“He needed to come back,” she said. “The sense of duty doesn’t end once they retire.”

Peeler specializes in crime scene investigations, and is using his expertise to prepare for mass casualty events for the department, Barton said.

And, apparently, he shares his wife’s wit.

She’s always held a higher rank in the department than him.

“He tells people I make him salute me at home,” she said. “But that’s not true. It’s never happened.”

On Thursday, Peeler pinned his wife’s shiny new badge on her uniform during the swearing-in ceremony.

He was one of a select few who were allowed to gather for the moment that’s usually attended by hundreds.

But, due to the coronavirus outbreak, she couldn’t have her extended family there, or even the rest of her department family.

And it was a moment Barton told me she didn’t see coming.

She remembers getting a call in March from retired Judge William “Ray” Price, who is now the chairman of the police board that appointed her. He told her she needed to come to Clayton. She said she figured they were having all of the candidates come to headquarters for the announcement of who was about to be named, and she got stuck behind a truck.

“I kept thinking, ‘I hope they can go on without me,’” she recalled. “I just walked in the chief's office and there was nobody around. I thought, ‘Oh, good, he did it without me. And I didn't make everybody wait on me.’

“And I walked in the board room and they said, ‘Have a seat.’ And I said, ‘OK, what's going on here?’ Chief sat down next to me and Judge Price said, ‘We’ve selected you as chief,’ and I said, ‘What?’

“And the rest of it kind of went by in a haze. It really did. It was kind of surreal. It really was.”

Of course, she called her husband to share the news.

And now, she’s his boss again.

Watch for Christine Byers' column every Friday. She will go beyond the headlines of the week's top stories.

RELATED: 'Stand in there and fight, because it's worth it', new St. Louis County police chief says 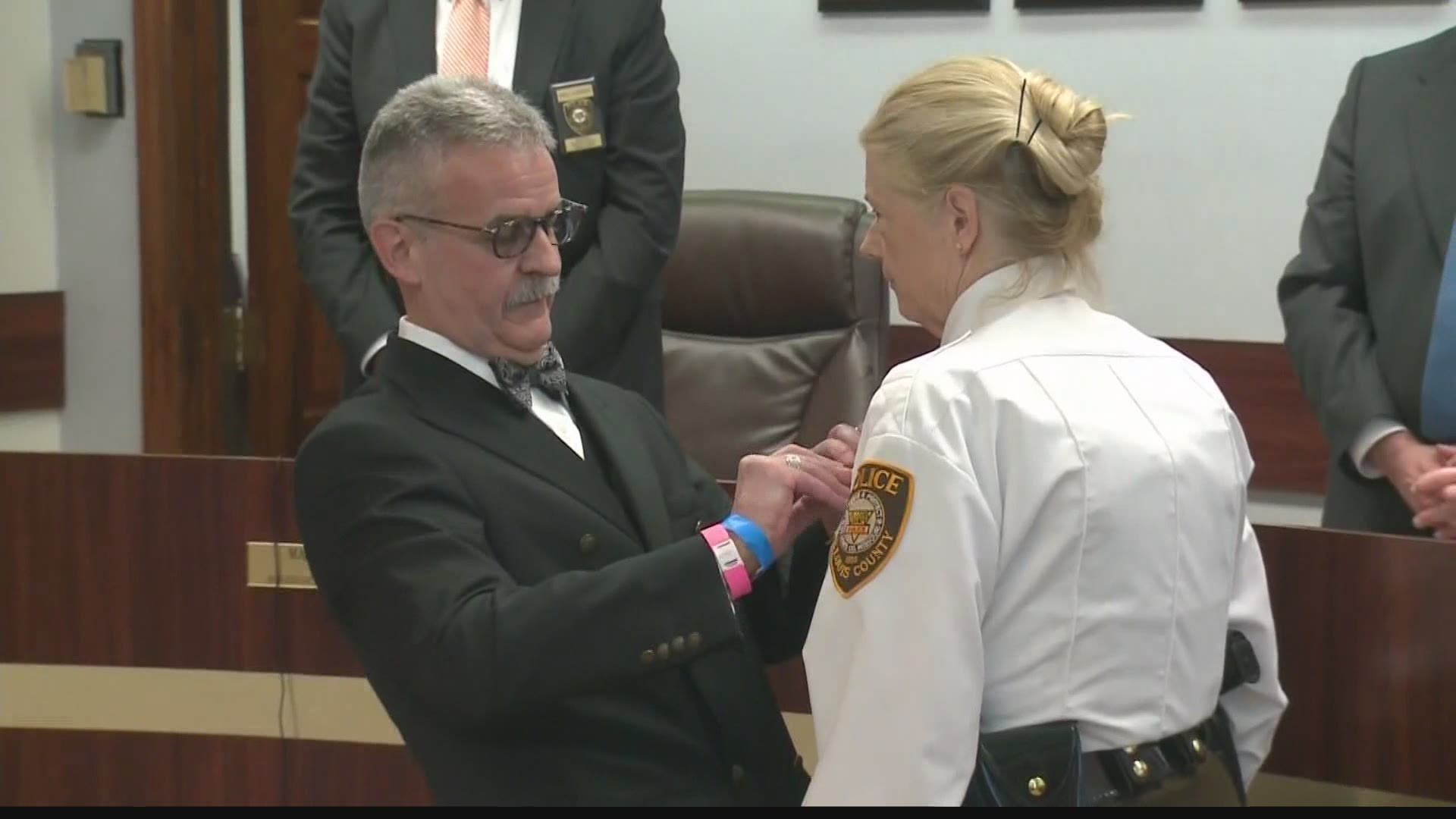