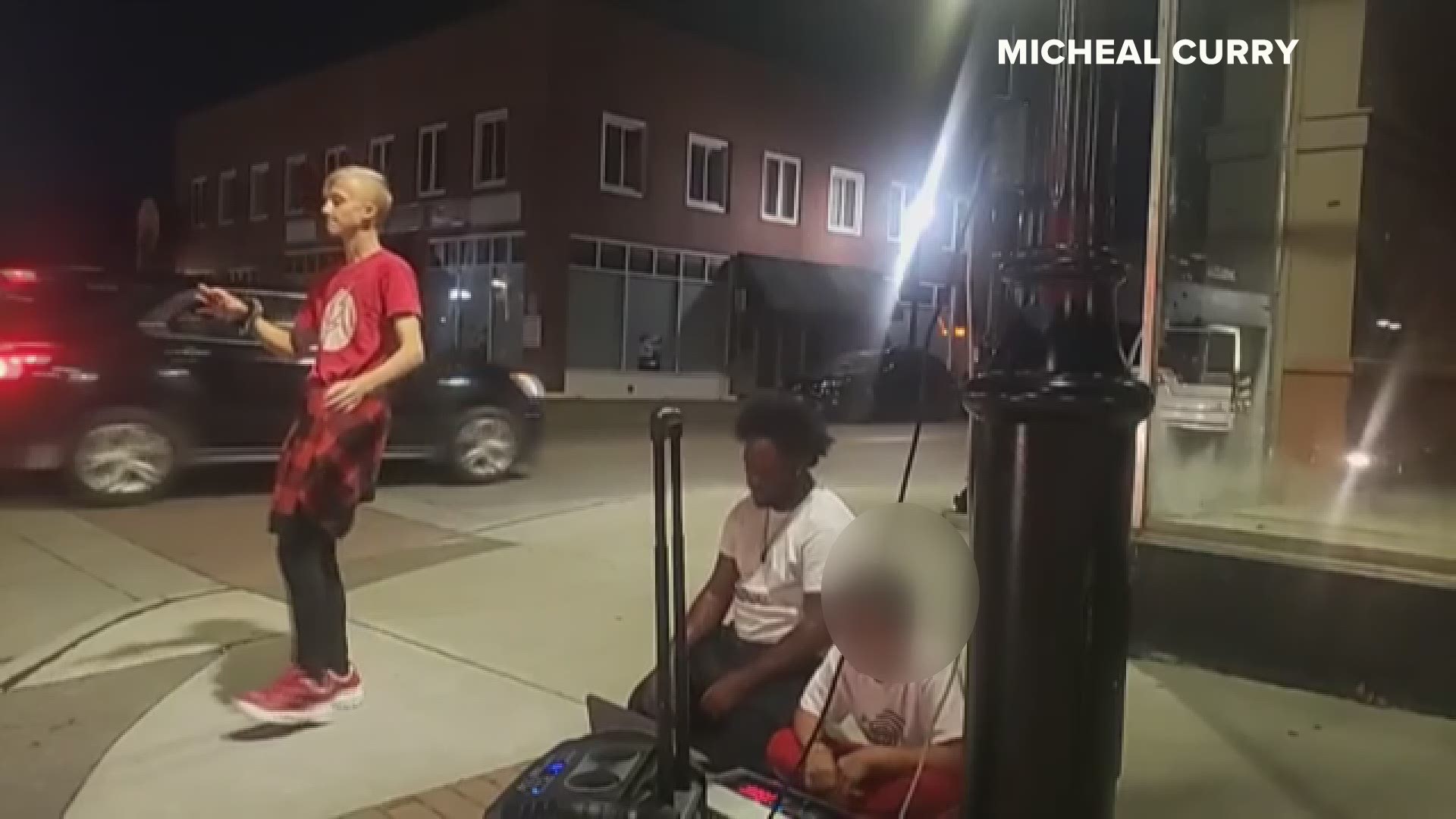 CAPE GIRARDEAU, Mo. — The man who randomly sucker-punched a 12-year-old boy who was dancing on a sidewalk was sentenced to seven years is prison.

Cedric Moore changed his plea from not guilty to guilty earlier this month and was sentenced by a judge for second-degree assault in Cape Girardeau.

A viral video captured the unprovoked attack on 12-year-old Ethan Hagler while he was dancing on a Main Street sidewalk last July with his dance instructor Michael Curry and another young boy.

An SUV pulled up behind the group and a man jumped out of the passenger side. The video showed him sneak up behind Ethan and punch him in the head, knocking him to the ground. Curry ran after the man as he jumped back into the SUV, which sped off.

"And all of a sudden I see him punch my kid and instantly, my first reaction is what? Why?" Curry said in the days after the attack. "You know, I tried to chase him back to the car. And as soon as I got the car, I saw there was two other people in the car. So I had to think about my child. He's laying on the ground. And from there, it was a lot of people that came up to help, especially Shaker's the bar downtown that we usually set up in front of."

Ethan appeared dazed after the attack while onlookers came to his aid. His mother, Stephanie Hagler, told 5 On Your Side in July 2020 he suffered a bloody nose and a concussion. When she came to get him, she said there was a decent pool of blood on the sidewalk.

"I've never seen a tougher, braver kid, especially in that kind of a situation. You know, he just held his head back," she said. "He was not going to let somebody see him cry. He was so strong and so brave when he had no reason to have to be so."

Police used video to identify Moore as the suspect and put out a warrant for his arrest. He turned himself in several days later.

Moore previously pleaded guilty to first-degree endangering the welfare of a child and driving while under the influence. He was sentenced to probation for domestic assault in April 2019, and the mother of his child was granted an order of protection against him, also in 2019.

"The public has understandably expressed a desire to see Moore charged with a hate crime for this heinous crime," the department said in a previous statement.

"In accordance with state statutes, this charge would only apply if the assault was categorized to a lesser degree, which would not be in the best interest of seeking true justice for the victim."