The man was charged with first-degree murder. Police said the prosecutor's office denied charges against the woman who was arrested in the case 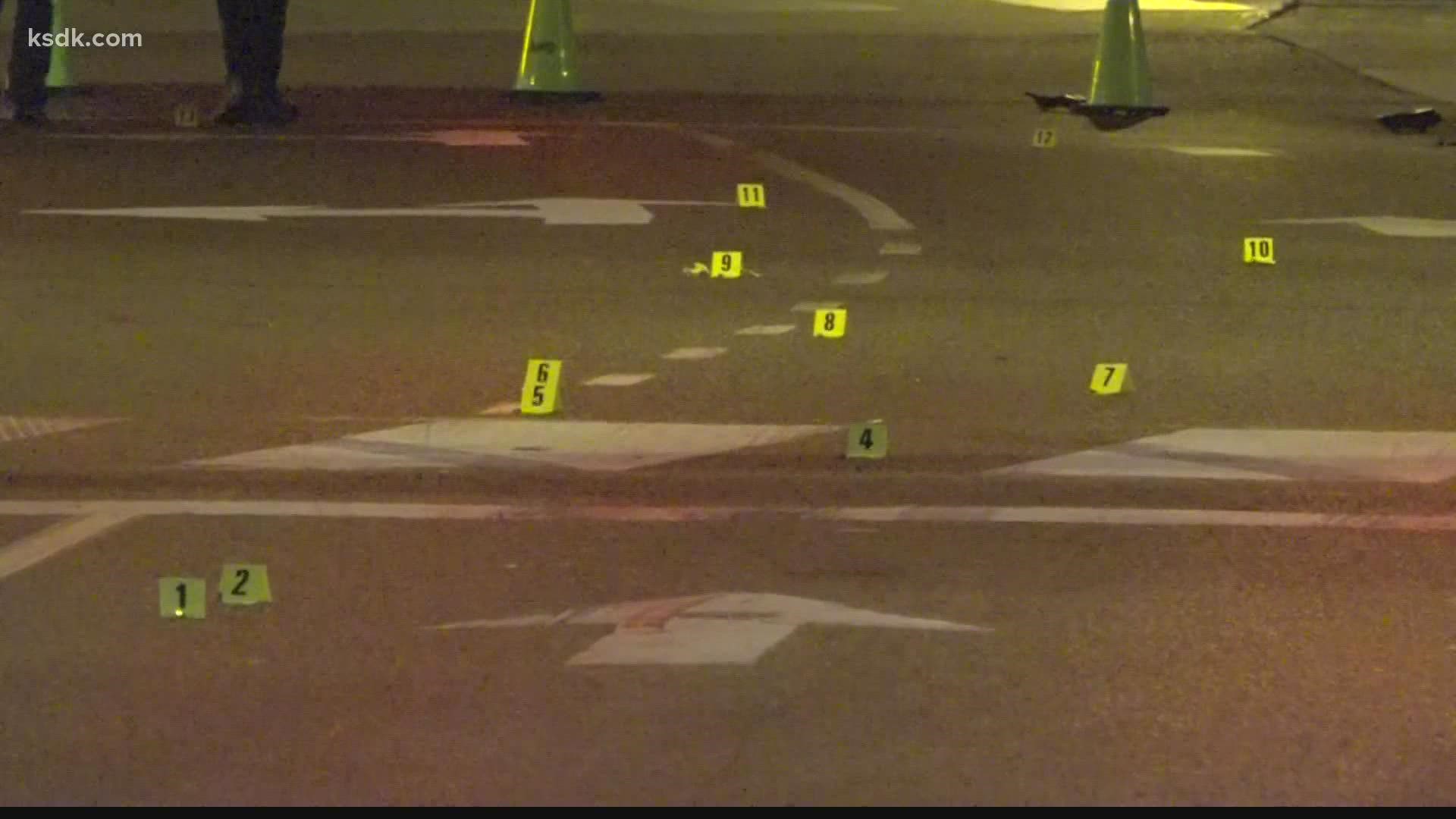 ST. LOUIS — Surveillance video helped track down suspects in a shooting that left a man dead in a car on the grounds of the Gateway Arch early Tuesday morning.

The St. Louis Circuit Attorney's Office charged the man, identified as Mark Perry, with first-degree murder, armed criminal action and unlawful use of a weapon.

Police said the prosecutor's office denied charges against the woman, requesting a follow-up from investigators. 5 On Your Side has emailed the circuit attorney's office for more information on the decision. The teen was turned over to the juvenile courts.

Earlier this week, St. Louis police were called to Washington Avenue and Second Street for a shooting. When officers arrived, they found a car stuck in a concrete stairway. Inside, there was a man with multiple gunshot wounds.

The victim was pronounced dead at the scene. He was later identified as 29-year-old Brandon Scott.

A 5 On Your Side crew observed several bullet holes in the car, including a few in the windshield.

Police sources also told 5 On Your Side they found evidence from the shooting along Washington Avenue from Memorial Boulevard to Fourth Street.

According to a probable cause statement for charges against Perry, police collected shell casings from two different firearms.

A detective investigating the shooting tracked down surveillance video from the area which captured the shooting and the suspect vehicle. The investigator traced the car back to the registered owner — the woman arrested in the case.

That woman told police she was in the car with Perry and the teen when the shooting happened. She said Perry was in the back right side passenger seat. The police detective said the surveillance video showed two guns pointing out of that window and gunshots being fired at Scott.

Police believe road rage may have been the motive, according to sources familiar with the investigation.

Tuesday morning, park officials worked to clean debris left behind after the incident. They told 5 On Your Side the area would be marked off, but it wouldn’t impact the ability to visit the Arch.

UPDATE: Crews from the National Park Service are cleaning up the debris. They’ve put up caution tape. I just spoke with a representative from the arch grounds. The area will be marked off, but it will not impact people’s ability to visit the arch today. @ksdknews #TISL pic.twitter.com/s3HM1qBccy