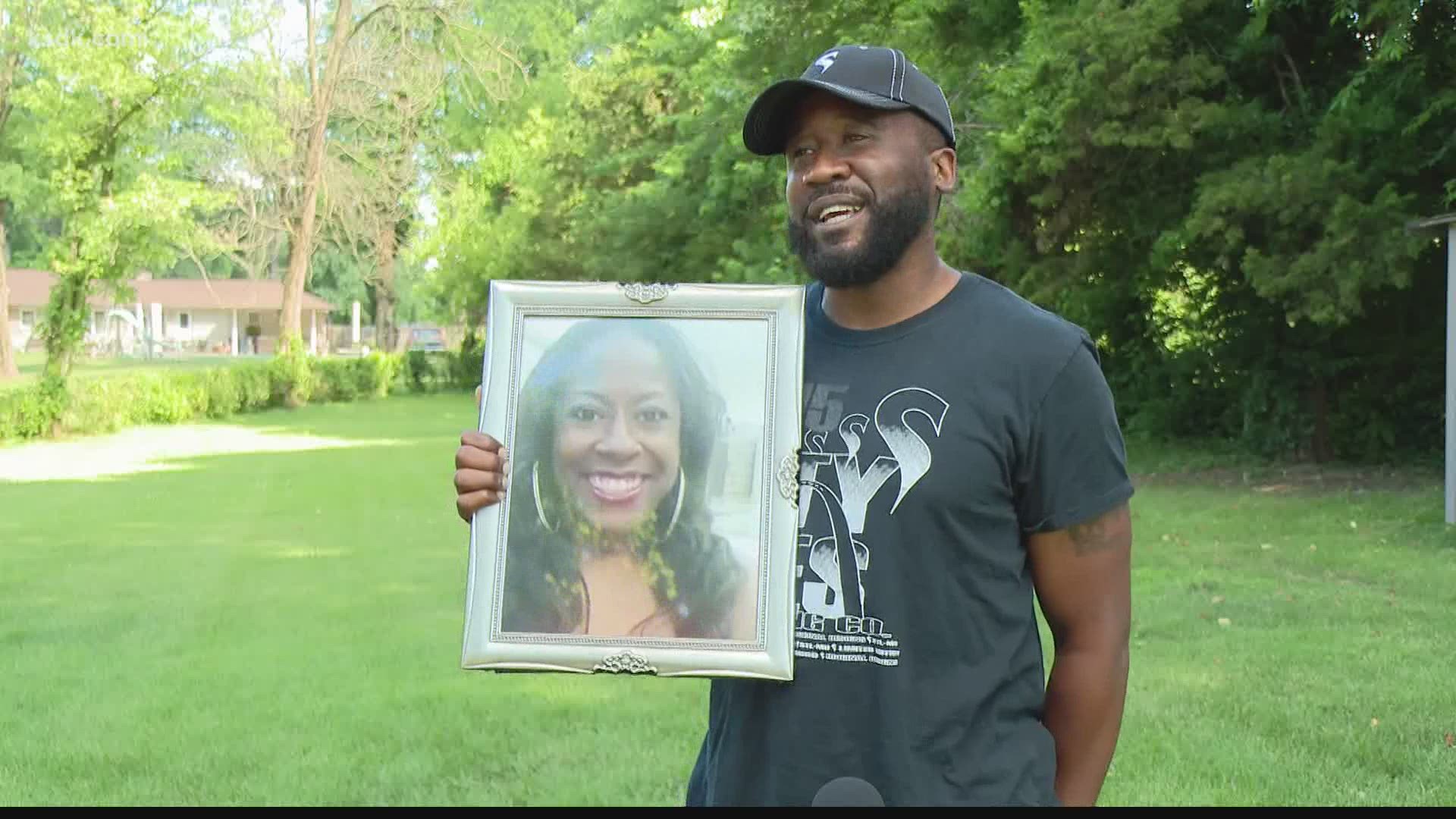 ST. LOUIS COUNTY, Mo. — Relatives are remembering a woman who was shot and killed inside a St. John Applebee's restaurant Monday night.

Kimberly Ratliff-Penton died in the shooting that also left her best friend injured and a 20-year-old firefighter fighting for her life in the hospital.

Courtney Washington, a 28-year-old St. Ann resident, was charged with the three crimes after he was taken into custody Tuesday.

Police said the accused gunman brushed up against a waitress before he started shooting and said something along the lines of "things are about to get real."

Credit: St. John Police Department
Courtney Washington, 28, was charged with first-degree murder and two other crimes in connection with the triple shooting of three women at an Applebee's on June 22.

He added that investigators have not been able to find a connection between the suspect and victims, and they still do not know why he shot the women.

George Penton told 5 On Your Side he found out about his wife's death the next morning after she never came home. He recalled the last conversation he had with his wife before her life was taken.

"She gave me a kiss, told me she loved me, I told her I loved her too, then she left and that was the last time I saw her alive," Penton said. "It's just, I'm so glad that our last words were I love you to each other. Just thinking about the senseless murder she was involved in and at the time just to think she saw her friend get shot and for the gunmen to turn the gun on her you know I just, it hurts me so bad to think about that. I know she was terrified. It's just crazy to think about that whole situation."

Penton also reacted to news of the accused shooter being taken into custody and charged.

A GoFundMe page has been started to help with funeral expenses.

More coverage of the shooting: