Vacationing family shot at on I-55 in Jefferson County; father injured

A man was shot in the leg while in an SUV on the interstate near Pevely. Police in St. Louis County later pulled over the suspect car and arrested two women. 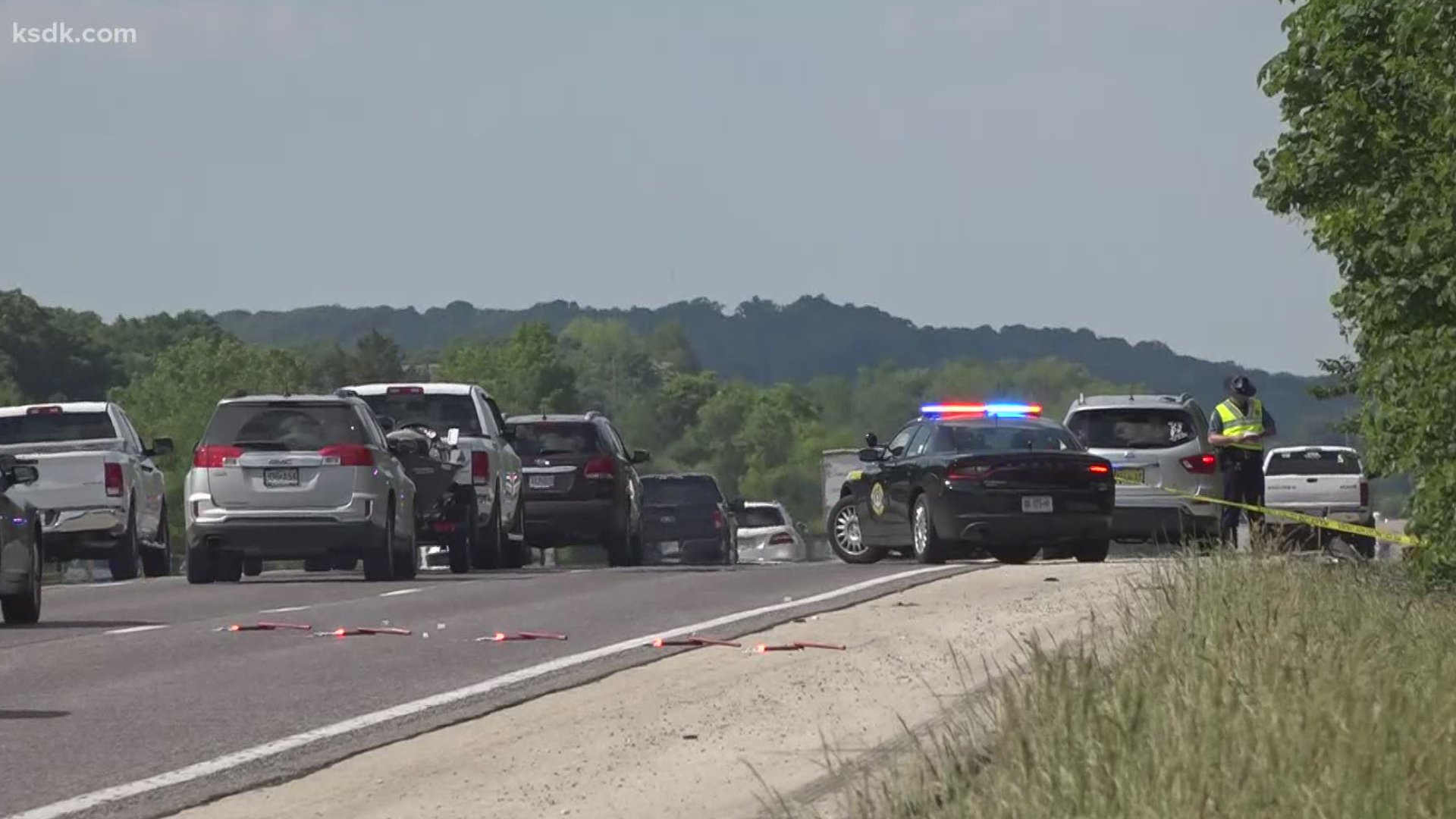 JEFFERSON COUNTY, Mo. — A family on their way to vacation in Kansas City was shot at while driving through the St. Louis area Friday afternoon. The father of the family of six suffered a gunshot wound in the leg.

Just before 3 p.m., police and an ambulance responded to northbound Interstate 55 near Pevely in Jefferson County. Traffic cameras from MoDOT showed emergency responders surrounding a vehicle that was on the right shoulder.

The family from Tennessee was on I-55 when two women in a white Ford Focus pulled up alongside them and fired four shots into their SUV. They told police investigators they don't know what prompted the gunfire and there had been no altercation leading up to the shooting.

Investigators with the Missouri State Highway Patrol said the father, in the passenger seat, was shot in the leg. The mother, who was driving at the time, and four kids in back were not hit. The man was taken to the hospital with what appeared to be non-life-threatening injuries. Two of the children were younger than 2.

Credit: KSDK
The vehicle of the family that was fired upon while passing through St. Louis.

Police tracked the occupants of the white Ford Focus to Olive and I-270 in Creve Coeur, and two women were taken into custody. There was no word on their identities or possible charges against them.

At an auto repair shop in Pevely on Friday night, 5 On Your Side found the victims’ Nissan Pathfinder. Two bullet holes are visible in the front passenger door.

The State Highway Patrol is investigating.

5 On Your Side's Colin Jeffery and Jacob Kuerth contributed to this report.