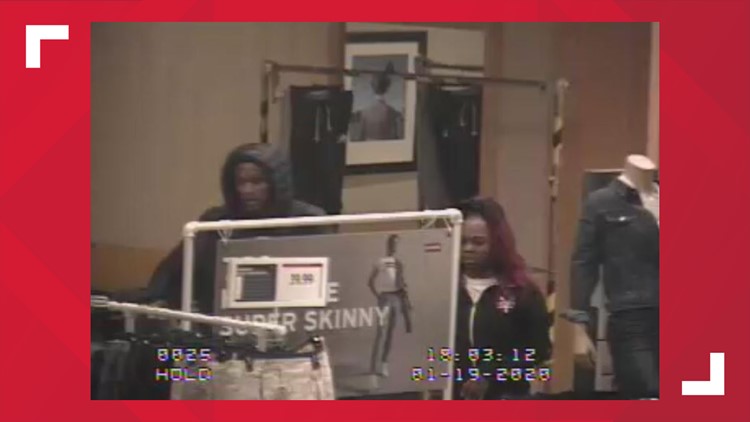 Around 12:15 p.m., officers responded to Macy’s for a call of a man and woman stealing from the store. St. Peters police said an officer arrived on scene almost immediately and tried to apprehend a man as he fled from the store. The man jumped into a passenger’s seat of a car being driven by the woman in the photo.

While speeding off, the car ran over the officer’s foot and fled the scene.

Police said the officer was not injured during the incident.

The car that fled is a white four-door Hyundai Sonata, newer model, with no visible license plate.